The global tuna market size was valued at $39.3 billion in 2020. One of the key drivers for the global tuna market is the increasing demand for processed/ready-to-cook tuna due to hectic consumer lifestyles. Another growth catalyst is the growing consumer preference for lower-fat protein-rich meat alternatives like tuna.

Tuna is an extremely versatile fish enjoyed fresh-cooked, frozen, canned, or inside sushi rolls or a sandwich. Almost 60% of the total tuna comes from the West and Central Pacific Ocean (WPCO).

In this post, we highlight more than 185 tuna marketing slogans and quotes to help promote a food business or simply to share the accomplishment of a well-made tuna melt with friends on social media. 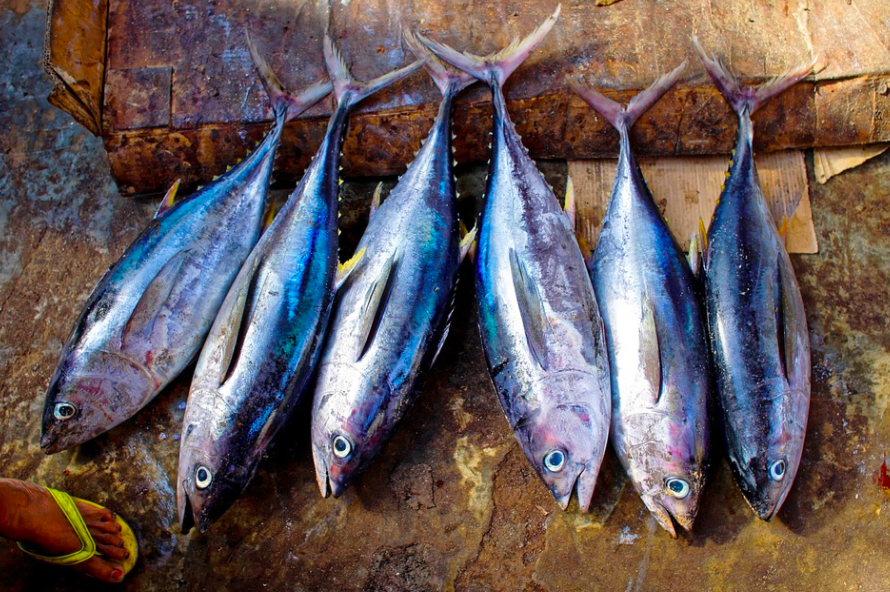 We Make Every Day Tuna Day
Let There Be Tuna
Have a Good Tuna Day
I Wish For Fish
Healthy Tuna in Your Tummy
A Taste of the Sea
Roe, Roe, Roe Your Sushi Boat
Time For Tuna
Long-Time No Sea
This is How We Tuna
From the Ocean To Your Plate
Good To Know Tuna
You Wouldn’t Wanna Miss Tuna
Tuna, Let The Good Times Roll
Catch of the Day
Stuffed to the Gills
You Had Me at Tuna
It’s Tuna O’clock
No Such Thing as Too Much Tuna
The Best Tuna Destination
Keep Your Friends Close and Your Tuna Closer
Never Too Early for Tuna
Welcome to Tuna Heaven
Keep the Tuna Coming
Dive in to Seafood Goodness

“Instead of finding ways to discourage people from eating seafood, we should be busy finding ways to help everyone eat better. Canned tuna is so healthy and affordable that everyone can easily gain its benefits as part of a healthy diet.” – David Burney

“Fresh seafood reminds me of Hawaii and eating raw ahi fish on the beach with a little soy sauce – instant sashimi.” – Marie Helvin

“From the standpoint of public health, the real risk for the public is not getting enough fish and canned tuna in the diet. We need to end the confusion over mercury in fish for the welfare of all Americans and especially low-income consumers whose health will benefit the most from consuming fish and canned tuna on a regular basis. Those who depend on canned tuna the most need to know how healthy and safe this product is.”- David Burney

“An Asian way of eating and living may help prevent and even reverse the progression of coronary heart disease, diabetes, hypertension, obesity, prostate cancer, and breast cancer. Incorporate more fruits, vegetables, whole grains, legumes, soy products, and fish into your diet. Eat at home more with your family and friends.” – Dean Ornish

“Seafood has always been a huge part of Massachusetts. I feel that the farm-to-table movement has highlighted the efforts put out by the fishermen and all their hard work. Fish is very seasonal, too, so it plays a big part in not only getting the best, but the first of the seasonal catch. Customers are becoming very well educated about the product, so they understand and read menus that highlight that great product. As long as the chefs have a close relationship with their fishermen, it can only help to continue innovation and the ability for chefs to show off the best.” – James Hackney

“This study provides encouragement to all American men who are concerned about prostate cancer. Accumulating evidence suggests that the omega-3 fatty acids in seafood may exert a protective effect against the spread of prostate cancer. A simple step like adding canned tuna and other fatty fish to the diet can help stop the spread of this disease in men with early prostate cancer. This information may help men make wiser food choices.” –Joyce Nettleton

“Fish in the hands of a skilled cook can become an inexhaustible source of gustatory pleasures.” – Jean-Antheleme Brillat-Savarin

“The best meal I’ve had was in Tavarua, an island in Fiji. It was just before sunset. A bunch of guys had just caught all this yellow fin tuna; they literally brought this huge wooden table down to the sand, pulled the tuna from the boat, dropped it on top of the table, pulled the skin off, and sliced the tuna up.” –Rob Machado

Related Reading: 150+ Awesome 50th Birthday Quotes and Slogans You Can Use

“I like tuna when there’s a definite streak of deep pink in the middle, medium-rare so to speak, and it comes out best when it’s not cut too thick.” –Geoffrey Zakarian

“Fish is meant to tempt as well as nourish, and everything that lives in water is seductive.” –Jean-Paul Aron

“Bluefin tuna is sort of like the cheetah of the ocean. It’s the fastest fish. It’s a warm-blooded fish. But it’s got a $100,000 price tag on its head.”- Paul Watson

“Fish is held out to be one of the greatest luxuries of the table and not only necessary, but even indispensable at all dinners where there is any pretense of excellence or fashion.”  –Isabella Beeton 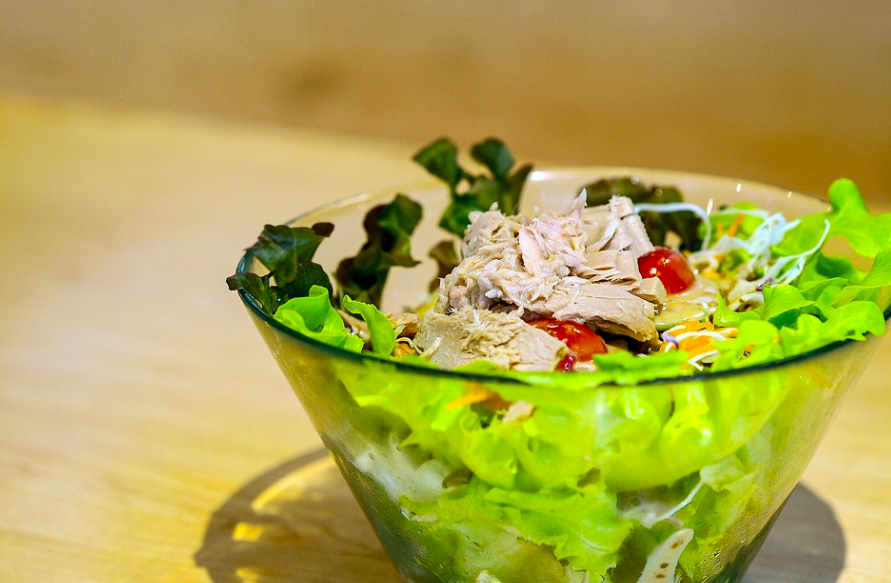 “I don’t know what it is about the food your mother makes for you, especially when it’s something that anyone can make – pancakes, meat loaf, tuna salad – but it carries a certain taste of memory.”   – Mitch Albom

“When I’m doing a movie, I eat the same thing every day. For lunch, it’s tuna salad or chicken salad and coleslaw. That’s it. For dinner, it’s either veal and rice, fish and rice, or steak and rice. It gets boring; boy, does it get boring.”  –Sylvester Stallone

“Doing 20 minutes of stretching, lightweights, and floor exercises three times a week takes the same amount of time as a long coffee break – and eating a tuna fish salad, sardines on toast or scrambled eggs is surely preferable to a Big Mac or KFC.” –Joan Collins

“He spotted Jill sitting about thirty feet away, face tipped toward the sun, her straight brown hair tucked behind one ear and slanted across her neck. And Ben decided that when her mouth wasn’t full of tuna salad, she was sort of pretty.”–Andrew Clements

“Tuna pie has been a comfort food for me. Back in high school, when I was still studying at ABS-CBN’s Distance Learning Center, I remember buying it every day from the Jollibee kiosk in our building.”  –Pia Wurtzbach (Miss Universe 2015)

Tuna pie honey bunch. You know that I love you. – Unknown

When I die, I’ll eat tuna pie up in the sky. – Unknown

Bake me a tuna pie and watch me smile. There’s love inside that flaky crust. – Unknown

Tuna pie is superior to apple pie every time. – Unknown 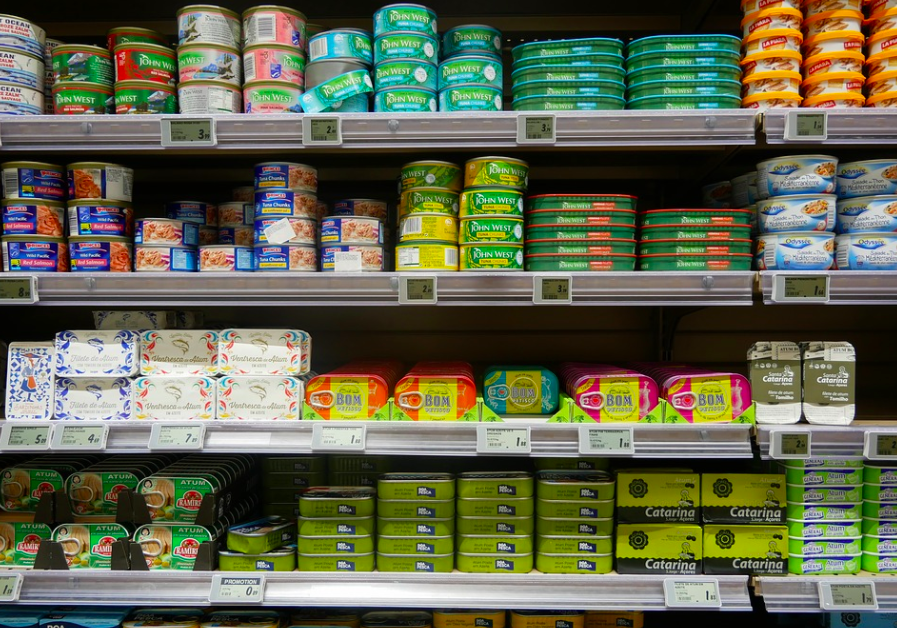 Tuna cans in a grocery store.

“I ate a tuna sandwich on my first day, so then Andy started calling me ‘Big Tuna.’ I don’t think any of them know my real name.”- Jim Halpert from The Office

“Big Tuna is a super ambitious guy. Cut-your-throat-to-get-ahead type of guy. But, I mean, I’m not threatened by him. I went to Cornell. Ever heard of it? I graduated in four years, I never studied once, I was drunk the whole time, and I sang in the a capella group, ‘Here Comes Treble.’”- Andy Bernard from The Office

The marketing industry has been disrupted over the past few years with more ad budgets moving from television and radio to online. In spite of all these changes, basic marketing principles including the use of slogans and taglines remain effective in the era of social media. The biggest change is where consumers are viewing these marketing messages.