Each year it’s my job to make potato latkes for my wife’s families Hanukkah celebration. Not familiar with latkes? They are essentially fried potato pancakes. I’ve tested making latkes using fresh potatoes and frozen leading up to the annual holiday.

What worked best for me when making latkes? Frozen potatoes. The main benefit is frozen potatoes bought from the store have less moisture in them. I never thought much about potatoes having a lot of moisture, but they do. And it can be pretty time consuming to remove the moisture before making the latkes so they are sufficiently crispy.

In this blog post, I share with you some of the frozen hash brown brands that make my culinary life better. At the end of the list, I also added some information on the benefits of freezing potatoes and where you can get McDonald’s hash browns outside of McDonald’s. Keep reading and we’ll get started.

Ore-Ida Frozen Golden Crispy Crowns Seasons Shredded Potatoes: The Ore-Ida Frozen Crispy Crowns Seasons Shredded Potatoes is a fan-favorite. This pack of hash browns makes it easy for anyone to enjoy fresh hash browns at home any time of the day as it is delicious and very easy to make. Aside from these being deliciously crispy potatoes, they are also gluten-free. Of course, you can find Ore-Ida products at literally any major grocery store in the United States.

Idaho Spuds Premium Hashbrown Potatoes: You don’t actually need to freeze these potatoes, but you could. True story: I keep these in my emergency food supply in my garage just in case. I purchase these in packs of nine from my local Costco location.

Crack open one of these milk carton like packages and in just 15 to 20 minutes, you get to devour the yummy, gluten-free hashbrowns of the Idaho Spuds Premium Hashbrown Potatoes. Made with ingredients that are safe for vegetarians and their very own Idaho potatoes this classic American favorite will make anyone’s day full as they enjoy a bite or two of these crispy and golden hashbrowns. The tiny pack is good for up to 7 servings. Just add water and you’re good to go.

365 by WFM Potatoes Hashbrowns Shredded: The 365 by WFM Potatoes Hashbrowns come in 16oz packages and are great for a quick whipping up in the morning or any time of the day. Enjoy it as your main dish or as a side dish, their hashbrowns will surely not disappoint you because they are full of flavors and healthy too as they are gluten-free and have no artificial flavors included.

Cascadian Farm: As a company that started as a small farm around 50 years ago, Cascadian Farm holds true to its promise of providing quality organic products including hash browns. You can choose from either the brand’s original Premium Organic Hashbrowns or their Root Vegetable Hashbrowns, but one thing’s for sure, you will never be disappointed. You don’t need to go to an organic market to shop for their products because the healthy and organic Cascadian Farm hashbrowns are easy to find, you can spot them at your nearest grocery store.

Golden Grill: Freezing these potatoes aren’t a requirement, but you can if you want to. Golden Grill’s hashbrowns are the definition of quick and easy as they come in 8 packs of 2-pound boxes that are ready to go. Just add a bit of water and you’re all set. You don’t have to worry about quality either because even though they are so easy to prepare, they are as delicious as well making them ideal for big families or restaurants that want to make their food budgets go further.

Bob Evans: From the company with a commitment to having families enjoy mealtimes more than spending time in the kitchen, the Bob Evans hash browns are the best example of farm-to-table fresh food. Choose between their unseasoned and restaurant-style hash browns seasoned with onion and parsley, getting one of their packs will be one of the best decisions you can make for your family.

Aldi: Aside from being known as low-cost grocer, Aldi boasts high-quality products under their own brand name. As a result, it’s no surprise that Aldi’s Hash Brown Patties are a huge hit for families that want to save money. Each of their packages contains 20 frozen hash browns ready for you to cook and enjoy.

Hamburger Helper: With over 50 years in the industry, Hamburger Helper has been a household staple for decades. And although it is not the first brand you would think of when you want hash browns, it is always a good idea to try some of their hash browns that are made with cheesy sauce for that oomph of flavor perfect for your breakfast meal.

Steak N’ Shake: If you know the Steak N’ Shake restaurants in the Midwest then you know serve great burgers and fries so good that they started selling some to be cooked at home including their Silver Dollar Potato Hashbrowns. Seasoned with the perfect amount of ingredients, these hashbrowns will never let you down. Whip it up easily at home any time and you don’t need to visit a restaurant location.

Heinz UK: While the Heinz hash browns may be new, the globally recognized brand that makes them isn’t. One of the creative offerings released by the company earlier this year is called Beanz: hash browns with baked beans in the middle. I haven’t had the opportunity to try these yet, but I’m certainly curious about what they would taste like.

Dell’s: Dell’s needs no introduction but in case you haven’t heard of this brand, it changed the way hash browns were made and how we eat our breakfast! From the usual hash browns stuffed with preservatives that we were all used to before, Mr. Dell’s came up with shredded hash browns – one that has become the most popular type of hash browns in the US. But they still have diced hash browns for those who prefer them, just packed even better with ingredients and flavor. 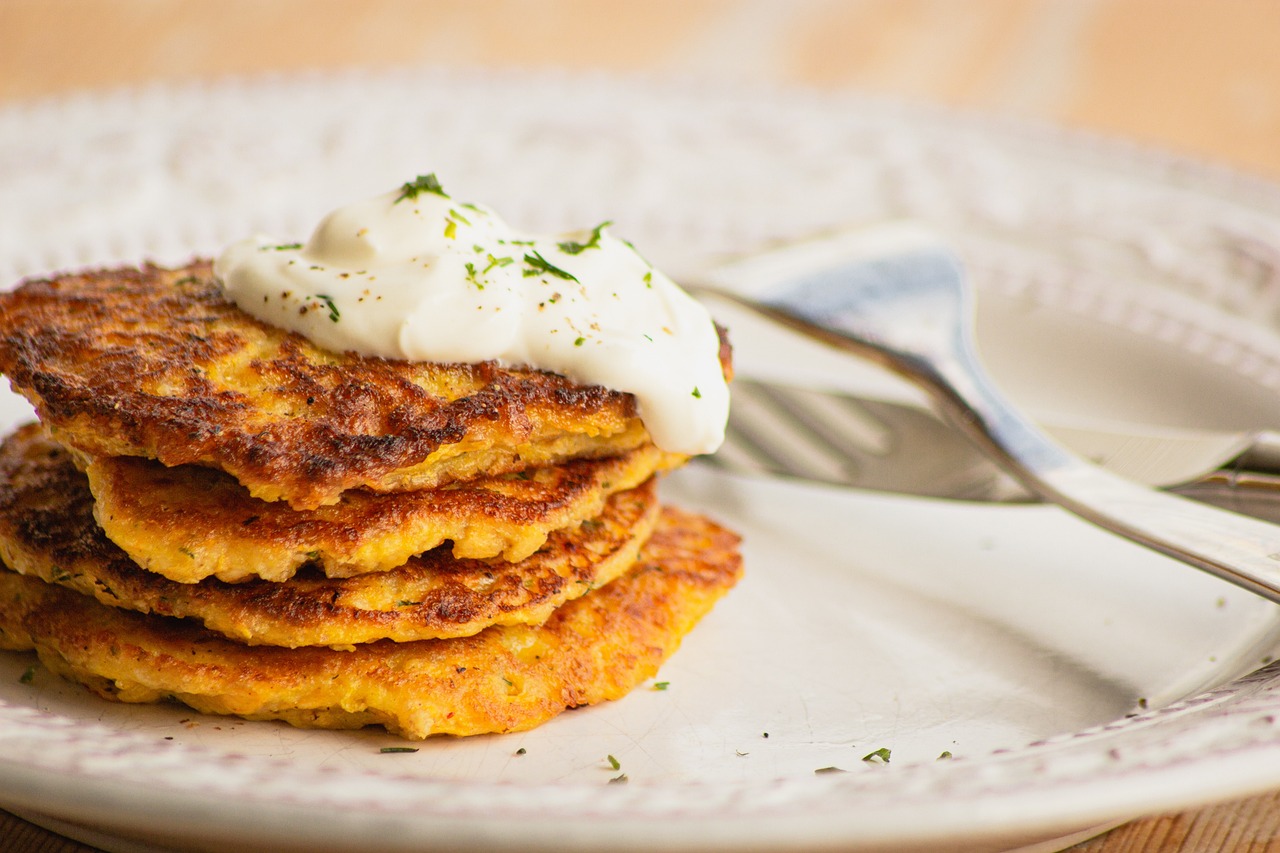 Potato pancakes or latkes are a favorite at my house during the holidays.

Aviko Holding BV: For over 50 years, Aviko Holding BV has been one of the top brands in the frozen potato industry and is considered one of the four largest potato processors in the world. They operate in over 110 countries worldwide and are backed by the Dutch parent company Royal Cosun.

Himalaya Food International Ltd.: Himalaya Food International Ltd. is a pioneer and one of the most diversified food and agribusiness companies in India. It is their mission to serve wholesome, delicious food while keeping the well-being of their customers, employees, farmers, and the community a priority. They practice responsible farming and employ strong recycling habits for all their agro and bio waste.

Agrarfrost Holding GmbH & Co. KG: Since its foundation in 1967, Agrarfrost Holding GmbH & Co. KG has come a long way, reaching both national and international markets offering a great diversity of potato products with the help of its classic and trendy innovations. For over 50 years, they’ve worked tirelessly to position themselves as one of the industry’s top representatives and built an excellent reputation for their products.

Greenyard: Whether it’s fresh and frozen vegetables or fruits, Greenyard revenues hit roughly 4.4 billion Euros in 2022. They believe in helping people live their lives in an easy, more pleasurable way through a sustainable way of feeding the world.

Bart’s Potato Company: What started off as a small trading company has turned into one of Europe’s largest exporters of fresh potatoes. Since 1966, Bart’s Potato Company has not only sourced top-quality raw materials to the potato processing industry but also ventured into frozen French fries factories. Today, the company exports frozen French fries to over 60 countries worldwide.

Everyones taste preference is different, but I’ll give you this bloggers humble opinion on the matter. I like the Alexia lineup of frozen potato options because they sell an organic option. Any time I buy food that isn’t organic, I’m reprimanded by my wife. Happy wife = happy life as they say and I try to adhere to this advice.

Of course you can’t got wrong with anything in the Ore-Ida lineup as well. They make a solid bag of frozen potatoes, are generally affordable, and can be purchased at any major grocery store.

Many consumer prefer their frozen potatoes already seasoned. From a convenience perspective I understand why busy families decide to go this route. Personally, I usually go for unseasoned, original flavors because I enjoy the original taste of potatoes so much. I grew up eating Ore-Ida and generic brand frozen foods and have no complaints. What can I say, I’m a little bit boring in that way. 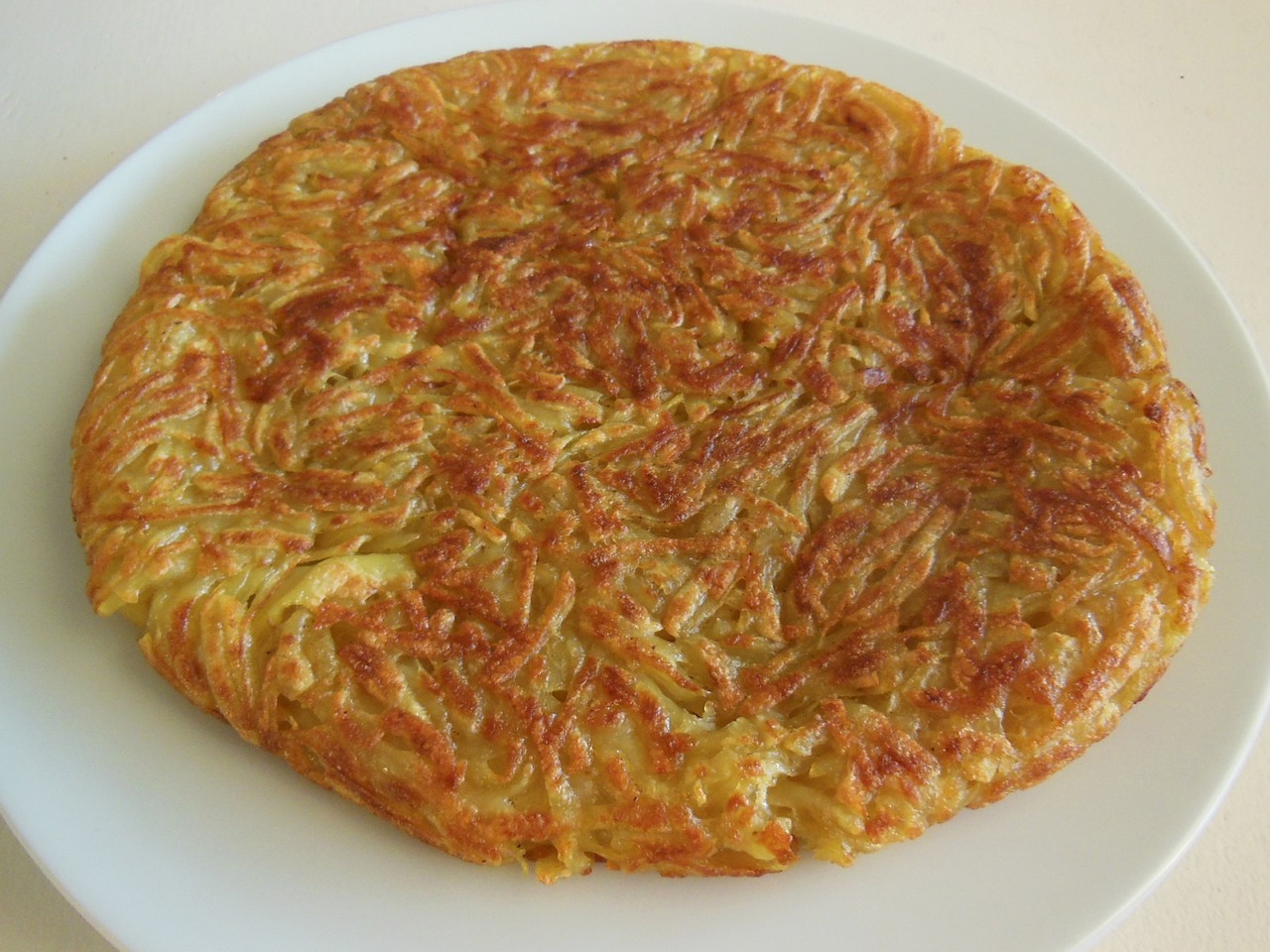 Are there benefits to eating frozen potatoes?

We are often told that fresh produce is the absolute best choice whether it’s fresh meat, fish, fruits, or vegetables. But is it really? Over the years, I’ve come to realize that this isn’t always the case, especially with vegetables. A lot of fresh produce loses flavor even just hours after harvest. But, by freezing vegetables, we are getting more consistency in quality and operational advantages. You also get the added benefit of reducing the amount of food waste because you can preserve the potatoes longer than you could in a bag. 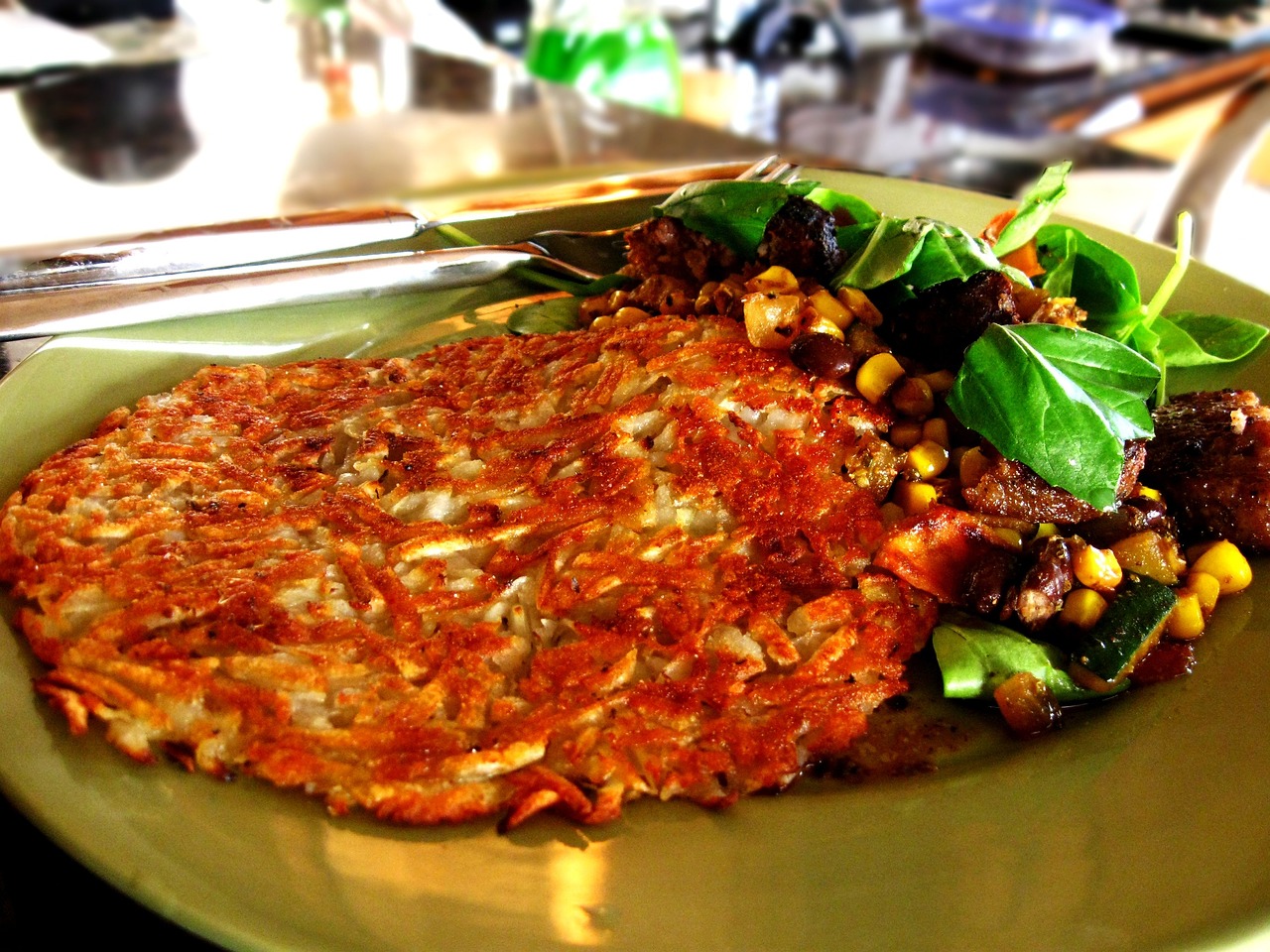 Can you buy McDonald’s hash browns at a store?

If you appreciate McDonald’s hash browns like me then I have good news. You can find McDonald’s brand hash browns at Aldi’s version in the frozen section. Stock up on them so whenever the craving calls, you’re set to go with just a few steps to the kitchen.

Aldi started selling their version of the McDonald’s hash brown in 2021 and guess what, they’re as good as the original in my opinion. And trust me, I know because I used to be employed at a McDonald’s when I was a freshman in college. I will admit that achieving the correct texture and golden color depends on how you cook them. I used an iron skillet with avocado oil to grill mine in the morning. I like mine done a little more well done than they are served at the restaurant because I prefer mine crispy.