More than 150 million Americans enjoyed at least one serving of pudding last year. While pudding in some countries is served salty or spicy, in the U.S. and Canada the snack is almost always a milk-based, sweet dessert resembling egg-based custard or mousse.

According to industry reports, pudding consumption is growing at a rate of 15.88% annually and is typically consumed 1.68 times on average each year. Pudding is mainly consumed at home than restaurants, which is especially true with post-pandemic consumer behavior changes.

If you’re a pudding lover and want some good reads about this delicious dessert or looking for the perfect social media caption, you’re in the right place. Explore this ode to pudding organized by category below. 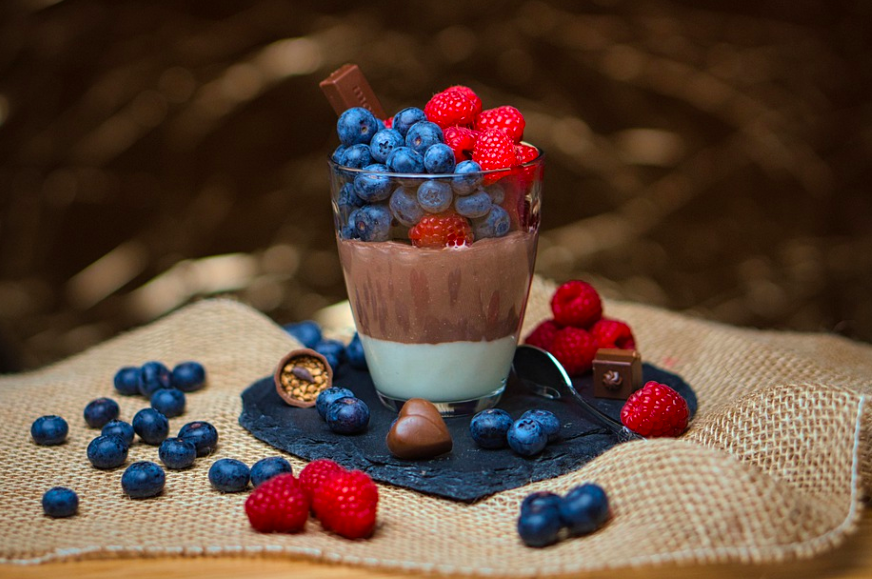 A cup of chocolate pudding with berries. 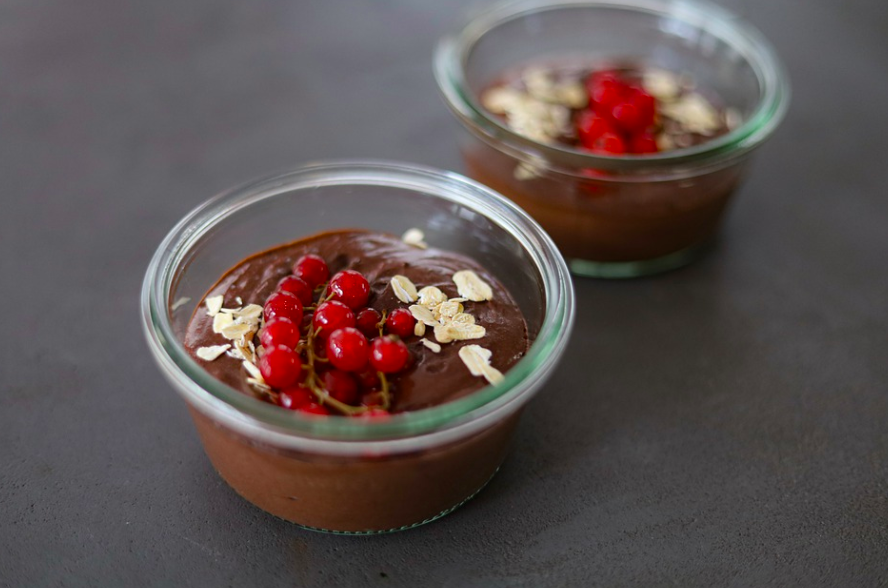 Pudding in a dish.

“All the proof of a pudding is in the eating.” – William Camden

“The man who invented instant pudding was moved to action by an inability to wait for pudding.” – Dana Gould

“The proof of the pudding is the eating.” – Miguel de Cervantes

“When it’s raining pudding, hold up your bowl.” – Sandra Dallas

“I think I’ll just go down and have some pudding and wait for it all to turn up – it always does in the end.” – J. K. Rowling

“And roast beef and Yorkshire pudding is my personal signature dish.” – Ben Elton

“I sing the sweets I know, the charms I feel, my morning incense, and my evening meal, the sweets of hasty pudding.” – Joel Barlow

“I’m tempted by everything. My husband makes fun of me because every day it’s a new food that I love. I have a weakness for butterscotch pudding, ice cream in any flavor and dark chocolate, although that’s one thing I do keep in my house – 70% dark chocolate.” – Gail Simmons

Related Reading: 80+ Funny Vodka Slogans and Quotes You Can Use for Social Media Captions

“British food is a celebration of comfort eating. Our traditional savory recipes are all about warmth and sustenance, our puddings a roll call of sweet jollity, our cakes are deep and cozy. We appear to be a nation in need of a big, warm hug.” – Nigel Slater

“The authority of example and considerations of character, unlike pudding, are not whipped up in an instant.” – Neal A. Maxwell

“White pudding and eggs and sausages and cups of tea! How simple and beautiful was life after all!” – James Joyce

“I’m just dandy, I got a bowl of chocolate pudding in my underpants!” – Chris Farley

“The only real difference between me and chocolate pudding is that I am not a black man.” – Thom Yorke

“My secret indulgent food is dessert. I have an incredible sweet tooth – chocolate pudding with vanilla ice-cream or trifle and pavlova. I do love dessert.” – Deborra-Lee Furness

“Well, good Christ, how was I supposed to know all that, Hannah? Who looks into the fine points when he’s hungry? I’m eight years old and chocolate pudding happens to get me hot. All I have to do is see that deep chocolatey surface gleaming out at me from the refrigerator, and my life isn’t my own.” – Philip Roth

“I would snack on crisps and chocolate and my meals weren’t the best. I ate lots of steak with creamy sauces, chips, and peas, washed down with wine and a pudding.” – Jennifer Ellison

“I eat vegetarian a lot. I buy only fresh ingredients and cook from scratch – that way, when I feel like snacking and look in my fridge, it’s: ‘Oh, baby carrots or chocolate soy pudding. Take your pick.” – Nadia Giosia

“Food-wise, oh man, I tend to really indulge on vacation because a lot of my friends are incredible chefs. One friend makes an eggplant parmesan that is heavenly and melts in your mouth, and another makes a chocolate pudding that I can’t resist.” – Rachel Platten

“Ottolenghi sells lots of delicious sweet things, but my daily addiction is their unbelievable dark chocolate salted caramel biscuits. They’re the best things in the world – I go through half a packet every night. I bring them out after pudding at dinner parties.” – Trinny Woodall

“Why do only the awful things become fads? I thought. Eye-rolling and Barbie and bread pudding. Why never chocolate cheesecake or thinking for yourself?” – Connie Willis

“Oh, yeah, you like that banana? Are you going to turn into banana pudding soon? You going to lose your peel?” – Meghan Quinn

“My biggest thing is banana pudding, but it’s the devil! So no one is allowed to bring it into my house. Because I can’t control myself. So why put it in my domain?” – Jennifer Hudson

“I’m bout to go banana pudding. You a dyke cause your man a p***y. Hit you from the blindside, no Sandra Bullock.” – Lil Wayne

“I’m thinking of banana pudding for dessert, but instead of using Nilla wafers, I’m going to use cut-up cubes of toasted pound cake made from your recipe, layering them with homemade vanilla pudding and ripe bananas, and topping the whole thing with meringue.” – Susan Rebecca White

“I can tie a cherry stem into a knot with my tongue. Now, if only I could do the same with my shoelaces, I wouldn’t have to banana pudding my way to success.” – Jarod Kintz 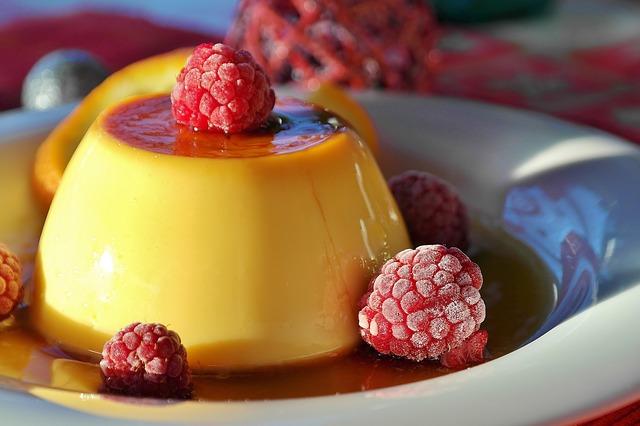 “I like crazy, childlike, candy bar-filled cakes with gooey caramel, chocolate-covered nuts, marshmallows, and the like.” – Ron Ben-Israel

“I think love is caramel. Sweet and fragrant; always welcome. It is the gentle golden color of a setting harvest sun; the warmth of a squeezed embrace; the easy melting of two souls into one and a taste that lingers even when everything else has melted away. Once tasted it is never forgotten.” – Jenny Colgan

“I want something mouthwatering and tasty which reminds me of childhood. The scent of a fairground, candy floss, little cakes, chocolates, and caramels. Perfume must not be linked just to fashion because that means that one day it will go out of style.” – Thierry Mugler

“These French-style caramels are handmade in California. It’s always hard to give them away!” – Oprah Winfrey

“Caramels are only a fad. Chocolate is a permanent thing.” – Milton S. Hershey

“The circus looks abandoned and empty. But you think perhaps you can smell caramel wafting through the evening breeze, beneath the crisp scent of the autumn leaves. A subtle sweetness at the edges of the cold.” – Erin Morgenstern

“There is nothing particularly wrong with salmon, of course, but like caramel candy, strawberry yogurt, or liquid carpet cleaner, if you eat too much of it you are not going to enjoy your meal.” – Daniel Handler