One of the most popular alcoholic spirits in the world, Vodka has hundreds of brands from the distinctive names such as Smirnoff and Absolut to the lesser-known brands you can find in your local liquor store at half the price. The vodka industry is valued at more than $29 billion dollars a year in U.S. retail sales alone. Smirnoff is the leading vodka brand in the United States, selling almost nine million cases a year.

Being one of the most commonly-drunk alcoholic drink in the US, the volume of social media captions for Vodka is astounding. If you need a catchphrase for your vodka-fueled photo, we’re here to help. You can use any of these slogans and quotes to increase shares and comments for any vodka drink. 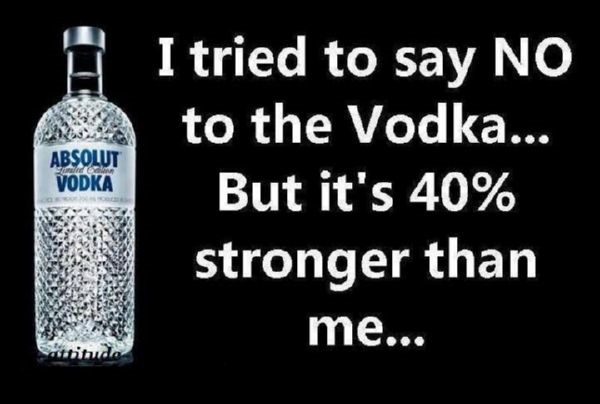 Here are some of the funniest vodka slogans we could find.

I tried to login on my iPad. Turns out it was an Etch-a-Sketch and I don’t own an iPad. Also, I’m out of Vodka.

As with most alcoholic drinks, vodka has had its share of quotes from celebrities, as well as a few noted scholars and academics. Browse the best of the best when it comes to vodka quotes that will make you smile or laugh out loud if you’ve already had a few…

The relationship between a Russian and a bottle of vodka is almost mystical. – Richard Owen

Vodka is a wonderful drink. You can drink so much of it without being as hung over as you would if you were drinking one of the brown liquors the whiskeys and such. It’s a great drink to go with appetizers. – Gary Shteyngart 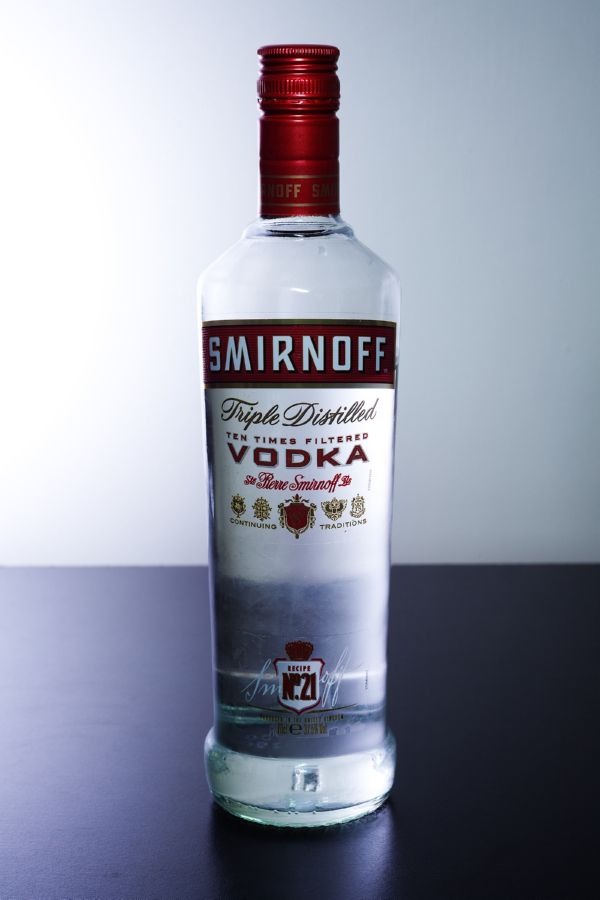 As the biggest and most popular vodka brand in the United States, Smirnoff has come up with some stunning advertising campaigns over the year. And the slogans are second to none. Here are our favorites, including ones you may not be old enough to remember. 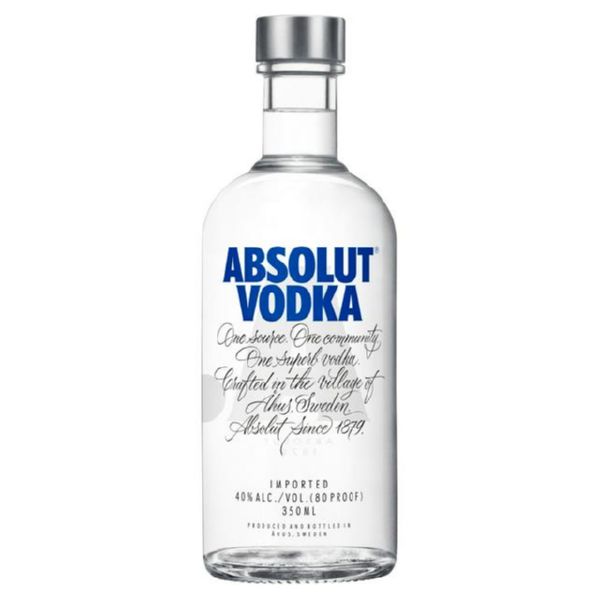 Absolut is another of the top brands of vodka in the United States, but it might come as a surprise that they’ve only had one advertising message that’s spanned 22 years. Absolut has adapted along the way and unleashing new ideas based on the same slogan. So let’s check out these Absolut-ely awesome slogans from this unique timeless brand. 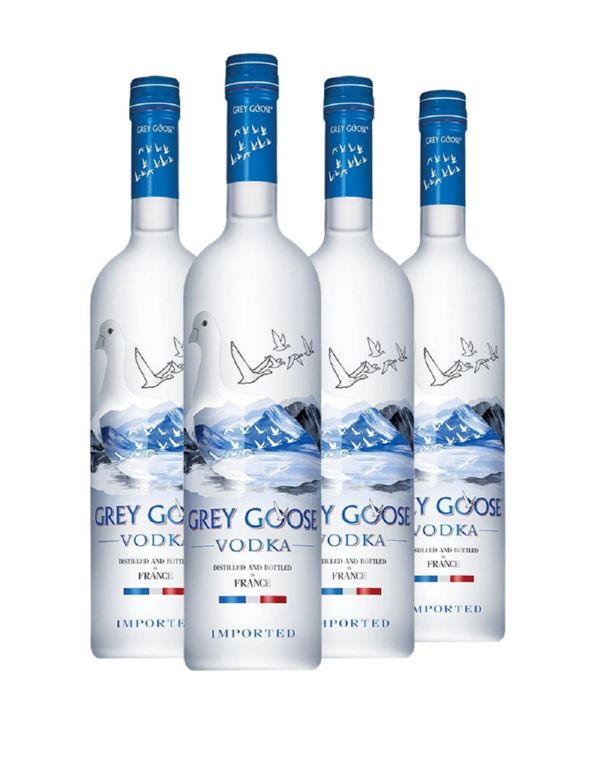 There are many more high-label vodka brands in the United States that are less well known to the general public. Here are some advertising slogans from other brands. 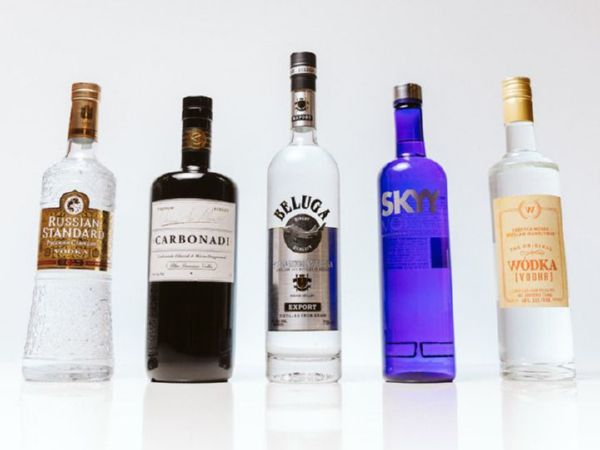 Contrary to popular belief, vodka is not actually a Russian drink. The drink was first distilled in Poland and the word “vodka” is the direct translation of the Polish word, “wódka.” This comes from the Slavic word for water, “voda.”

Vodka in Poland is believed to have first been distilled in the early part of the Middle Ages, sometime before the 10th century. However, there is no written record of the word “wódka” until around 1405 in the court documents from the Palatinate of Sandomierz in Poland. 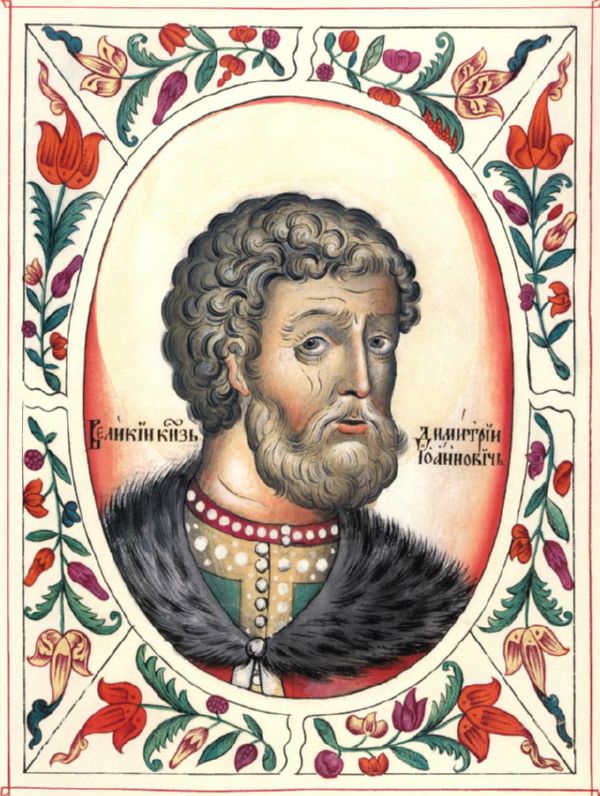 The father of vodka.

Vodka came to Russia in around the late 14th century, brought in by Genoese ambassadors to Moscow as gifts for the Grand Duke Dmitry Donskoy.

According to legend, in 1430 a monk named Isidore from Chudov Monastery inside the Moscow Kremlin made a recipe for the first true Russian vodka. Early versions of vodka had relatively low alcohol contents, usually well below 40% ABV. It was not until the late 18th century that the alcohol content of vodka slowly increased. 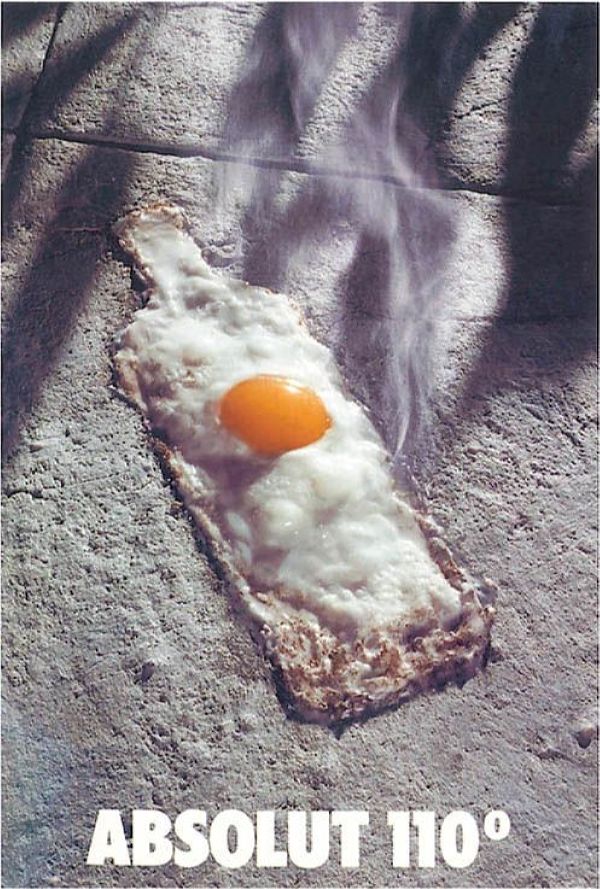 The famous Absolut Vodka of Sweden is a relative newcomer to the scene, since vodka was not used as the name for the drink in the northern European country until the 1950s. A similar beverage known as “brännvin” (“burn-wine”) was the most popular high-alcohol drink previously. This was later made without the traditional flavoring and became known as Swedish vodka.

Vodka is usually unflavored, having only the taste of the alcohol itself. This is part of what makes vodka the ideal spirit for mixing. Modern vodkas come premixed in a variety of creative flavors like blueberry, strawberry and even pickle to name a few. The original vodka of the Nordic countries was seasoned with herbs, fruits, and spices.

According to the Code of Federal Regulations (27 CFR 5.22), Vodka cannot be aged in wood; it may or may not be charcoal filtered and it must meet minimum distillation and bottling proofs.

The famous artist Picasso was a huge vodka drinker according to legend. Picasso was once quoted as saying; “The three most astonishing things in the past half-century were The Blues, Cubism, and Polish Vodka.” This might account for the style of painting he mastered.

Russia once ran out of vodka completely. On May 9, 1945, the infamous day when Nazi Germany surrendered to the Soviet Union on the eastern front, the Russians partied so hard they ran out of vodka after 22 hours.

Conversely, another crisis was caused when the Russian government tried to ban the sale of vodka during World War I. As a result, the country lost a third of its taxed income. It just goes to show you that bad things happen when you don’t have vodka.