Looking for a way to promote your home-based bakery or simply want to share a silly food caption for social media? We’ve got you covered with our ultimate list of more than 150 cupcake slogans and quotes for you to explore. These captions are organized by theme below. Let’s get started. 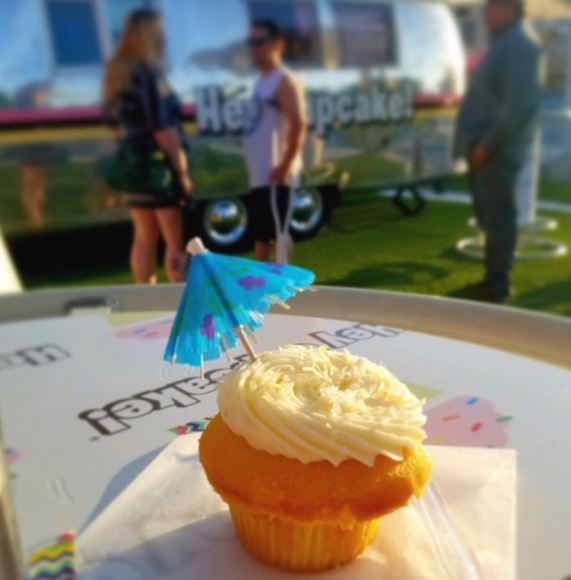 A cupcake served from a trailer.

“Writing is like baking cupcakes, you’re trying to make something from the raw. Like with cupcakes, it’s flour and eggs and stuff, and with books, it’s ideas and words. The end result is the same though, you want people to eat them up.” – Emma Shortt

“When you look at a cupcake, you’ve got to smile.” – Anne Byrn

“Looking back, I have this to regret, that too often when I wanted a cupcake, I did not have one.” – David Grayson

“It’s all about the cupcakes.” – Anonymous

“If at first, you don’t succeed, eat a cupcake!” – Anonymous

“A cupcake a day, keeps the tummy rumbles away.” – Anonymous

“When you frost a cupcake, you spread the love.” – Anonymous

“America is an enormous frosted cupcake in the middle of millions of starving people.” – Gloria Steinem

“Coffee makes it possible to get out of bed. cupcakes make it worthwhile.” – Anonymous

“Happiness is only a cupcake away.” – Luz De La Luna

“What makes life so sweet? cupcakes to eat and someone to love.” – Marie Williams Johnstone

“You can’t buy happiness, but you can buy cupcakes. And that’s kind of the same thing.” – Anonymous

“I might not have a boyfriend, but I have cupcakes, and those tasty bastards haven’t let me down yet.” – L.H. Cosway

“You can’t be sad when you’re holding a cupcake.” – Anonymous

“You’re only human. You live once and life is wonderful so eat the damn red velvet! – Emma Stone

“Friends are like cupcakes in my pantry of memories.” – Anonymous

“You’re the frosting to my cupcake.” – Anonymous

“A meal without a cupcake is like a day without sunshine.” – Anonymous

“We’re encouraging them to bring healthy snacks, but when a parent comes up with a tray of sweets, I’m not going to turn them away. I don’t want to be the cupcake killer.” – John Young

“I never met a cupcake I didn’t like.” – Anonymous

Colorful purple, blue, and pink cupcakes for a party. 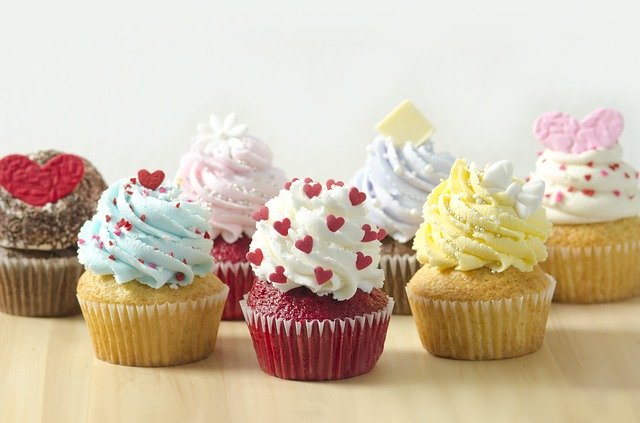 An assortment of butter-frosting cupcakes.

Cupcakes are the bite-size, miniature version of cake intended to be consumed by one person. The baked good can be traced as far back as 1796 inside the book “American Cookery” authored by Amelia Simmons.

Cupcakes use the same elements a basic cake consists of flour, eggs, sugar, and butter. At one time, the desserts were baked into small, individual pottery cups or molds where they adopted the name used until today.

Today, bakery products account for 2.1% of the United States GDP and represent $311 billion in annual economic output. Most small-scale retailers operate in one facility. A majority of bakeries or about 65% have less than 10 employees while 44% have 1 to 4 employees.

Millennials continue to rule the consumer market with most of them relying on social media to check on the latest on bakery products such as cupcakes. This group of consumers is interested in the story behind the cupcake as well as the process of how it was made (typical behavior of Millennials towards retail markets).

If you’re thinking about starting a baking business of your own, don’t forget to check out the following case studies with successful founders of different baked good companies:

About the Author: <a href="https://foodtruckempire.com/author/support