101 Iconic Steakhouse Restaurant Name Ideas You Can Use

With that being said, the global pandemic has made operating this type of restaurant more of a challenge. Historically, the steakhouse was a place you would go to sit down, kick back, and enjoy a couple of adult beverages. The combination of recurring national lockdowns and customer behavior has changed how to run a restaurant seemingly overnight.

As a result, you’ll need to rethink how you plan to run a profitable steakhouse in the future. How will you manage operating a restaurant with less on-site customers? Can you be profitable without alcohol sales? Can you create a delivery menu that resonates with customers?

Prior to the pandemic, premium steak restaurants reached annual worth of almost $50 billion. Over the next five years, experts predict industry-wide declines. If you’re still thinking of opening your own steakhouse during these challenging times, take a look at some of the name ideas below. Stick around the end of the article and we will share specific ways your concept can still win in the current environment. 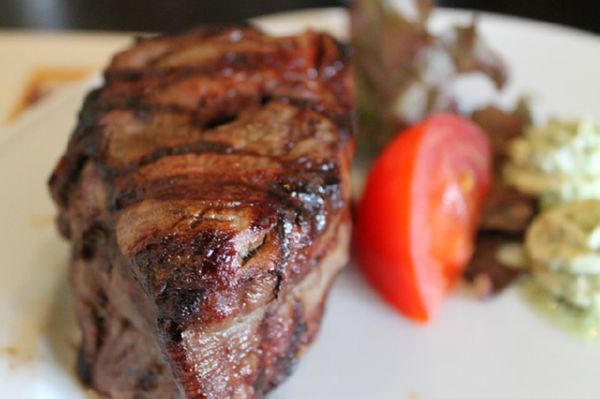 A New York Strip and sides.

Searching for a rare name idea for your steakhouse? Major pun intended. Take a look at these well-done suggestions from our team of branding experts. Oops… We did it again. 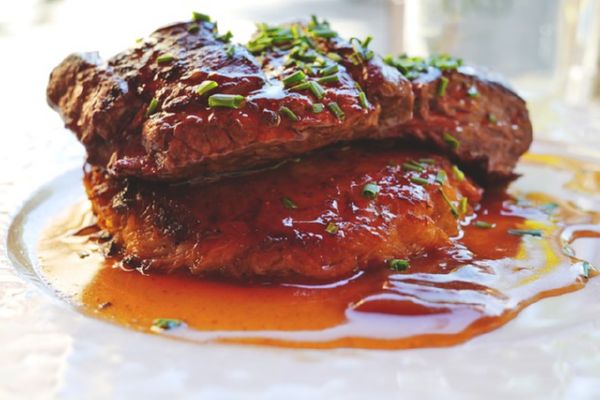 A Brazilian steakhouse is a novel take on steak restaurants with a South American twist. Known as a “churrascaria”, which is Portuguese for barbecue, these steakhouses have become popular across the United States. So check out our latino list of the best in Brasilica steakhouse names if this is the menu you plan to offer. 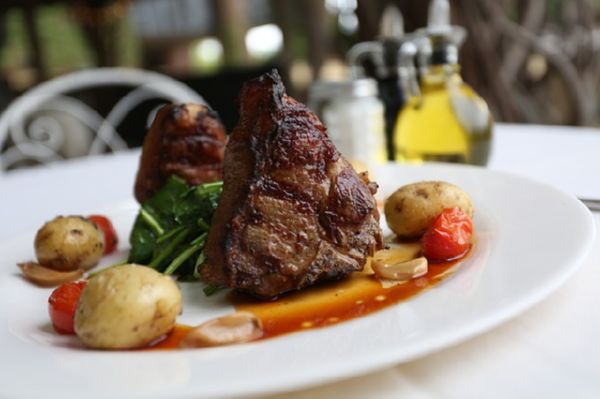 Here are some silly name ideas for a chop house.

Giving your steakhouse a funny name can help people to remember you and can give your restaurant a personality that the local competition can’t match. To kick off your brainstorming, here are a few pun-based names for you could laugh out loud about.

Failed Steakhouse Chains That Went Out Of Business 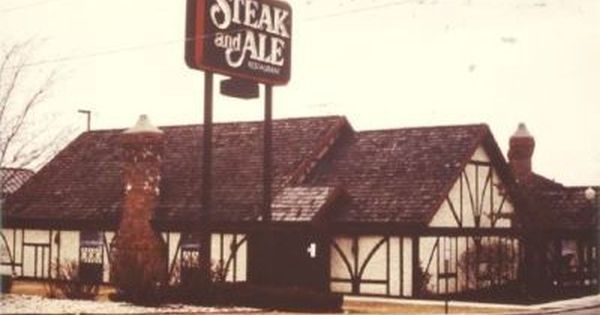 The exterior of a Steak and Ale restaurant.

Not all steakhouses have succeeded over the decades. Some have fallen by the wayside along the way due in part to their failure to adapt to customer preferences or mismanagement. 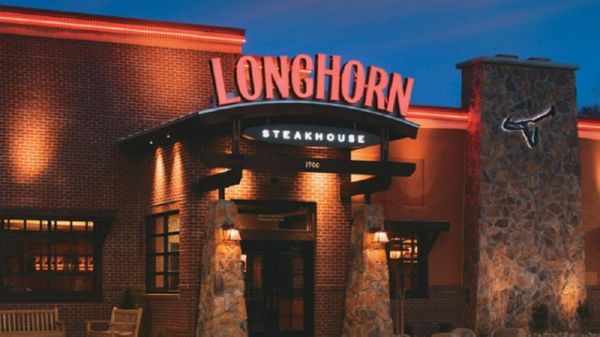 Outside a LongHorn Steakhouse.

Over the last 50 years, there are some steakhouses in the United States that grew into nationally recognized brands. These are the iconic brands that have accomplished what so many restauranteurs hope to do… Create an establishment that appeals to generations of diners no matter how times and taste preferences change.

A popular style of restaurant that specializes in steaks, steakhouses and chophouses became popular in the United States in the mid-19th century. These establishments served as step up from the usual inns and bars that were the only place to get good quality steaks.

Unfortunately, many restauranteurs opening modern steak restaurants fail to adapt with the times and customer dining habits. We don’t want this to happen to you! We share a few predictions that the industry will face in the coming decade. 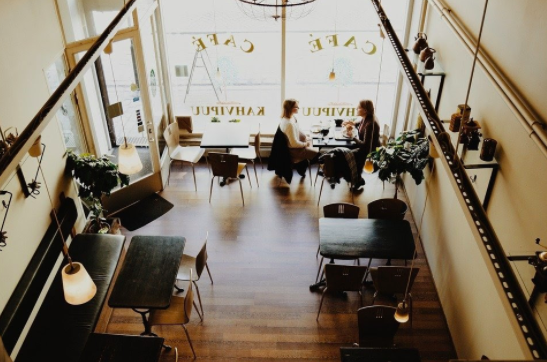 Less diners are eating on site.

Takeout menu: You need to recognize takeout and delivery sales will be a major part of your sales moving forward. Historically, the steakhouse hasn’t played in this arena. Steak, after all, tastes best only a few minutes after being removed from the grill.

Consider creating a revamped menu based with meat as the main ingredient. Considerations include the steak sandwich, steak tacos or even (gasp!) as steak salad. All of these work well from a presentation standpoint in a takeout box and can make you a favorite about the Uber Eats crowd.

Understand food cost: Historically, steakhouses have been able to rack up above average ticket sizes because they’re able to offer high-margin cocktails and beer. When you move to takeout or delivery, you lose the beverage cash cow owners have relied for decades.

Without the margin buffer of drinks, you’ll need to know exactly how much profit you’re making on every dish you sell. Sounds simple, but as this Eater survey lays out, a staggering 60% of San Francisco restaurants are actually losing money on their takeout orders. You can calculate the profitability of every item on your menu with our free tool if you haven’t completed this important step yet.

Take action on food trends: You can see the changes in consumer preferences every day. For example, plant-based meat alternatives were hard to find a decade ago. Today, you can buy Beyond Meat products in every major grocery store and many fast-food chains. Ditto for the consumers demand for organic products over the past two decades.

When you see these trends, recognize them and take action. Try to think of ways these trends could benefit your own steakhouse. Maybe you could get meats from local farms? Think critically about what’s happening in food and see how you can latch onto these trends so your establishment doesn’t become extinct.

We genuinely hope this guide will help you find a chophouse name that will stand the test of time. If you’re serious about opening your own restaurant, join our free community of 40,000+ active members. Each week we share case studies + revenue numbers from a different food business founders.