150+ Loco Mexican Restaurant Name Ideas You Can Use

Mexican cuisine is a proven menu for restaurants, food trucks and carts alike. According to industry reports, the Mexican restaurant industry is valued at a staggering $55 billion in the United States. Needless to say, Mexican food is big business with dozens of entrenched players offering all sorts of variations on this popular concept.

Of course the value of any industry is driven by strong customer demand. Everyone in the United States is familiar with Mexican cuisine that can range from tacos, burritos, salads and more innovative fusion concepts. These dishes include vibrant spices, a variety of colors coming from peppers and salsa that gives recipes a burst of flavor and aroma.

If you’re planning to open a Mexican restaurant or taco shop, you’re entering the right industry with demand. The challenge will be to create a brand that stands out from the rest of the local competition. This is where we come in. We share more than 150 Mexican restaurant name ideas that can help you come up with a distinct and memorable brand organized by theme below. 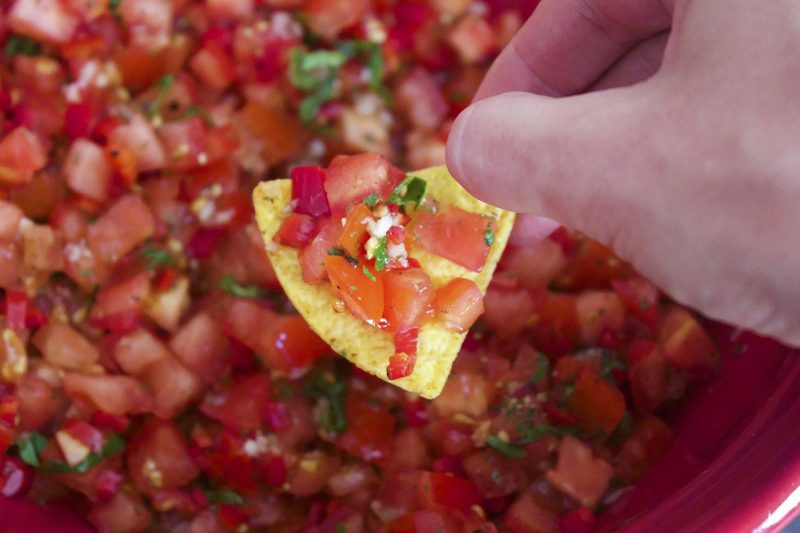 Fresh salsa on a tortilla chip.

I lived in Southern California for more than a half decade. Whether you’re living in Los Angeles, San Diego or somewhere in between you’ll find really good taco shops selling all sorts of really good Mexican cuisine. Some specialize in seafood burritos, California burritos, or street tacos. You could try hundreds of different variations of house made salsa that varies depending on the restaurant. These name ideas will work well no matter what type of Mexican food you choose to specialize in. 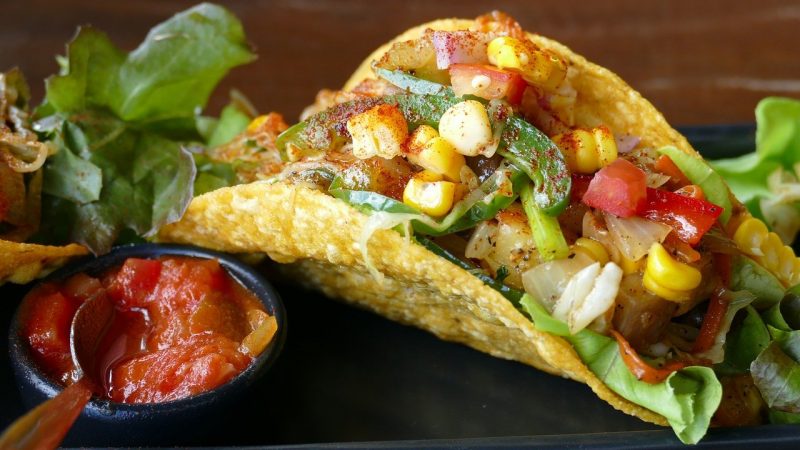 A taco with all the fixings.

Tacos are one of the most popular Mexican dishes. They are simple and delicious handheld items that can be stuffed with just about anything. Beef, steak, chicken, potatoes, or seafood to name a few ingredients. When you consider you could use hard shell or soft tortillas vegetables, salsa, sour cream and cheese there could be thousands of variations from a core list of ingredients. Here are taco shop name suggestions for you to consider. 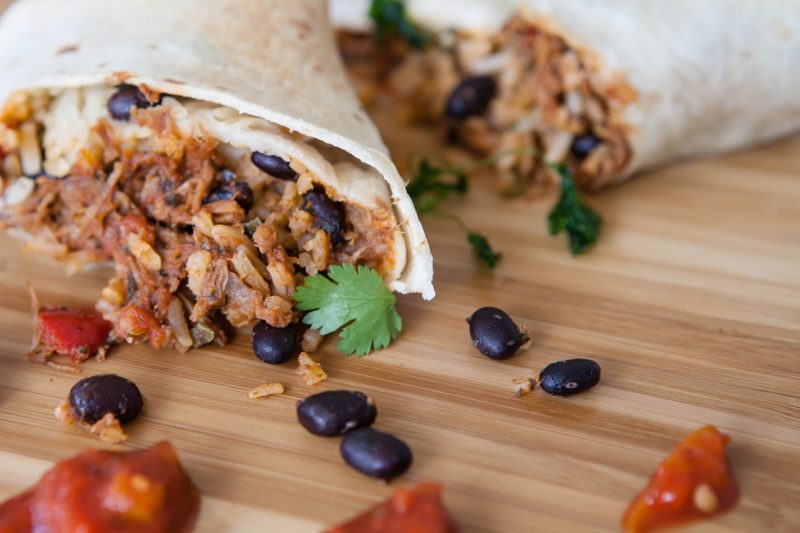 A burrito packed with meat, rice, and black beans.

Have you seen the size of a typical restaurant burrito? It’s like a meal in itself with all the meats, vegetables, rice, beans, cheese, sauces, and more! All this wrapped into on beautiful handheld wrap. If you want to feature the burrito as a featured menu item, here are some ideas you can use. 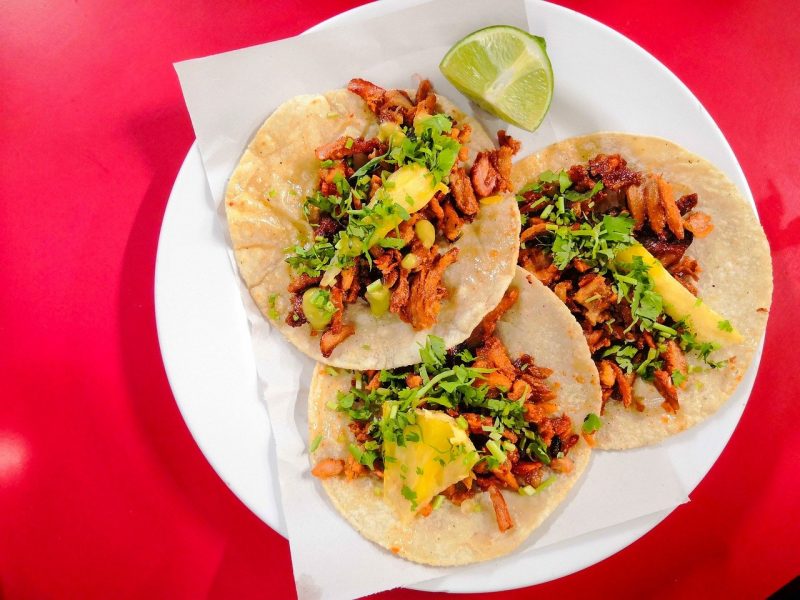 A funny restaurant name can gain the attention of prospective customers. So why not try these names out for your Mexican restaurant business? 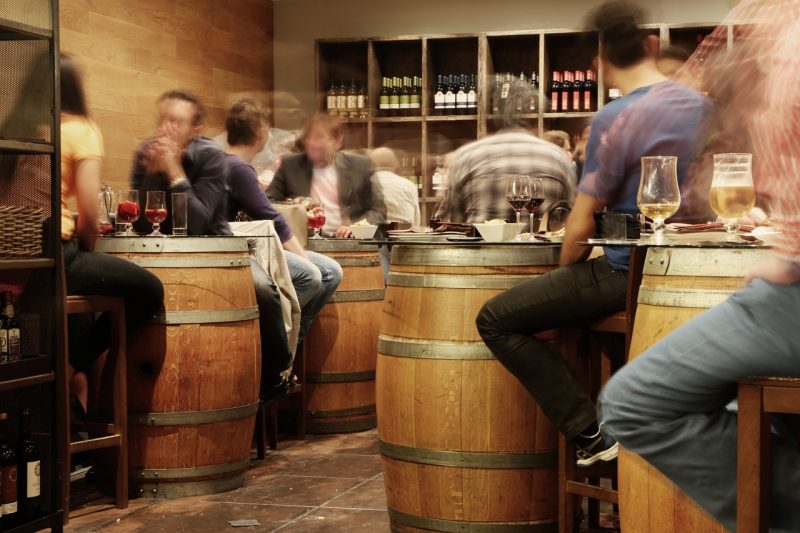 A bar serving wine and tapas.

Mexican restaurants with Spanish names sound a bit more authentic. Here are a few ideas you may want to consider if you’re planning to open a traditional Mexican restaurant. Consult with a Spanish speaking friend for more ideas that make sense. 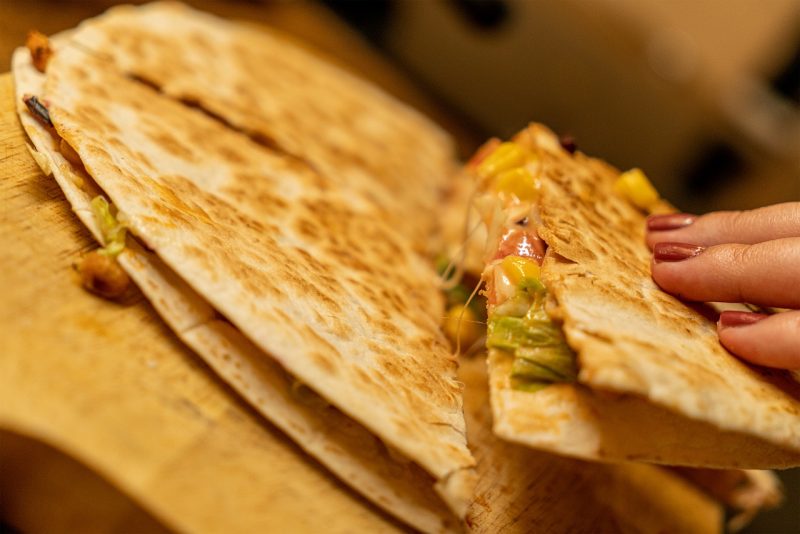 Quesadillas can be found in most Mexican restaurants.

The United States has a variety of popular chains and a lot of them serve really good Mexican food despite being labeled fast food. You’ve heard of the more popular ones like Taco Bell and Chipotle before. Well, here are a few more:

How many Mexican restaurants are there in the world? 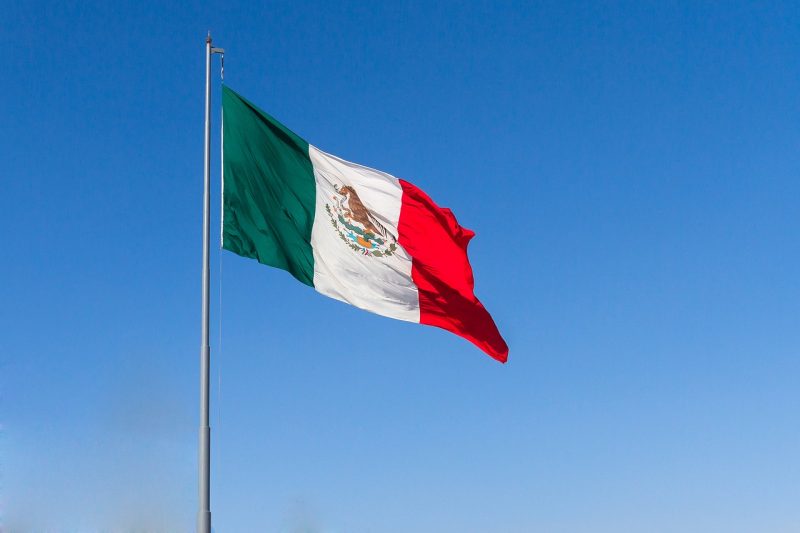 The popularity of this cuisine comes from the Mexican immigrants who arrived in the United States many years ago. These immigrants helped introduced their cultural food over the years including Mexican food that it has become a global favorite.

The concept has grown even further due to flexibility of this food group. The taco can easily draw fuse with flavors from to Asian or Indian foods. Due to these delicious pairing combinations, there&#82