There are more than 6,200 craft breweries (including brewpubs and microbreweries) actively operating in the United States according to industry reports. But have we reached peak consumption trends in this industry? Is it too late to start your own?

We attempt to answer these questions based on our in-depth industry research and predict the future trends of this important industry with an estimated economic impact of over $246 billion annually. We also share some of the pivots these craft breweries are beginning to experiment with to stay relevant to changing consumer taste. So pour yourself a lager or maybe an IPA and let’s examine these industry statistics. 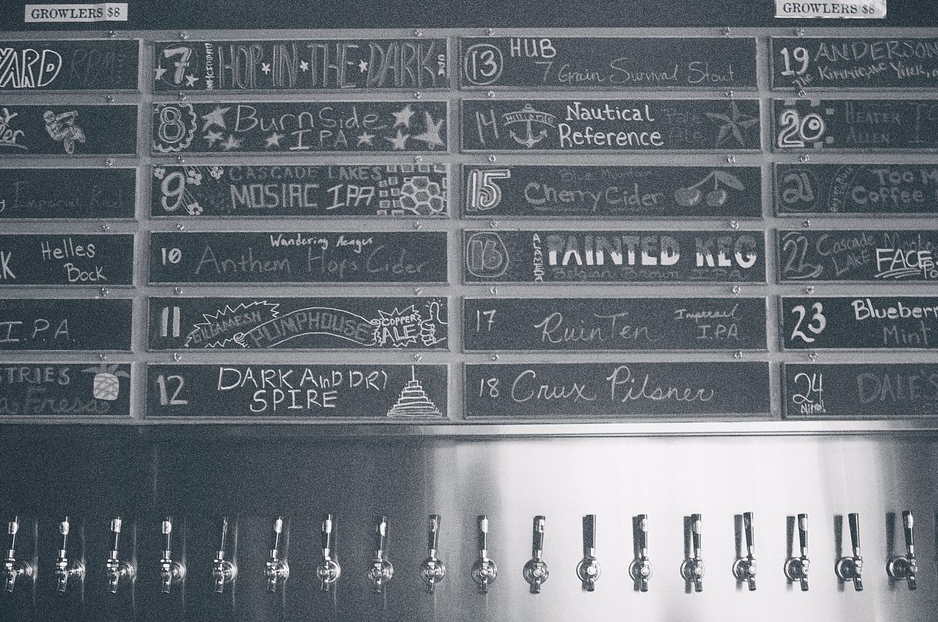 A wall of craft beer options to try.

Millennials aged 18 to 30, are at the core of the craft beer consumption. The age group felt deeply about their beverage – what it does to their health or the planet and where it came from. (DSM)

Gen X and Gen Y, which are known as traditional beer drinkers, have also grown interested in craft beer fueling its popularity among the age group. (Fact.MR)

Approximately 26 million barrels were produced in 2018, while the number of operating brewers zoomed past 7,000 the same year. (Statista)

Local, as well as international brewers’ venture into network expansion with new and exciting flavors, have brought in higher earnings for craft beer in comparison with traditional beer. (MarketWatch)

According to a study made by Beer Marketers’, some of the major beer brands are on a decline as a distribution from the top 10 beer brands only accounted for 53% of the market last year as supposed to 62% back in 2008. (Bizjournals.com)

Despite craft beer contributing to the decline of these major brands from 2010 to 2015, craft beer growth itself has recently slowed down. (Bizjournals)

According to a report from Hop Growers of America, there are now 29 states involved in hop production. (Science Daily)

In a survey of millennials aged 18 to 30, revealed that the beer they drink says a lot about their personality. According to them, the purpose, story, and motivations of the company behind their choice of beer are what matters. (DSM)

Among half of the under-30-year-olds who were evaluated, increased their craft beer consumption compared to 2 years ago. They validated that beer quality is also important in choosing their favored craft beer. (DSM) 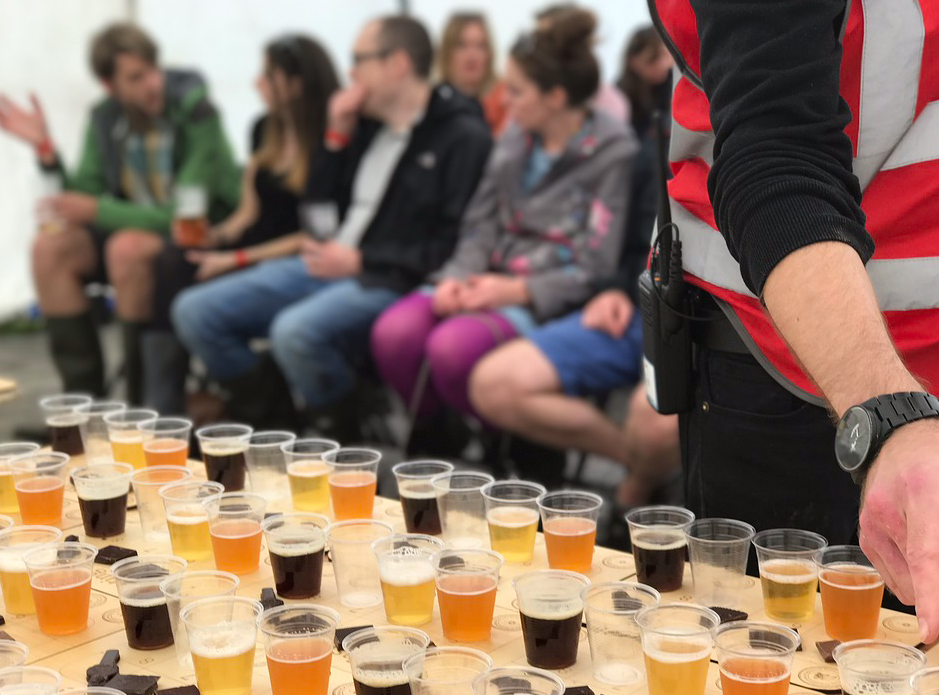 A light and dark beer flight.

Massachusetts has seen multiple brewery openings for eight straight years and shows no traces of backing down in 2020. (Mass. Brew Bros.)

Soon to exceed 8,000 in total, American breweries have already reached a significant number in the past few years. (BeverageDynamics)

The U.S. now has the most number of beer brands and flavors to choose from than any other nation in the world. This is the result of the current number of breweries in the country today. (Craftbeer)

There is insider speculation that Massachusetts breweries are reaching a saturation point. Despite this, there is still a significant number of breweries that are expected to open in the state. (Mass. Brew Bros.)

Vermont is considered as the craft beer capital of America. This is because Vermont has 11.5 breweries per capita, generating 151.2 pints for each adult aged 21+ (C + R Research)

The Brewers Association reported that U.S. craft beer grew from below 5% to about 13% market share of beer sales in America in the 2010s. (Forbes) 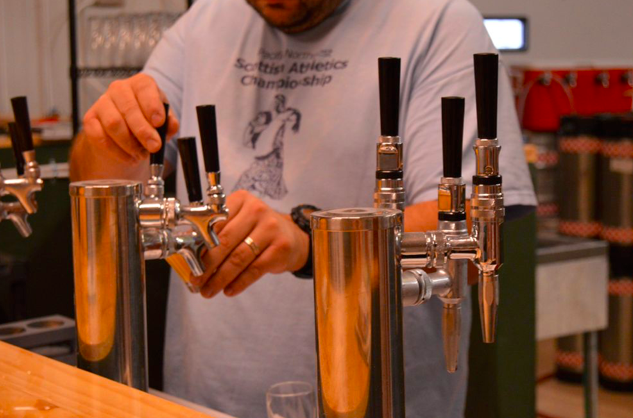 According to Mass. Brew Bros., there are about 49 known new breweries to open in the area this year. Twenty four of these breweries are new, while the remaining twenty-five are existing breweries either expanding through supplementary locations or contract brands constructing brick and mortar breweries. (Mass. Brew Bros)

Beer Marketers’ Insights’ Christopher Shepard approximated that the U.S. craft beer generated 27.15 million barrels last year, which was up 4% though this was distributed among 8,000 breweries. (Bizjournals.com)

Thanks to the use of leading-edge brewing methods and the use of premium ingredients, a great number of beer drinkers are known to have shifted from traditional to craft beer. (Market Study Report)

In terms of craft beer production volume and value Belgium, New Zealand, Australia, Germany, and the U.S. remain at the top of the pack. (Goldstein Research)

The total number of U.K. craft beer breweries is estimated to have reached 2,274 in 2018. (The Conversation)

Despite starting its revolution in the U.S., Europe leads the global craft beer market and is anticipated to reign supreme in the period 2018 to 2025. (Allied Market Research)

Craft beer growth in the emerging markets such as Vietnam and China is in its early phase, while the U.S. craft beer is currently at a decline in its core market. (Euromonitor)

The U.K. holds the 2nd biggest number of breweries per person, only trailing New Zealand as of 2019. (The Conversation)

Craft beer consumption in India increased at a rate of 20% per year, as to when the craft beer trend started in 2010. (Fact.MR)

In the U.K., there are early signs of craft beer growth stagnation as the opening of new breweries has already peaked. Data from the UK’s Office for National Statistics revealed that U.K. overall beer sales have declined from £3.7 billion to £3.2 billion in 2018-2017 respectively. (The Conversation)

The U.S. and Europe account for the most number of breweries around the world, with over 10,000 breweries spread across the two territories. (Goldstein Research)

Acquisitions and mergers suggest that the number of major brewers has shrunk, total production shows otherwise, as it maintained a steady volume over the years. (Intechopen)

There’s nothing like the smell of fresh hops in the morning.

During the forecast period of 2020 through 2025, the global craft beer market is expected to rise with a CAGR of 14.1% (Mordor Intelligence)

Currently, the craft beer market share with the overall U.S. beer market stood at 12%. This figure has plateaued in the past few years since craft beer sales have remained at single-digit growth. (BeverageDynamics)

As competition intensifies, many microbrewers are branching out into Kombucha, alcoholic seltzers and even spirits. (Euromonitor.com)

The European craft beer market is projected to rise by 1,324.31 million liters from 2020 to 2024. It is also expected that the growth surge would increase within the forecast period. (TechNavio)

Since retail shelves are crowded with a variety of brands, new brewers prefer to pass on distribution and instead go for taproom sales. Though most of their income happens on-site, some brewers still consider distributing locally. (BeverageDynamics)

With the BA reporting slow growth in the craft beer market, the industry seems to be headed into a division. On one end are the microbrewers who distribute locally while on the other end are the major craft brewers like Boston Beer Company with national and regional distribution channels. (Euromonitor.com)

The thriving craft beer trend among Asian consumers is anticipated to drive industry growth. Other alcoholic drinks such as wine have somewhat become a hazard in the growth of the craft beer industry in Asia. (Mordor Intelligence)

Boosting the popularity of craft beer in some parts of the world can be attributed to consumer’s preference for new flavors and styles. (MarketWatch)

Global craft beer numbers are surging despite the macro brewer’s supremacy in the market. (Intechopen)

Over the years, brewers served traditional beers as a way of creating product loyalty among its consumers. Thanks to a new generation of brewers and drinkers, craft beer was born. Formerly known as “boutique ” beer made by microbrewers, craft beer began its roots in America around 30 years ago.

Though statistics reveal that craft beer growth has plateaued in its chief markets like the U.S., most of the data still show craft beer exhibit potential growth in the emerging economies of the APAC region.

This can also be observed in the surveys conducted that craft beer remains popular among millennials, particularly between the ages of 18 and 30. The creativity that comes from making the beer is an important factor why they patronize the beer of their choice.

In saturated markets such as the U.S., competition is considerably compelling for some microbrewers to turn their creative output into alcoholic seltzers, Kombucha, hard ciders, and other spirits.

This shows that when a product hits a certain threshold of popularity, it will branch out and evolve. We’ve seen this happen already with all the different types of IPA’s now available (West Coast Style, Double IPA, Session IPA). We are also expect increased in gluten-free beers.

Even though many craft beer brands are competing for shelf space, we expect the craft beer industry will continue taking market share for the next five years.