Subway is one of the world’s top quick-serve industry chains with more than 24,000 locations in the United States alone. Subway is the leading sandwich chain in the U.S., topping the sales of its nearest competitor, Arby’s, by more than three times. Among other quick service restaurants in the world, Subway is only behind McDonald’s, Starbucks, and KFC.

While Subway has a terrific growth story, the franchise has faced headwinds recently. In 2019, the company closed down more than 1.000 locations nationally and sales have been on the decline. The company was also marred by scandal when a  New York Times report broke the story of franchisees getting pushed out of their investments by corporate. It’s been a challenging few years for a franchise that enjoyed rapid growth from the 1980s to the 2000s.

Are Subway’s best days behind them? Or can they invigorate the business once again with the help of a powerful marketing campaign? Let’s look at the history of the sandwich restaurant’s slogans and marketing jingles to understand what’s worked to boost sandwich sales in the past.

Now only in the Subway app or online
Any footlong is a 5 dollar footlong when you buy two
Even the new barbecue rib.
Subway, Eat Fresh.

Subway bakes my bread up fresh and that’s my way
I get a combo seafood club the best way, my way (at Subway)
They make my sub in front of me
Just the way it oughta be
It’s fresh, it’s hot, I know I got it
My way, Subway, my way
‘Cause nothin’ tastes better than
Subway, my way, Subway
Let’s sub together at Subway! 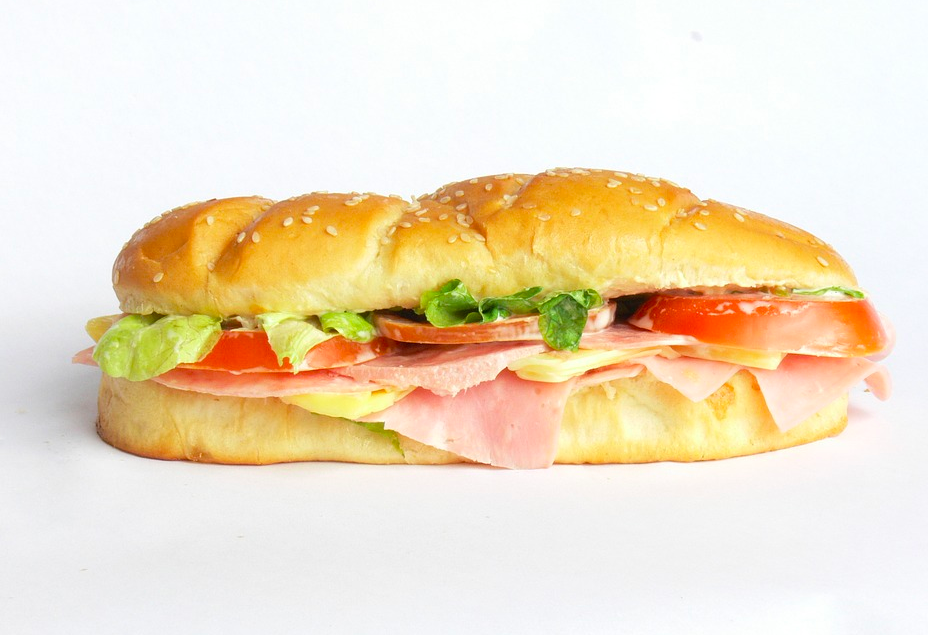 Companies frequently use celebrities to endorse and increase awareness for their marketing message. In the past, Subway has aligned its brand with athletes from major sports leagues to demonstrate the health benefits of their sandwiches. Here are some of the company’s spokespersons over the years.

Subway was conceptualized by a then 17-year old Fred DeLuca and financed by Peter Buck in 1965. Initially, the restaurant was named, “Pete’s Super Submarines”, until two years later when day shortened it to “Subway”. In 1974, the restaurant opened a second restaurant and started shifting its operation to the franchising model.