Taco Bell is a long-standing fast-food chain with a history of eclectic marketing campaigns and menu items. Take for example the talking chihuahua that stated “Yo Quiero Taco Bell” or the latest spokesperson and comedian Pete Davidson that has been apologizing for the history of bad breakfast menu items rolled out by the company over the years.

In this in-depth SWOT analysis, I evaluate the strengths, weaknesses, opportunities and threats of this globally recognized restaurant chain. Let’s look outside the box to see what make this franchise tick from a business perspective. 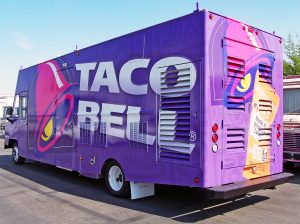 Believe it or not, Taco Bell has been ahead of the curve when it comes to serving a menu that meets special dietary requirements like vegetarian and vegan.

Taco Bell has proven that its customers’ health is one of their utmost concerns by switching to a trans-fat-free oil way ahead of their competitors. The shift to the use of canola oil in all 4,200 single-brand Taco Bell locations in the United States and to soybean oil to all of the 1,400 multi-brand restaurants in 2015 was a move to entice more customers to their stores.

Since 2008, Taco Bell has reduced the sodium content of its products by 15%. They also have the “fresco” option where people are encouraged to eat healthy by customizing their meals to adhere to different diets by removing rice and cheese and replacing it with the healthier pico de gallo to increase their vegetable consumption. The company has many options for vegetarians and vegans. They have a customizable menu ready to be adjusted to meet the requirements of the buyers. This shows Taco Bell continues to pursue innovation.

Creative Limited Time Menus – Taco Bell has carved its special niche in the food service industry by continuously updating its menu with creative items that no one could anticipate. Take for example their collaboration with Doritos to make Cool Ranch and Nacho Cheese taco shells. The company even tested out a waffle breakfast taco back in 2014. When it comes to testing new menu items, the company is fearless and will eventually land on items that resonate with guests.

Maintains affordable pricing as compared to other fast-food eating joints – One of the strengths of Taco Bell is the diverse Mexican food they sell at low-cost prices. Their slogan “think outside the bun” is not only made applicable to their menu but also on how they are able to maintain their affordable prices.

Taco Bell takes advantage of “economies of scale” by buying its ingredients in bulk, hence, at cheaper prices. Moreover, the store’s menu contains food that does not have meat. This helps reach a wider range of guests. One other way Taco Bell is able to sell affordable meals is by compensating workers at an average pay rate as other fast-food chains.

Few dessert choices – Most of the time, kids declare where they would want the family to eat based on the desserts offered by a restaurant or a cheap toy that comes with a meal. Taco Bell has only a few choices for dessert and may not be as attractive to children compared to what competitors provide.

Slow expansion program, not many outlets – Taco Bell may have more than enough stores in the United States to cater to their many consumers but in some places like a city in the Philippines, the nearest Taco Bell branch can be found around 7 kilometers or roughly an hour’s drive away considering the traffic.

This is despite the fact that there are several malls in said city, where sadly, Taco Bell has opened not a single store. The company has to seriously look into expanding in the Asian market if they want to continue realizing global growth. 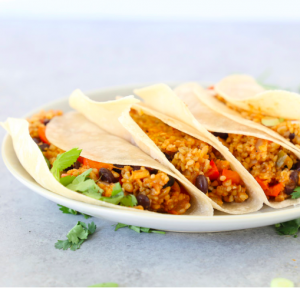 Associated with low-quality food – Whether it’s right or wrong, Taco Bell is perceived by many in the general public as serving low-quality food. Taco Bell has taken numerous steps to combat this believe, but it still resonates in the mind of many consumers who may opt to dine at a restaurant like Chipotle that’s viewed as using better ingredients.

Reliance on beef – Taco Bell’s reliance on beef in their menu is detrimental to the success of the company in a country where beef is expensive like in the United Kingdom. There also are some countries with strict import regulations for beef so Taco Bell has to source out suppliers of meat, which may be more costly. They cannot maintain their costs at the minimum. This is a factor that has to be seriously considered when deciding on the places that Taco Bell has to branch out.

The American approach to selling Mexican food – Foreigners may consider Taco Bell as an American restaurant selling Mexican food and this can be disadvantageous to Taco Bell because it’s not viewed as authentic. The public may not consider Taco Bell as a real Mexican restaurant. There’s not much the company can do about this perception unless they wanted to get into serving more traditional dishes like Barbacoa or Menudo.

Offer desserts and/or kiddie meals – Given that kids have a say as to where a family would have their meals, Taco Bell has to provide more interesting choices for children like more mouthwatering desserts and kiddie meals. This is also a way to increase Taco Bell’s market by getting kids to ask their parents to dine here.

Open more outlets globally – Sales of Taco Bell can significantly increase if branches were opened in towns or cities where it is not available now. A survey can be made to determine where new outlets can be made. Many crave Taco Bell but become disappointed knowing that the nearest stall is more or less 10 kilometers away.

Extensive research has to be done to look for new areas to build a Taco Bell restaurant. Opening a new brand may not be that difficult because many cities and towns, even in 3rd world countries, already have malls. Taco Bell can open an outlet in these malls to be able to further grow marketshare and the brand. 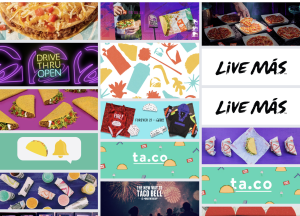 Compete as a healthy but affordable food store – Taco Bell’s marketing strategy has to focus more on how Taco Bell can be presented as a healthy food outlet and not just a restaurant selling low-cost meals to 16 – 24 years olds. With this, they can cater to the health-conscious market that continues to grow each year.

Reduce labor costs with new innovations/technology to make the system more efficient and less costly – Taco Bell relies much on manual labor; thus, labor costs take up a significant portion of the company’s expenses. New technology can reduce this by making production more efficient, thus bringing in more profits to the company. Taco making robots anyone?

Intensify marketing strategy on social media to let people know that Taco Bell has high-quality food – Taco Bell’s Marketing group needs to intensify its strategy to let the public know, through social media, that the store’s menu has shifted to quality meals like using trans-fat-free oil, limiting sodium, and giving customers the chance to customize their orders to the decrease calorie content of what they are getting.

This “fresco” style can make a remarkable decrease in the calorie content of the product, making it more advantageous to the health-conscious or to the vegan customer. Taco Bell offers plenty of healthy eating options, but the general public doesn’t know about them.

The proliferation of competitors offering affordable and tasty meals – There’s no shortage of competition in the quick-serve Mexican space. A few competitors that come to mind are Del-Taco, Chipotle, Qdoba, and even Taco John’s in some areas. Any of these brands could gain popularity and grab market share.

Food outlets catering to kids who have a say as to where a family eats – Taco Bell should make their meals more kid-friendly knowing that children have a say as to where their family eats. Taco Bell management has to strategize to target this market segment for those below 18 years of age. Adding more kids play areas to restaurants could be another opportunity to appeal to this segment.

Increasing Costs of Labor – This challenge is not exclusive to Taco Bell. All restaurant chains are challenged by labor shortages and wage inflation among lower income workers. Many restaurants have decided to pass along these higher costs to consumers with limited service menu items increasing 6.9%.

Partnership between Taco Bell and Doritos.

Taco Bell knows what their company’s vision is, which is “making the best Mexican style fast food providing fast, friendly and accurate service”. Management understands that it must serve quality products to consumers while continuing to roll out menu innovations.

Founded by Glen Bell in 1962 in Irvine, California, Taco Bell is an American-based fast-food restaurant offering Mexican food at low-cost prices. Originally, Glen Bell opened its first restaurant in Downey, California having Tostadas, Burritos, Frijoles, Chiliburgers, and Tacos as the menu items, all selling at $19 cents then (with a value of $2 in 2020 dollar value).

This first outlet closed in 1986 but the building which was not demolished was moved in 2015 to Irvine, California where it is stored intact in the parking lot of the Taco Bell Corporate Office and is known as “Taco Bell Numero Uno”. It was in 1964 when the first franchisee opened in Torrance, California.

By 1967, there were 100 stores available all in the United States and this went up to 325 in 1970. There were no indoor seating or drive-thru lanes for the original Taco Bell restaurants. Customers ordered only through walk-in windows.