SWOT Analysis for Red Bull: The Overlooked Threat of This Energy Drink

On October 12, 2012, Austrian skydiver Felix Baumgartner broke the world record for skydiving, having jumped off from an altitude of 39 kilometers above the earth at a speed of Mach 1.25. This amazing athlete—along with this particular skydiving event—is just one of the many athletes and events sponsored by the world-famous energy drink Red Bull.

With its famous tagline “Red Bull gives you wings,” the brand quickly soared to become the leader in the $57+ billion dollar global energy drink market since the company was founded back in 1984. Gym buffs, athletes, and even ordinary folks who needed an afternoon pick-me-up loved this energy-boosting concoction.

Due to its unique and effective marketing style, Red Bull is often linked to traveling, extreme sports, e-sports, and other activities that invoke thrill, excitement, skill, and adventure. 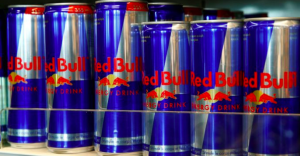 While Red Bull continues to soar with 154 million case sales in 2020 alone, the rapid growth seems to have stalled in recent years. Some competitors like Rockstar energy drink sales are declining, in part due to critic claims that the drinks aren’t healthy and contain too much caffeine, sugar, glucose and citric acid.

Wondering about the future of Red Bull? Check out this in-depth SWOT analysis of Red Bull’s overall performance in the industry to see what the future hold. 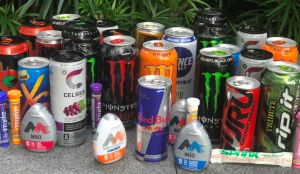 The energy drink industry is valued at more than $54+ billion. 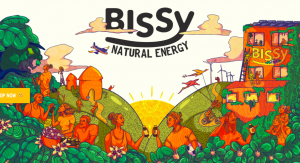 Because the ingredients in Red Bull are common, other companies can make their own energy drinks but sell them at cheaper prices. Many competitors have sprouted all across the world, formulating their own similar but more affordable energy drinks. This growing popularity of these cheaper energy drinks not only chips away Red Bull’s market segment. It also allows competitors to target lower-income markets that can’t afford authentic Red Bull.

Red Bull is the brainchild of Austrian entrepreneur Dietrich Mateschitz. While traveling in Thailand in 1982, Dietrich met Chaleo Yoovida, the CEO of TC Pharmaceutical. Chaleo had already introduced an energy drink called Krating Daeng in his home country. The drink proved to be a hit and a favorite with Thai truck drivers, laborers, and other blue-collar workers.

While drinking Krating Daeng, Dietrich realized that the drink can reduce the perennial travel-related problem of jet lag. Thus, 2 years after in 1984, with Krating Daeng as an inspiration, Dietrich and his newfound partner Chaleo founded Red Bull GmBH. With an initial investment of $1,000,000 and holding a 49% share, they introduced the company to the world. Both decided that Dietrich would run the company.

The Red Bull drink was then launched in Austria in April 1987, targeting skiers in the country. Red Bull branded their product as a trendy, chic energy drink. Thus, with the Mateschitz-Yoovida partnership, Red Bull was positioned as a premium drink while Krating Daeng as a lower-cost counterpart. Both products dominate both high and low ends of the price scale, especially in countries where the two products are both sold.

In the 1990s, Red Bull expanded to other European countries such as the UK, Germany, Slovenia, and Hungary. Later, in 1997, it expanded to the US and the Middle East 2000.

Red Bull GmbH has an established headquarters in a small and scenic Austrian village called Fuschl am See, near Salzburg, the 4th largest city in Austria. The Yoovidhya family, for technical reasons, owns 51% of the company. They also hold trademarks in the US and Europe.

The success of Red Bull catapulted both Dietrich and Chaleo into the halls of the elite. According to Forbes magazine in 2008, both men were the 250th richest people in the world. Together, they have an estimated net worth of $4 billion dollars. 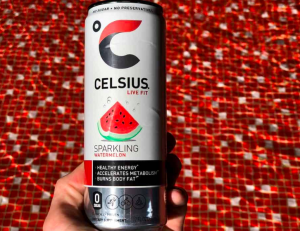 Red Bull drink has the same ingredients, but the amount of each ingredient varies, depending on the country where the drink is brewed. Red Bull contains caffeine, various vitamins B, taurine, and simple sugars. They are mixed in a buffer solution of magnesium carbonate, baking soda, and carbonated water. In some countries, a citric acid or trisodium citrate buffer is used as a substitute. Whatever the case, the buffer solutions contain electrolytes. Earlier formulations of Red Bull contain glucuronolactone, but this was later removed.

Since the drink’s inception, Red Bull’s flavoring is produced in Bangkok.

To address customer demands for different flavors, Red Bull offered variations of its energy drink. While the color and taste may vary, each variant has the same basic formula as the original blend.

In 2013, the company launched Red Bull Editions to diversify its flavors. These included cranberry, blueberry, and lime. There are other flavors, but they are only available in certain places or specific seasons.

This SWOT analysis will hopefully give you light on the characteristics of the brand so you can formulate your own business strategies, considering that you’re stocking Red Bull or thinking about investing in the company. Red Bull is owned by the Austrian based parent company called Red Bull GmbH. Contrary to what some people believe, Red Bull is not owned by Pepsico or Coca-Cola.