Without reservation, the donut is my personal favorite when it comes to pastry. Donuts are depicted as a favorite among law enforcement personnel during their coffee break, but let’s face it… Everyone loves them.

My personal favorite is the Old Fashioned donut with no glaze. But whether you prefer the ring-type donut, ones infused with cream, custard, fruit preserves, or frosting with sprinkles on top I’ve got you covered with these donut caption and quotes. Snap a photo of any donut and post it on social media websites including Instagram with these taglines. 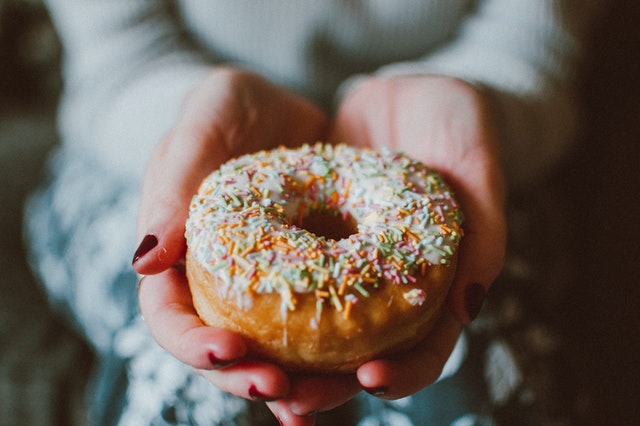 “Donuts. Is there anything they can’t do?” – Matt Groening

“Be sweet and honest always, but for God’s sake don’t eat my doughnuts!” – Emma Bunton

“With a doughnut in each hand, anything is possible.” – Jameela Jamil

“Reality is like a doughnut: Everything that is good and funny and juicy is outside the center, which is just emptiness.” – Olga Tokarczuk

“Cancer is a cruel killer. It creeps up on us when we aren’t expecting it. But cake is not cancer. A doughnut does not creep up on you.” – Katie Hopkins

“You pretty much can’t get away from bacon or whiskey in the South. Put a doughnut in it and you’d be good to go.” – Hillary Scott

“An actor without a playwright is like a hole without a doughnut.” – George Jean Nathan

“The reality of life is if you have a bagel shop and everybody is pouring into the doughnut shop across the street, if you want to stay in business, you start selling doughnuts.” – John C. Bogle

“You can’t beat a good doughnut. It has to be a jam one with light pastry and caster sugar on the outside. If I’m really tired, I have to hunt one down, because it gives me that sugar rush to keep me going.” – Paul Hollywood

“I have a doughnut every morning. The same kind, from a street cart. Vanilla frosted with sprinkles on one half, weirdly. How hard is it to sprinkle the whole thing?” – Allison Williams

“I’m on my version of the protein diet, but there ain’t no protein in it. It’s a Krispy Kreme doughnut between two Cinnabons. And you soak it overnight in Red Bull. Then you chase it with a Snickers.” – J. B. Smoove

“You go into any doughnut shop and look at three cops having coffee, I guarantee I look like one of them.” – Dean Norris

“I never fry a doughnut! If you want a doughnut, go and buy one once in a blue moon. It’s about everything in moderation.” – Mary Berry

“I learned to bet on the Red Sox, the Celtics, and Suffolk Downs. I thought it was a glorious life – pull up to the doughnut shop, spread out, and plan your day.” – Alex Rocco

“Indeed, it is a proven mathematical theorem that a doughnut is topologically distinct from a sphere.” – Simon Singh

“I’d rather get a hot dog or a doughnut than write a song.” – John Prine 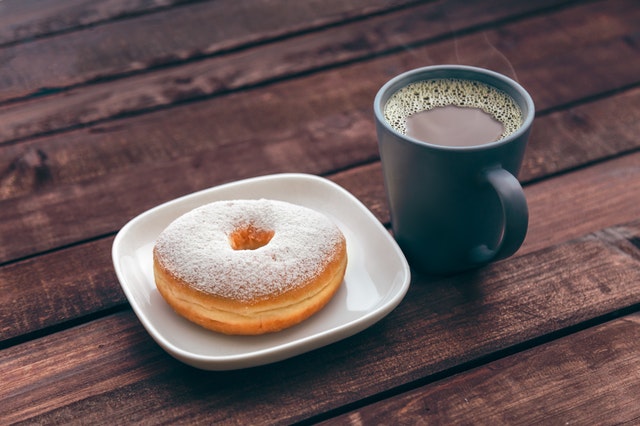 Donut and a mug of coffee.

All sorts of spins on the donut have been brought to the United States by immigrants. Donuts are widely available in the United States with donut shops, gas stations, and most grocery stores carrying them. Some of the types enjoyed in the United States and Canada are Boston cream, cinnamon, frosted, chocolate, glazed, coconut, powdered, and jelly filled. You can even find donut holes and other creative twists on the pastry.

National Donut Day honors the donut’s historical and cultural significance. There is also a donut-themed event aptly named the “Tour de Donut” which is held in Staunton, Illinois each year. The Tour de Donut is a one-of-a-kind bicycle race in which your ability to eat donuts is as essential as the ability to ride a bike. Riders visit donut stations and consume donuts throughout the event. If you’ve ever participated in this event, let me know. I’d love to speak with you about it.