I suppose the secret is out among hungry consumers. Signs of Korean culinary conquest can be seen almost everywhere with bulgogi, umami, and bao becoming common staples in the foodie’s lexicon too.

Consisting of a variety of unusual dishes, including BBQ, kimchi, and many more, Korean cuisine has reached a popularity in the US that exceeded expectations with 37% of Americans reporting they enjoy cuisine. So if you’re planning on opening your own Korean restaurant and capitalizing on the momentum, here are some of the best names still available for use. 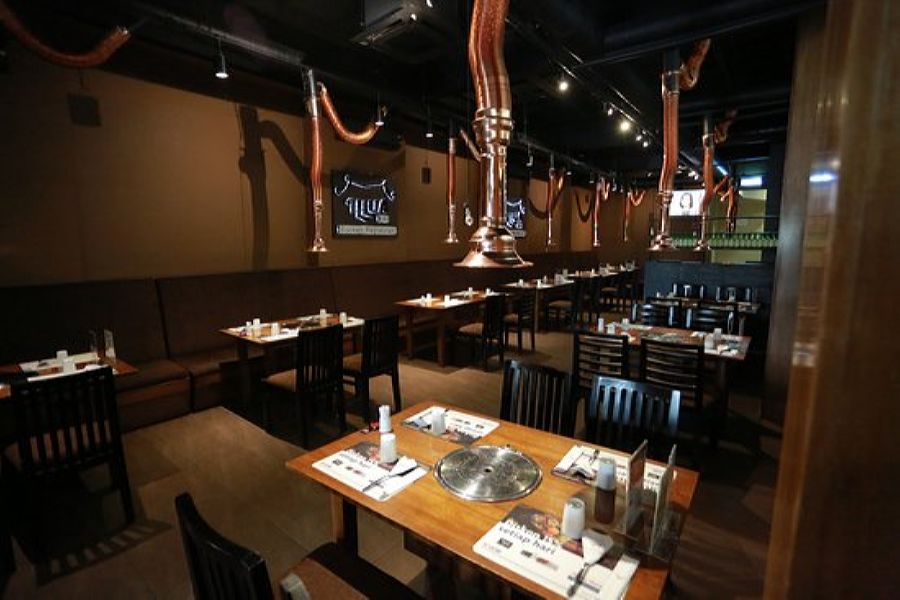 The rise of Korean popularity in the United States has given rise to a number of Korean restaurants. Many of these eateries serve traditional Korean cuisines, including the famous cabbage and daikon kimchi. If you’re trying to figure out what to call your Korean restaurant, we’ve compiled our best suggestions below.

Related Reading: How I Started a Restaurant with No Money and a 540 Credit Score 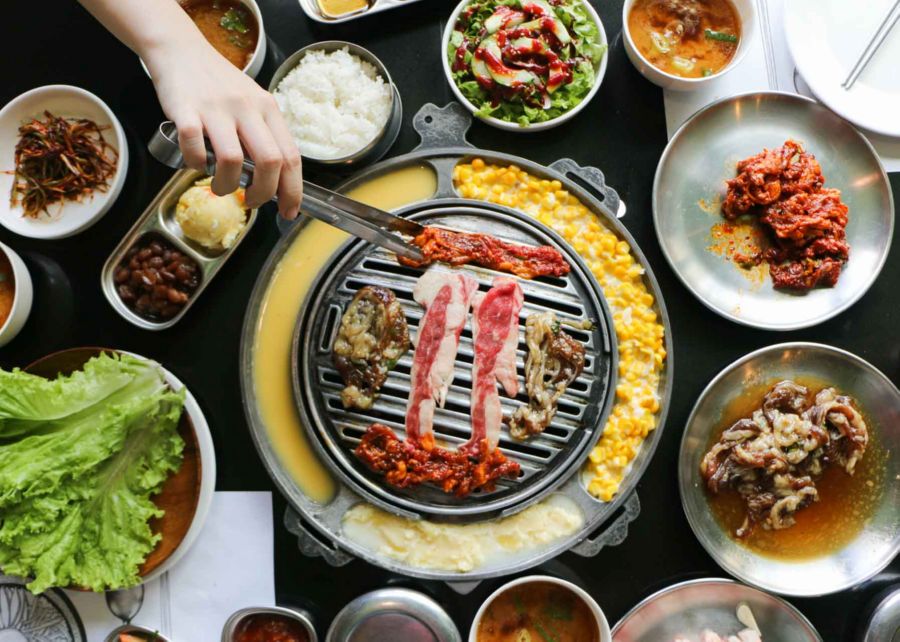 A traditional Korean BBQ restaurant with the grill on the table.

As the newcomer to Barbecue cuisines in America, Korean BBQ is taking the country by storm with its unique style of cooking at the table yourself. Known as “gogi-gu-I” or “meat roast”, there are plenty of names you can adopt for this style of cooking. 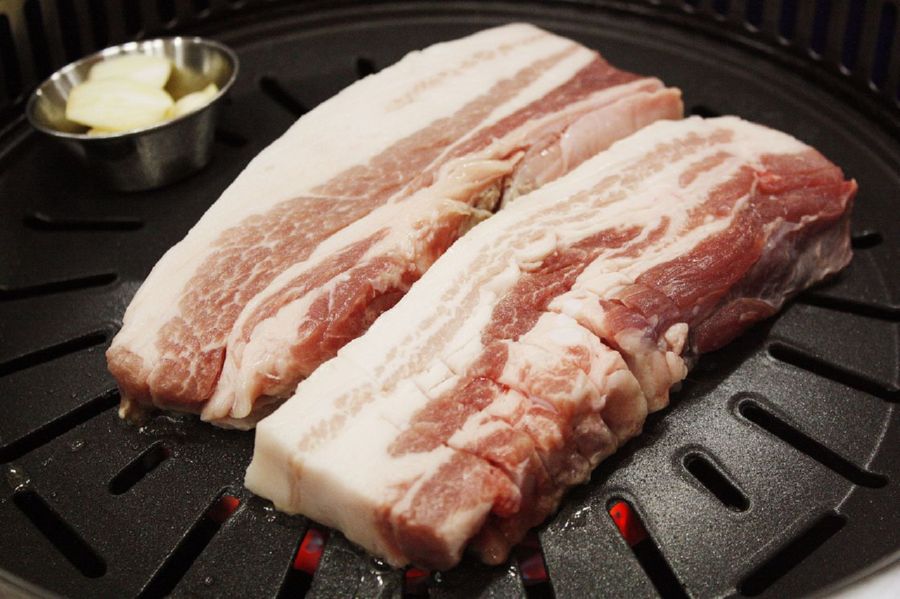 Samgyeopsal or “fatty pork belly” is a popular style of Korean cooking.

Samgyeopsal is a type of Korean cuisine that focuses on the grilling of strips of fatty pork on a Korean table-top grill. The word itself means “pork belly.” Here are some creative ways to name your own Korean Samgyeopsal restaurant. 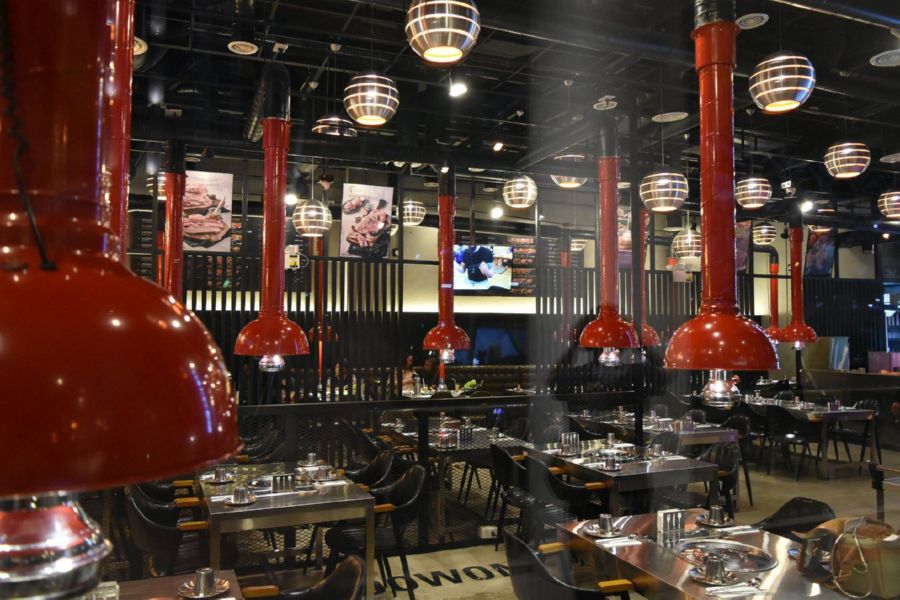 Korean restaurants are becoming popular across the United States.

What type of cuisine is Korean? 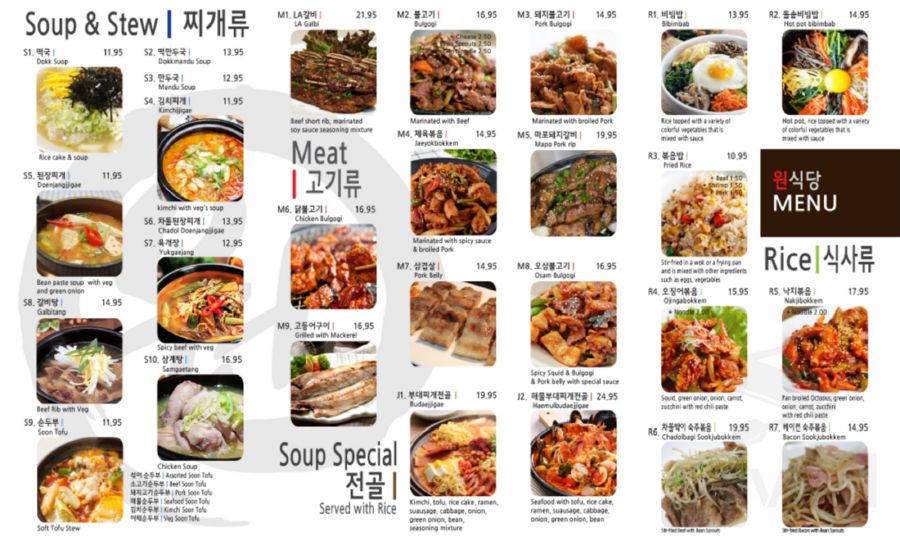 Some of the typical Korean dishes you can find in most restaurants.

Predominantly from South Korea, Korean cuisine as it is known around the world is a cuisine that is largely based on rice, vegetables, and meats in a variety of styles. Evolved through centuries of social and political changes, Korean cuisine originates from the ancient nomadic traditions of Korea and Manchuria.

Traditional Korean cuisine is usually named for the large number of side dishes that accompany the bowls of steamed rice with the famous kimchi served at every meal. Using such common ingredients as sesame oil, fermented bean paste (doenjang), soy sauce, salt, garlic, copious amounts of ginger and gochugaru (pepper flakes), fermented red chili paste known as gochujang, and plenty of napa cabbage, Korean cuisine is spicy and flavorsome with many of the dishes being served cold.

Meat is a prominent ingredient in authentic Korean cuisine, which can also be seen in the western restaurants. Pork has been one of the main protein for centuries in Korea giving rise to the Samgyeopsal style of cooking we know today. Chicken is another common protein in Korean food. Beef is also highly consumed in Korean cuisine though eaten with less frequency than pork or chicken.

Sauces are an important flavor foundation of almost all Korean dishes and are used to season the food in much the same way as Western marinades.

If you’re serious about starting a Korean joint, don’t forget to enroll in our free food business startup kit. We share interviews with successful restaurant owners and tools with everyone that enrolls for free.