Ways I’ve Coped with Disasters in My Restaurant Business

So far in my time on food trucks and in the restaurant business, I’ve seen more than my fair share of disasters. And I don’t mean, “someone cut off the tip of their finger on a slicer” disasters, though I’ve seen that, because that someone was me.

No, I’m talking about little moments that could potentially turn into game changers: You walk into your kitchen in the morning, and start pulling items out of the walk-in cooler to start your daily prep, when you notice that the walk-in is a balmy 65 degrees, and you’ve got thousands of dollars worth of product that’s either already ruined, or is about to be, and soon.

Or how about the time the dish machine you bought second hand, the one that’s meant to just rinse glassware under a bar counter, but that you’ve been using to wash the entire contents of your kitchen overflows for the 20th time that night, and the soaked-through sub-floor plywood that passes for a work space suddenly collapses, sending your Russian dishwasher hurtling straight down, into the basement?

Or how about that time you arrived at work to find the entire façade of your business papered with flyers from a disgruntled former employee, publicly accusing you of everything from light fraud to out-and-out homicide? 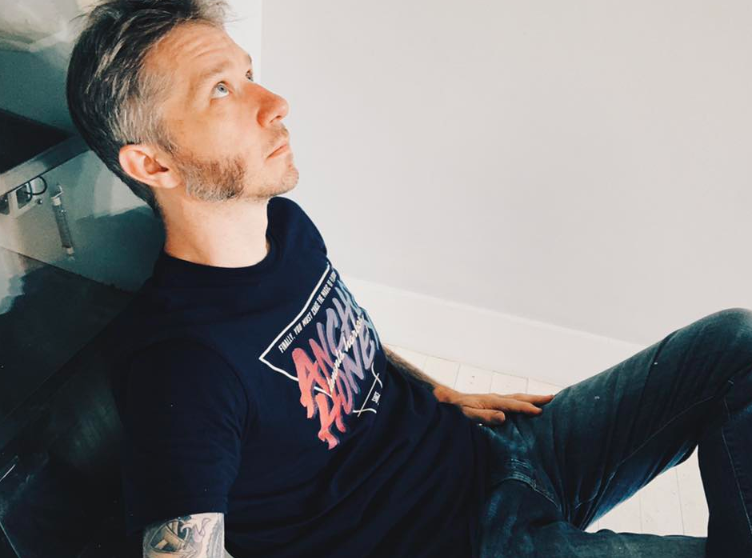 Me trying to cope with the challenges of running a small restaurant.

These are all things I’ve encountered that could have potentially ended my business for good. And believe me; these stories aren’t at all unusual. Spend some time knocking around kitchens, and you’ll hear stories that will set your hair on fire; including the one about the line cook with the giant greasy pompadour who accidentally set his hair on fire.

This business is full of challenges. In fact, you’ll encounter challenges of at least some degree, almost every single day you are in business. Some are big, and some are small, but it’s the way you COPE with those setbacks and aggravations, which will determine whether or not you have any longevity in this business.

And while there’s no way to prepare for every specific individual bit of chaos that’s bound to come your way, there are a few ways you can manage disaster and keep it from swallowing both you and your restaurant.

Anticipate particular problem areas, and have a gameplan for when disaster strikes. 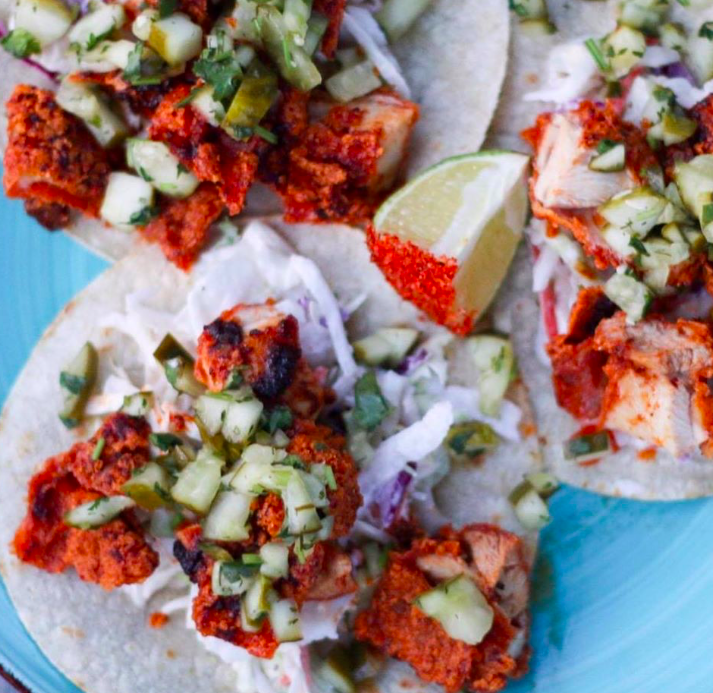 These Nashville hot chicken tacos are one of the favorites at my restaurant Ancho Honey. Learn more about it here.

If you walk around your food truck or your kitchen right this minute, you can probably identify a few areas of flakiness, or pieces of equipment that you’ve been playing it fast-and-loose with for maybe a few weeks or months too long.

Maybe the secondhand three door lowboy cooler that you level with a pneumatic car jack to keep the compressor fan from making a rattling noise is a place to start. Or maybe keeping the rendered bacon fat on the shelf over the propane stove next to the fire extinguisher that hasn’t been recharged in five years isn’t the smartest move.

Whatever the case, there’s probably a habit you’ve developed or a piece of equipment you’ve neglected that, sooner or later, may cause disaster. You may have gotten by for this long without a major incident, but what will you do when the worst happens?

Putting together a plan for a system failure can be simple. For example, if the walk-in cooler dies, where will you transfer your dying inventory to keep it from spoiling? Do you have room in another refrigerator? Who will be in charge of executing the transfer of all of that product? Do you have a relationship with a local refrigeration specialist, and particularly one who will make emergency calls in the middle of the night?

Similarly, what will you do if there is a fire? Do all the members of your staff know how to extinguish the different types of potential fires? Does everyone know how to pull the fire suppression switch (and more importantly, when NOT to), and where fire extinguishers are located? Are you properly insured to cover any damage resulting from a fire?

These sound like simple preparations, but having a few top-level strategies for tackling major problems as they arise will reduce their impact on your business, and on your overall stress levels. Plan for the unexpected.

Maintain at least a thin facade of calm, particularly in front of customers and staff. 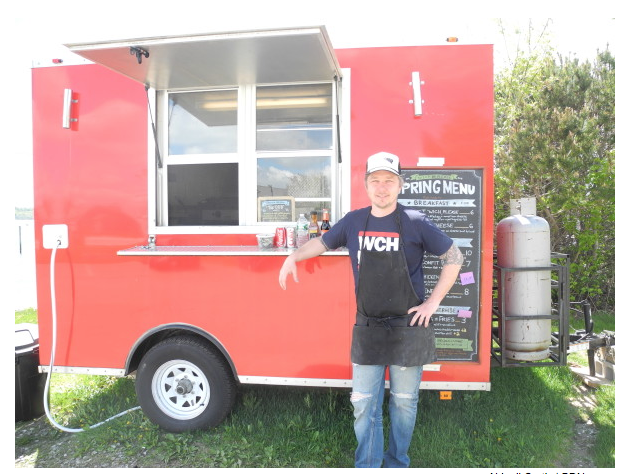 Outside my concession trailer… where it all began!

Contrary to what reality show cooking competitions may have taught you, no one likes or respects a chef or owner who marches around in a state of constant meltdown.

When the shit hits the proverbial fan, your staff and even your customers will be looking to you for leadership, and to help determine their own reactions to the problem at hand. If you’re carrying on like a beet-faced lunatic, expect that reaction to trickle down through your help, who may work themselves into such a state that no one is able to fix the problem.

Instead, remain calm. Even if your hostess has hurled a brick through the window as means of handing in her resignation, keep cool. Talk through the problem. Assign responsibilities, and work through it together.

Think on your feet. Adapt on the fly. Make it work. 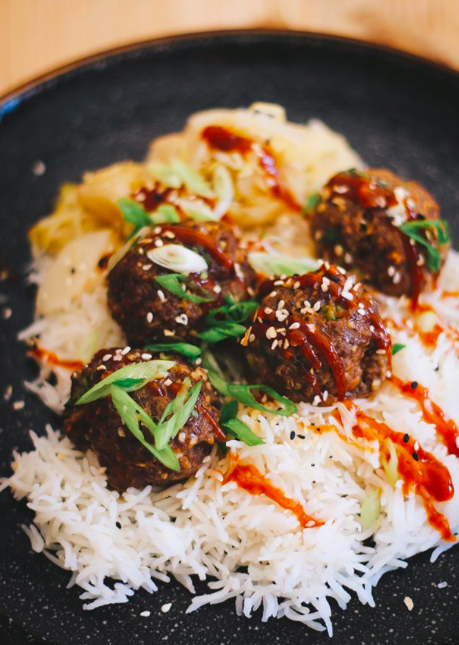 These Korean BBQ meatballs are available in the case for take out.

A big part of restaurant work is the ability to execute your vision, under circumstances that are often far from ideal. I’m thinking back, here, to a particularly challenging night of service a few years ago. I was hosting weekly “India Night” theme dinners at a local restaurant, and these dinners basically made me enough money to pay my bills for the entire week. In addition, they were a great opportunity to show off my skills with a type of cuisine that was not only different than my usual fare, but which was almost completely unavailable in the area where I lived.

One night, I had promised an entrée which I knew I had stocked in my freezer from a previous dinner. I had pre-sold about 30 orders, and had another 25 reservations booked throughout the night.

Stupidly, I hadn’t pulled the sauce from the freezer until the first tables were sitting down, and when I went to retrieve it for those first few orders, I realized (entirely too late), that it was gone. Poof. I had no entrée to serve my guests, and it was too late to make more.

Related Reading: How I Converted a House into a Fully Licensed Restaurant

I think in a lot of lines of work, you’d give up. Throw up your hands, apologize to your customers, give them their money back, ask them to come back next time. But the restaurant business doesn’t work like that. Instead, I remembered the chicken I had marinating for this dish…it used a lot of the same spices as the finished sauce. I strained the raw protein out of the marinade, cooked it with a bunch of heavy cream and crushed tomatoes, and then immersion blended the whole thing to get rid of all of those gnarly chicken fat strands at the last minute.

My customers never knew the difference, and I turned out a respectable dish, just by thinking on my feet and not allowing failure or giving up to be an option. Was the sauce as good as the version that had simmered all day in an array of exotic spices? No. But did it get me through the night? You’d better believe it.

Schedule time away from your food truck or restaurant. 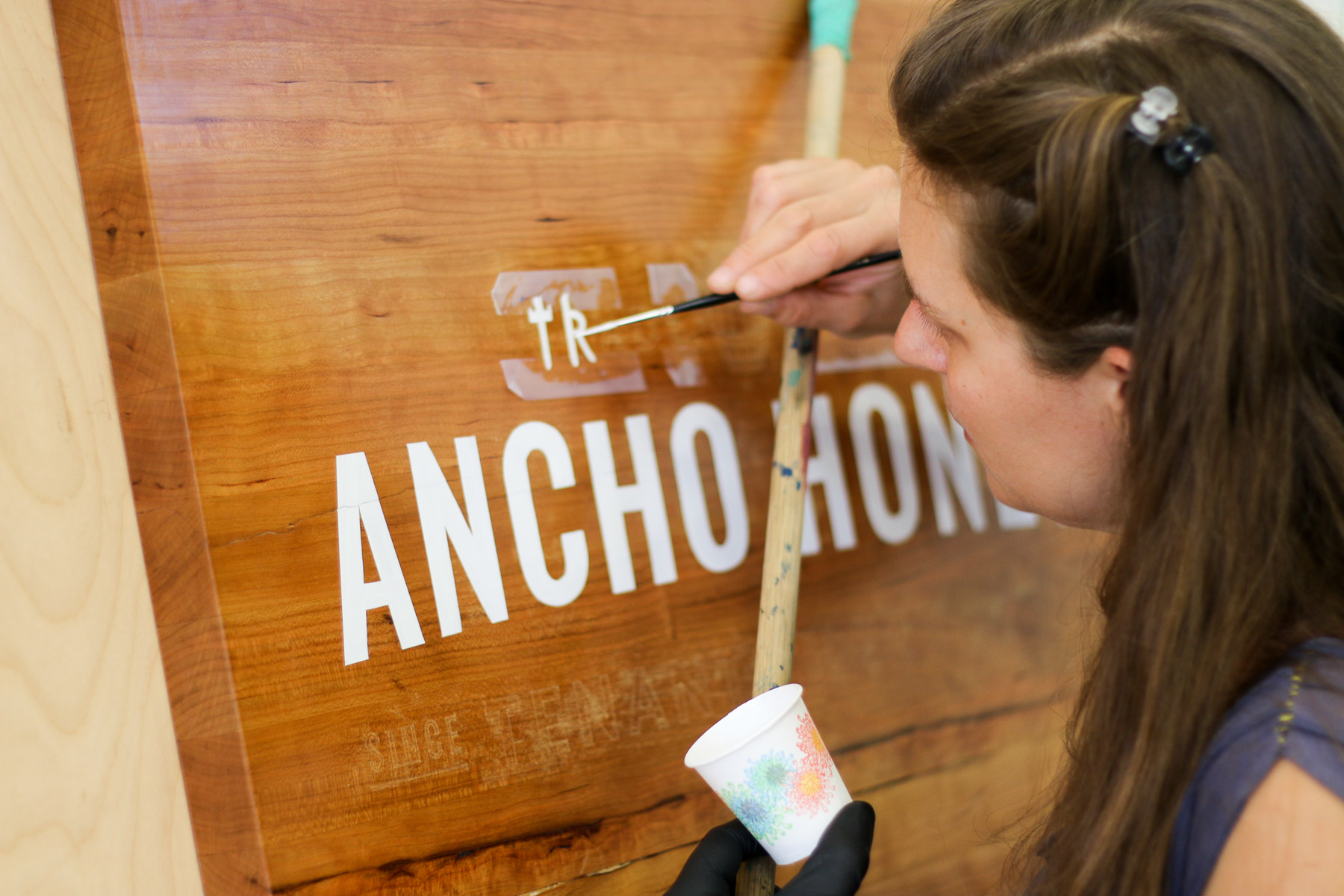 This is an item we touched on a little earlier, but it bears repeating, at least briefly: You cannot eat, breathe, and sleep your restaurant or food truck. You just can’t.

Schedule a day, or even a few hours each week, to do something wholly unrelated to the work that you do and the business you are trying to build. Go for a walk outside. Go hang out with the kid of yours, what is he, fifteen already for chrissake? Cultivate relationships and interests outside of your workplace, so that when you return to it, it’s with the strength you need to problem solve rationally.

Be mindful of unhealthy coping mechanisms. 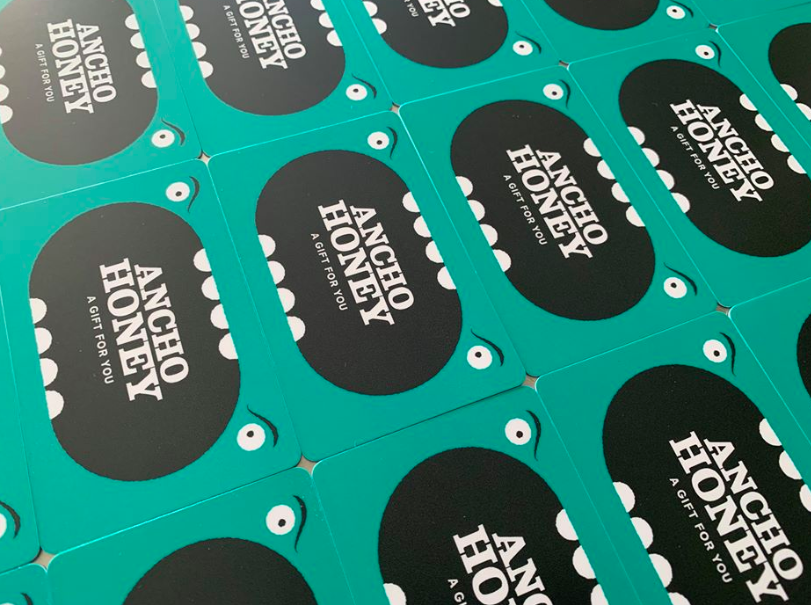 Cool photo I took of gift cards at my restaurant Ancho Honey.

This dovetails a little bit with the item above, but it’s something to keep an eye on. There are many, many people in this business that use some external substance, whether it’s alcohol, recreational drugs, or even good old fashioned mama nicotine as a shortcut for decompression and relaxation.

After all, if you’re pressed for time and pressures are high, there are few things that can wind you down and turn your brain off as efficiently as a glass of scotch sipped at the end of the bar after a particularly stressful night.

Light to moderate drug and alcohol use may seem like a necessary part of keeping your sanity, and for many people, it is, but it’s something to keep an eye on. I’ve also seen it end careers, and less dramatically, make the day-to-day function of a restaurant or food truck much more chaotic than it needed to be. The slope from “maverick young cook who needs a belt to lubricate his joints” to “has-been who can’t stop shaking until he has a beer” is, unfortunately, steep and slippery.

I’m not suggesting that kitchens be run like sober safe-houses; but I do think it’s important to keep asking yourself whether the substances you use to “decompress” are still helping you, or hurting you, your business, and your relationships. Keep yourself, and your employees, in check.

If you want to start your own restaurant, check out my menu and recipe cost template here. This will help you start figuring out the costs and profitability of your restaurant menu. You can also join my community of like-minded food entrepreneurs to get the latest progress updates about my own restaurant business.

Malcolm Bedell is co-author of the critically acclaimed "Eating in Maine: At Home, On the Town, and On the Road," as well as the junk food-centric Spork & Barrel and Brocavore, a blog focusing on street food culture and cooking. His contributions include Serious Eats, Down East, L.A. Weekly, Bon Appetit, The Guardian, and The Huffington Post and his food truck, "'Wich, Please," was named "Hottest Restaurant in Maine" for 2015 by Eater. Check out my restaurant Ancho Honey on Facebook.