One of the most unexpected trends of this century is the rise of made-at-home slime. With the exception of parents who often find it getting stuck to the sofa and everything else, most people love the stuff. Slime was invented in the 1970s by Mattel serving as an educational tool teaching kids about viscosity and chemical reactions. It turns out science can be fun!

But this four decade old product become a global phenomenon for kids in 2015 when viral YouTube and Instagram videos came out explaining how to make the product at home. Made from widely available household items like Elmer’s glue, baking soda, contact lens solution, water and glitter, slime acts as a solid and liquid at the same time. It’s a satisfyingly gooey way to have fun.

With YouTube channels making as much as $200,000 a month from sponsorship deals, the slime revolution has become a legitimate business opportunity with popular YouTubers capitalizing on this growing trend. So if you are interested in getting into the slime business, check out our best name ideas organized by theme below.

If you are planning on opening up your own slime shop, then you’ll need a distinct name to help stand out from all the other online stores. And the name can be anything you want it to be really, as long as it clearly tells people that what you sell. Here are some of our best all-purpose name ideas. 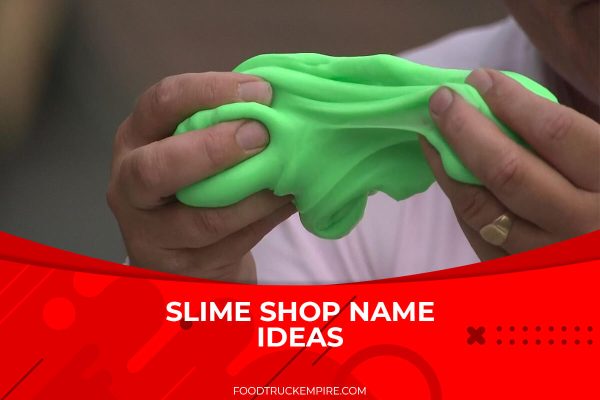 Believe it or not, there are actually hundreds of slime shops already doing business across the United States. Here are some of the name ideas that haven’t been claimed yet.

How to start a slime shop 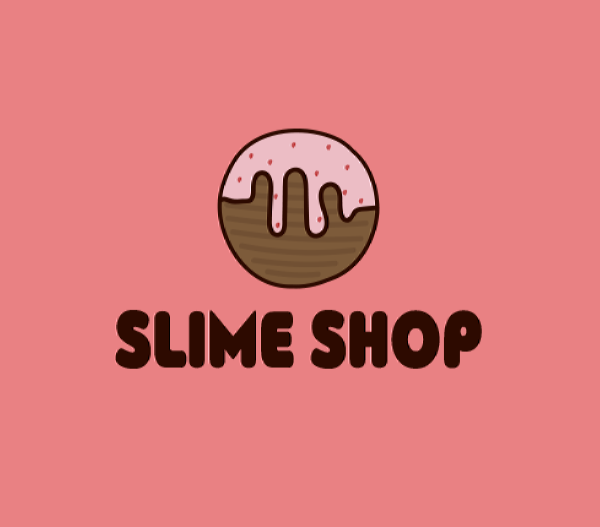 How to open a slime shop.

Starting your own slime shop does require basic business and marketing skills. None of this stuff is rocket science. Here we share some of the basics of starting a small online slime shop or account.

Every business needs customers. In your case the case of an online slime shop, you’ll likely be finding customers through social media accounts including Instagram, YouTube, or other platforms. This is the main marketing channel to get your slime out to folks who want it.

Make sure your Instagram, YouTube or other social media accounts look good. Make sure your profile includes high-quality images with good lighting and using an attractive background.

The photos and videos don’t need to be professionally edited, but you should maintain a certain level of quality. Good lighting from the sun coming through a window is one of the biggest tips for taking good photos. Don’t take photos of your slime at night as that will create shadows and unappealing photography.

While you need photos to look good, no expensive equipment is required to pull it off. A recent model of the iPhone is all you really need to get this business off the ground. A dedicated space in your home or apartment to take photos that’s near a window will also make the process of preparing a photo shoot faster.

Perfect your slime recipe before selling. Some slime sellers spend months coming up with an ideal recipe. Shipping before your slime is ready can be bad for business as you might negative reviews and won’t build repeat customers. Perfecting your slime manufacturing process can be a challenge, but

Be patient and stick with it. Just because your slime shop doesn’t get any sales in the first week, don’t give up. Continue publishing photos, sharing recipes, and videos of your creations. Overtime you’ll slowly start to build a following. The most successful slime shops have already been at this business model for years. There’s rarely an overnight success in this industry.

How do you find slime shop recipes?

Consisting mostly of Borax, hot water, colors and scents, slime is simple to make. But perfecting the recipe process will take some time. It’s a skill sort of like baking that will take practice.

Just mix the ingredients together and then add the additions of color, scent, etc. as you want. Check out this awesome video from Courtney Wohl, Slime guru-ess, and some of her amazing Slime recipes. We’ve also provided direct links to some good recipes we discovered online. Some of them only require three ingredients to make.

Here are a few more places to find quality slime recipes to help you get started:

How much can you sell slime for?

If you want to get a sense of what the market realistically pay for slime, check out Etsy.com. Here you’ll find hundreds of options for purchasing slime form different makers. At the time of writing, $4.99 – $6.99 retail for 2 oz – 4 oz bottles seems to be the growing rate. Larger 8 oz. bottles can be sold for $10.99.

Amazingly, this social media sensation is not expensive to make. You can often produce a package of 2 oz. – 4 oz. package of slime for between $.75 – $1.50 and sell it it for 2x – 5x what you paid for it. Don’t forget to take into account the cost of packaging and shipping you slime.

Also, different slimes will have different raw material costs depending on if you use glitter or what ingredients are used in the slime. Keep this in mind when determining your own product costs.

Related Reading: How to Generate Hundreds of Profitable Podcast Name Ideas Like Me

For a handful of young people that recognized this trend early, selling slime has been a huge moneymaker. But for most slime entrepreneurs, the revenue generated has been modest at best. The reality is that most people that get started in this business never make more than a few hundred dollars with the business.

Don’t let the low-revenue numbers discourage you though. There’s still plenty that can be learned by starting this business including sales, marketing, photo / video editing, and much more. There are all sorts of applications for these practical skills that you can apply to future ventures.

We encourage you to enjoy the process of opening your own slime store. What type of slime are you planing to sell? We’d love to find out what you’re up to in the comments area below.