A refrigerator truck, also known as a chiller truck, is a van or vehicle that is used to transport perishable goods at a low temperature. Refrigerator trucks can be ice-cooled, fitted with any of a number of mechanical refrigeration systems powered by small displacement diesel engines or use carbon dioxide (either dry ice or liquid form) as a cooling agent. The majority of long-distance refrigerated trucking is done with semis towing refrigerated trailers.

Refrigerated trucks are considered as a vital form of transport for large doses of vaccines that require low-temperature storage in order to preserve its potency. These refrigerated trucks helps distribute medicines nationwide.

Learn more about the critical role the refrigerated truck industry plays in our daily lives with these surprising statistics. 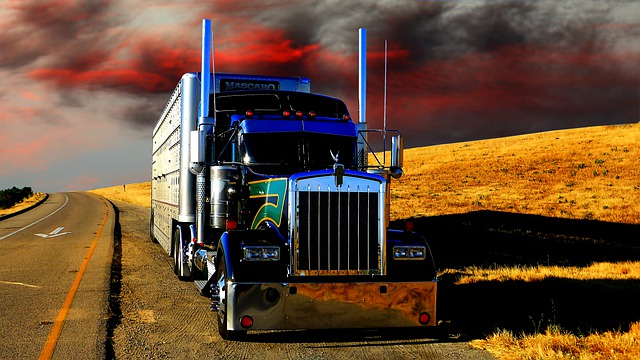 The food and beverage business is vital to the US economy, accounting for 5% of the country’s gross domestic product. The food industry in the United States is worth $1.4 trillion in total sales. As a result, the growth of the food and beverage industry is expected to fuel a consistent need for refrigerated transportation. (Refrigeration Industry)

Back in 2019, the global refrigerated vehicle industry is estimated to hit $15.5 billion.

Agriculture is one of the refrigerated trucking industry’s most important end-users in the United States. Agriculture’s rising reliance on this business has resulted from the rise of agricultural products and increased trade. (Mordor Intelligence)

The trucker tractors have an average life of roughly 8 years, or 700,000 miles in terms of miles covered. The purchase of refrigerated trailers or a truck-tractor is made as new equipment, leased equipment, or rented equipment in some cases. Because profit margins are currently low, trailer leasing has become a popular form of procurement. (PR Newswire)

The most common means of freight transportation in Europe is by road, which transports 75% of all freight. As demand for refrigerated transportation rises, the cold chain industry is expected to grow by 12% by 2019. (Beroe)

In the second quarter, the average refrigerated truck rate in the United States hit a new high of $2.96 per mile for shipments between 501 and 1,500 miles, up 12 percent from the previous quarter ($2.64 per mile). (USDA)

Prior to the epidemic, the sector was expanding quickly. The market is expected to exceed $20 billion by 2025, according to estimates. (United World Transportation)

In 2017, the global market for refrigerated trucks was $6.36 billion. This market solely comprises autos and excludes services.

To successfully combat COVID-19, it is projected that 60 to 70 percent of the population will need to be inoculated. As a result, the refrigerated transportation infrastructure will be important in the coming months and years. (United World Transportation)

Truck pricing for shipments traveling between 500 and 2,500 miles has been impacted by high demand for truck services and big volumes. (USDA)

Consumers in France and Germany bought nearly 50% more frozen meals than in the United States. Citizens all over the world began stocking up on frozen meals, and the trend appears to be continuing. (United World Transportation)

Truck traffic decreased by at least 20% in numerous nations. To make matters worse, most restaurants have closed their doors for the time being. (United World Transportation)

Aside from producing and manufacturing food goods, the food and beverage industry has also contributed to the rise of US exports, with roughly $133 billion in increased sales in the foreign market. (PR Newswire)

The United States develops and manufactures over 95% of new medications that enter the market. As a result, the rise in pharma products necessitates proper temperature-controlled logistics, which is likely to propel the market forward. (Refrigeration Industry)

COVID-19 only briefly reduced demand for chilled transport. The market is primed for explosive expansion as consumer demand shifts to frozen meals and vaccine delivery as a result of the pandemic. (United World Transportation)

According to industry figures, truckload carriers have annual turnover rates of more than 100%. The tank truck side, on the other hand, has a 30 percent turnover rate, which varies by region and service mode. (Mordor Intelligence)

The reefer truck market is dominated by the food and beverage industry. In the food business, logistics costs account for 71% to 10% of total product costs. Food consumption has increased as a result of the growing number of quick-service restaurants and retail locations, which has raised the demand for chilled and frozen foods and beverages. (PR Newswire)

North America dominated the worldwide refrigerated truck industry in 2017, accounting for 32% of the total.

The Long-Distance Refrigerated Trucking industry’s revenue growth is predicted to slow in 2020, falling by 10.9 percent. This is largely owing to the pandemic’s decreased demand from key markets, as well as the resulting instability in commodities prices. (IBISWorld)

The demand for frozen variations of various fresh goods has increased as a result of rising consumer health consciousness, as has the demand for the service from residential as well as foodservice businesses such as quick-service restaurants (QSRs), hotels, and other eateries. (iMarc)

One of the primary drivers for the worldwide refrigerated transport industry is the rising consumption of frozen food products as a result of sedentary consumer lifestyles and demanding work schedules. (iMarc)

New data from the American Transportation Research Institute shows that vehicles are continuing to move – in many cases faster than usual – in response to the COVID-19 pandemic’s demands on the industry. (Refrigerated & Frozen Foods)

Some of the important trends in the global refrigerated transport industry include the development of efficient cold chain logistics and continual advances in refrigeration technology. (iMarc)

In 2020, the average industry profit margin is predicted to fall, while salaries as a percentage of revenue are expected to rise. The demand for industry services has decreased, and operators have run out of capacity. (IBISWorld)

North America, Europe, Asia Pacific, Middle East, and Africa, and Latin America are the regions that make up the market, with the Asia Pacific dominating the worldwide market. (iMarc)

The expansion of e-commerce has a significant positive impact on the LTL (less than truckload) business as a whole. Dry freight, on the other hand, has a bigger percentage than refrigerated freight. (Research and Markets)

Some carriers are proposing salary plans rather than pay by the mile, guaranteed incentives, team bonuses, and guaranteed annual raises in order to promote driver retention. When it comes to recruiting drivers, everyone in the distribution chain must work together to bridge the gap between perception and reality. (Mordor Intelligence)

Organic foods, dairy, and meat are among the foods where packaging is projected to be in high demand. (Refrigeration Industry)

Industry-related operations are projected to result in lower revenue and profit for major and other enterprises. (IBISWorld)

Food consumption has increased as a result of the growing number of quick-service restaurants and retail locations, which has raised the demand for chilled and frozen foods and beverages. (Refrigeration Industry)

More items that require temperature-controlled conditions to maintain their integrity and performance have resulted from technological advancements in these domains. (Mordor Intelligence)

The global refrigerated transport market is predicted to develop somewhat during the next five years, according to IMARC Group’s projections. (iMarc)

The demand for refrigerated trucks and transportation is increasing as Canada’s food exports grow. (Refrigeration Industry)

Other factors, such as the implementation of favorable government policies and regulations regarding product production, processing, transportation, and quality, as well as the growing adoption of marine transport vehicles due to their cost-effectiveness, are expected to propel the market even further. (iMarc) 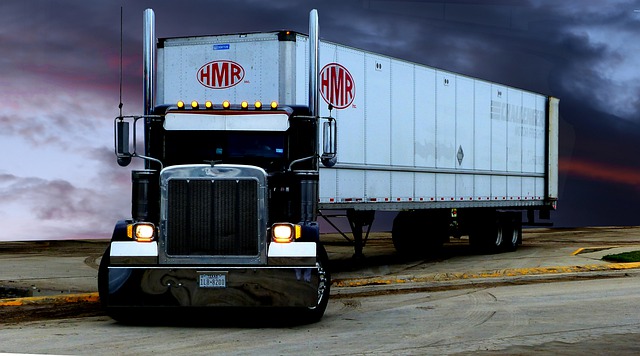 Prime Inc. Founded in 1970, this top refrigerated trucking company is based in Springfield, Missouri. It currently has around 5 to 10 thousand employees across its locations and generates about $2.10 million in sales.

C.R. England. Named after its founder, Chester Rodney England, is one of the oldest trucking companies in the country. It is also one of the country’s largest temperature-controlled carriers based in Salt Lake City, Utah.

KLLM Transport Services. KLLM has been shipping perishable commodities for satisfied customers across the country for over 50 years. Throughout the United States and Mexico, KLLM provides temperature-controlled Over-The-Road, Regional, and Dedicated services.

Hirschbach Motor Lines. Ray Hirschbach began Hirschbach in the mid-1930s with a single vehicle and the basic premise that delivering specialized, cost-effective, and on-time truck transportation service would result in success for both his company and his customers. Hirschbach’s fleet is among the industry’s newest, most environmentally friendly, and fuel-efficient vehicles.

Marten Transport. At the age of 17, Roger Marten established Marten Transport, Ltd., which delivered milk and other dairy products from the Modena Co-op Creamery. With a $400 loan from his mother, he bought his first truck route. Marten Transport has experienced exceptional development and financial success under the leadership of its new CEO, Randy Marten, throughout the last two decades.