In the mid-1990s, a 15-year-old George Thomas Dave was intently fermenting bacteria to brew his own Kombucha in his childhood home. Dave didn’t know at the time, but this beverage would sharply increase in consumer demand over the next two decades and turn him into an entreprenuer.

Now 42, Dave is credited for being the earliest person to put this “health” beverage into the shelves of American groceries and credited in part with kickstarting industry projected to reach $7 billion in annual sales by 2027.

Kombucha, in case you didn’t know, is a fermented beverage made by brewing together green or black tea, sugar with a SCOBY, acronym for the symbiotic culture of bacteria and yeast. Let’s look at how the Kombucha became a rising star in the U.S. beverage industry in today’s industry report and ways the drink is poised for global growth.

Kombucha Facts In A Nutshell 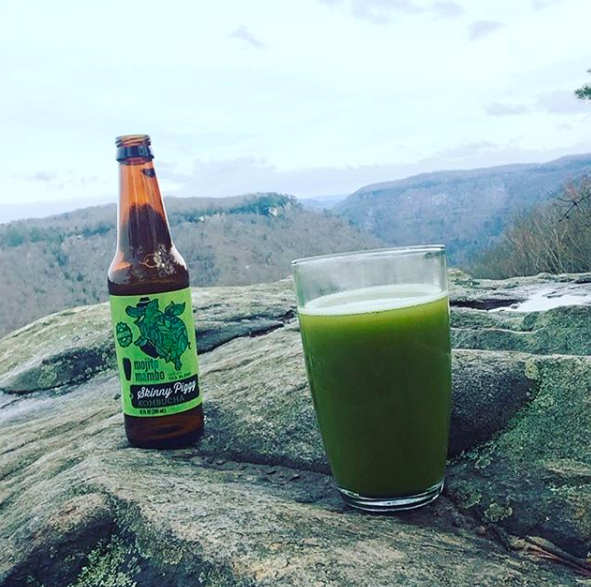 Bottled Kombucha in the great outdoors.

Kombucha can either be classified as organic or non-organic. Between the two, organic is more popular having garnered over 90% share of the global market. (Statista)

The beverage is known to lift energy levels and mood, as well as improve digestive health and overall body function. (Grand View Research)

Brewing companies such as Buchi Kombucha, KeVita, and GT’s Kombucha have been credit for catering to the growing demand in the North American market. (Globenewswire.com)

Related Reading: 67 Creative Kombucha Company Name Ideas You Can Use

In a survey made in the 90s on the benefits of Kombucha: 82% said they consume it to combat colds & flu, 81% responded with a ‘sensation of well-being’, while 44% reported feeling increased energy. (Kombucha Journal)

Some of the main aspects, driving market growth include the predominance of health disorders and increasing health awareness. (Reports and Data)

PepsiCo’s acquisition of leading Kombucha brand KeVita in 2016 showed that soda giants are taking notice of the potential of Kombucha beverages. (Forbes)

According to Nielsen, Kombucha has grown into a $475 million industry in the U.S., close to quadrupling its figures four years ago. (The New York Times)

Probiotic beverages permeated with live bacteria have increased demand due to their gastrointestinal tract benefits. (Reports and Data)

How I Did It: How to Turn a Home Brew Kombucha Hobby into a 6-Figure Business

KBI, as a trade association, is focused on the growing demand for Kombucha as well as sourcing and testing standards for its member companies. Due to the 2010 regulation crisis, KBI has also standardized the alcohol content by institutionalizing test and control. (Mordor Intelligence)

By type, the global Kombucha market is classified as Bacteria, Yeast, Mold, and others. (MarketWatch) 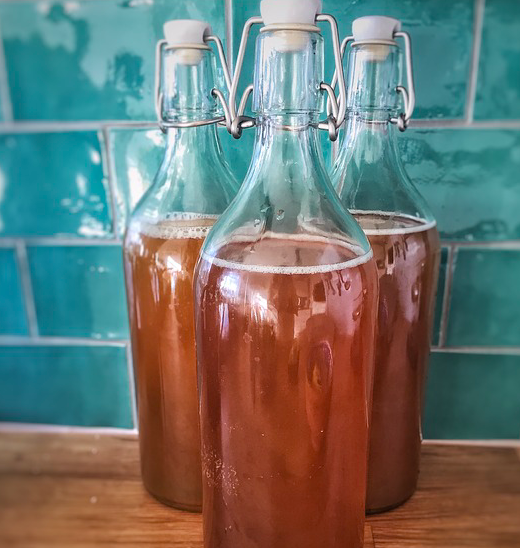 Europe was one of the key markets of Kombucha in 2016, just behind the U.K, the Americas, Germany, and France. (MyDrinkBeverages.com)

With sales projections of about $1.8 billion by the year 2020, Kombucha is evidently the fastest-growing functional-beverage in the market today. Domestically, Kombucha sales reached a 25% CAGR from 2015 to 2020, year on year. (Forbes)

As with the other functional beverage industry, the Asia-Pacific region is also gaining growth in the Kombucha market. One of the drivers in this growth is China, as many have regarded Kombucha as a health-inducing beverage. (Mordor Intelligence)

Consumer’s desire for nutritional beverages over-carbonated soda and juice as well as the awareness of Kombucha’s health benefits is anticipated to drive its market growth. (Grand View Research)

The trend on natural, organic beverages, as well as products with a “clean-label”, are other factors fueling the growth of Kombucha. (Mordor Intelligence) 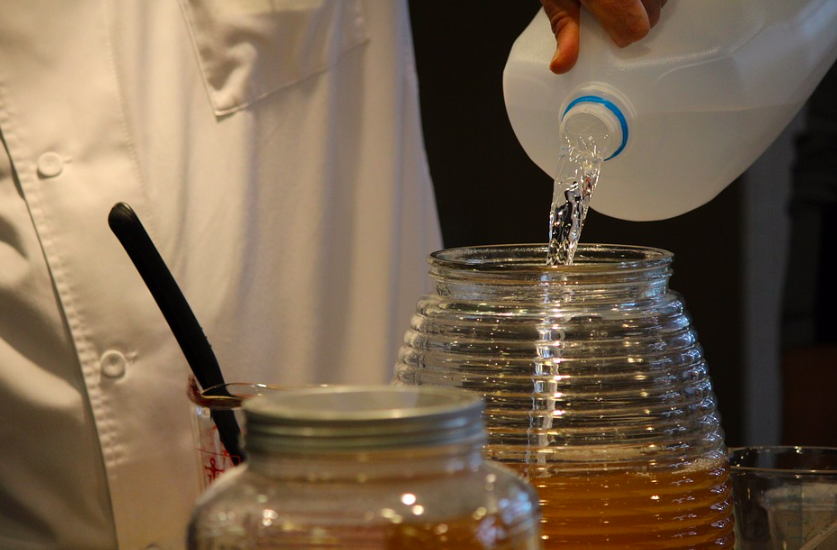 The global Kombucha market is anticipated to be worth $1.8 billion by 2020. (Statista)

About 90% of bottled Kombuchas on tap and in-store shelves around the world, are KBI members. (Kombucha Brewers International)

In the European region, the U.K. is considered the market leader in the Kombucha industry due to health awareness among its population. (Market Data Forecast)

In the traditional channel, KBI member companies posted a 50% to 70%, year on year. (Kombucha Brewers International) 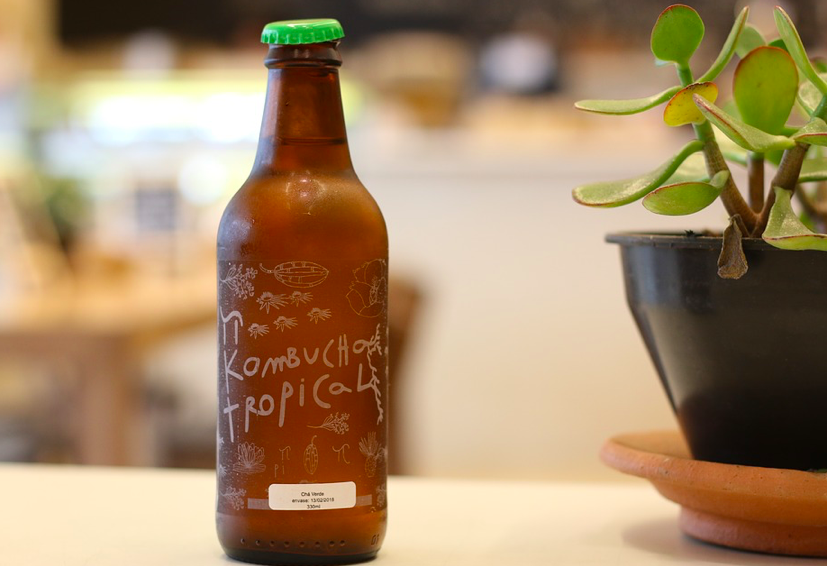 Though initially launching into general sales channels, Kombucha is particularly thriving in the traditional MULO (Multi-Outlet) channels accounting for 70% of its sales revenues. (FoodNavigator-USA.com)

Six out of twenty-one Kombucha were above the 0.5% alcohol by volume limit, as tested by the New York State Department of Agriculture and Markets in the past two and a half years. (The New York Times)

Seattle, Portland, San Diego, Spokane, and San Francisco were the top five cities in terms of sales back in 2017. (MyDrinkBeverages)

According to research, only 20% of Americans know about Kombucha, implying there’s a vast opportunity to inform people about the product. (BevNet)

The top 4 brands in the conventional MULO channel include GT’s, Health-Ade, Humm Kombucha, and KeVita. These brands account for 85% of total sales in the country. (FoodNavigator-USA)

North America continues to be a booming market for the Kombucha industry during the forecast period up to the year 2025. (Globenewswire.com)

Effective distribution strategies have boosted U.S. retail sales of chilled Kombucha and other fermented beverages. As of February 2019, figures were up 21% amounting to $728.8 million in quantified channels. (FoodNavigator-USA)

Kombucha has made significant strides on pharmacies and convenience store channels. In 2018, fermented beverages, as well as refrigerated Kombucha, increased revenues in pharmacies (89.7% or $7.7 million) and in convenience stores (71.9% or equivalent to $23.3 million). (BevNet)

Although the sales figures from pharmacies and convenience store channels were somewhat meager, total dollar sales for pharmacies were still an impressive $6.4 million, higher than the $3.2 million sales the previous year. (BevNet)

Kombucha traces its roots back in Northeast China, around the year 220 B.C. Primarily revered as a health drink, Kombucha took its name from Dr. Kombu, a Korean physician who gave the fermented tea as a therapeutic drink for Japan Emperor Inkyo.

Despite being a newcomer to the beverage industry, Kombucha remains to be a strong contender in the functional beverage market. Kombucha was even recognized by Slate as the most liberal product of America in 2009. Although misconceived due to its alcohol content, trade organizations such as KBI have made sure to regulate the fermentation of this ancient health beverage. 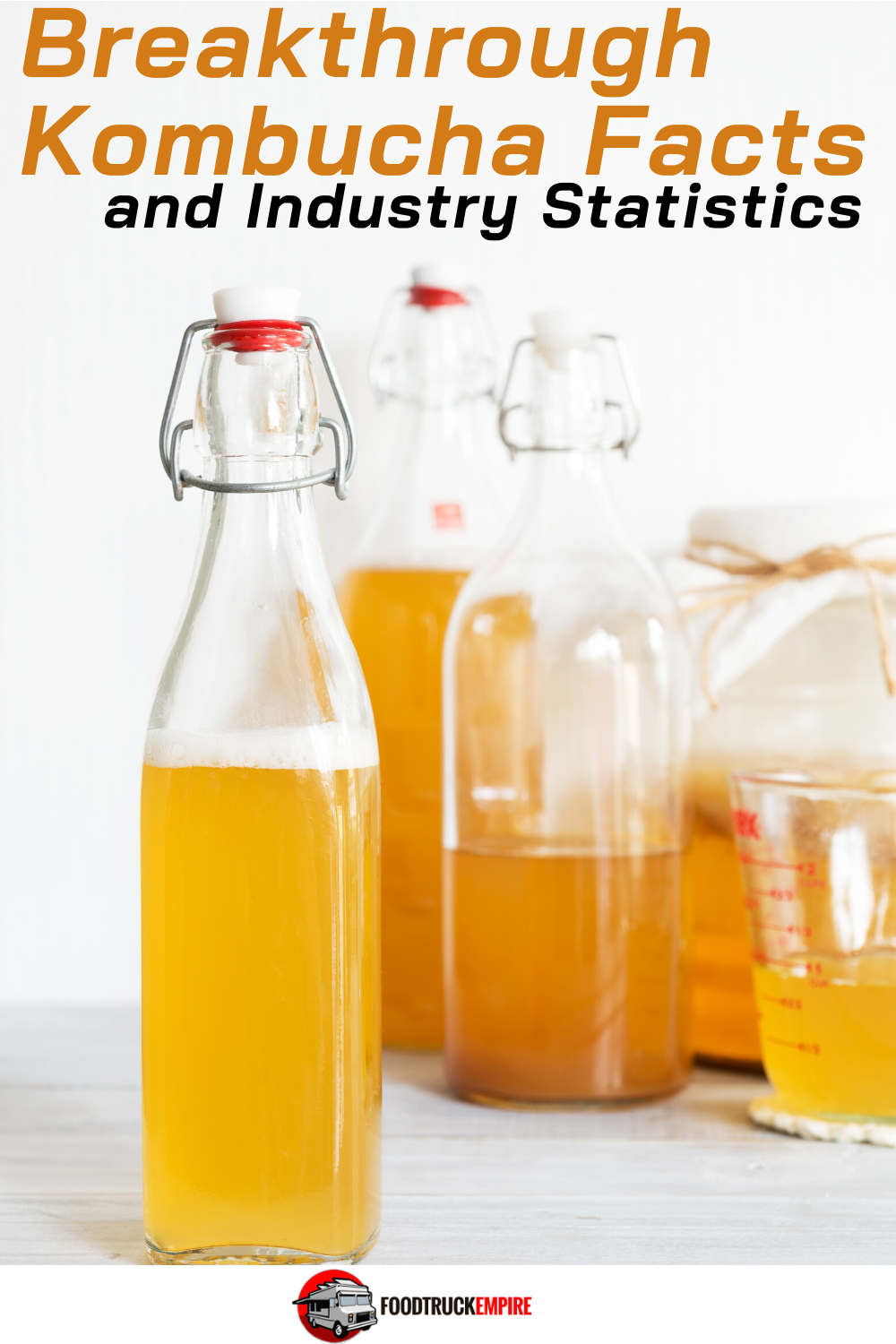