What Does It Really Cost to Open a KFC Franchise?

When you say fried chicken, it’s impossible not to consider KFC no matter what part of the world you live in. It’s almost virtually impossible for anyone in any industrialized nation, not to know the brand KFC. Their trademark blend of 11 herbs and spices has cemented them as one of the most admired and beloved brands with more than 24,000 global units. What McDonald’s is to the burger… KFC has become for fried chicken

What Does a KFC Franchise Cost? There are two types of KFC franchises: non-traditional and traditional. KFC’s non-traditional locations are smaller and have a more limited menu than typical locations. Military bases, transit terminals, colleges and universities, venues within the business and industry locations, malls, heavy foot traffic destinations, amusement parks, athletic stadiums, and similar sites are places express outlets can be found. Traditional KFC restaurants include all other KFC locations, have a full menu, and are mostly self-contained. 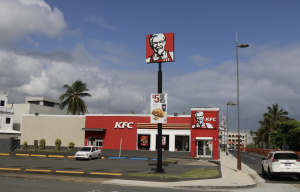 These fees include background check fee (each person), deposit fee, training expenses, property, and miscellaneous costs just to name a few. Dive into the financial details below. Take our 8-minute franchise quiz to find out if this is the right chicken business for you.

Preparing your investment for a global franchise like KFC won’t be easy if you don’t have experience. The process requires fees rarely seen on an ordinary fast-food franchise opportunities. To give you a better perspective on what your KFC franchise initial investment would entail, here’s a simple chart for traditional and non-traditional options.

Take note that the figures presented are the highest possible initial investment output in each category based on location. Obtaining real estate, refurbishment and/or construction expenditures, equipment, signs, professional fees (which might include permits, bookkeeping, and legal fees), and more are all part of the KFC startup costs.

A franchise fee is essentially a one-time payment for joining a franchise model and benefiting from the business model. This fee generally includes the right to utilize the franchisor’s infrastructure (including patents and system software) as well as resources such as location assistance, training courses, and so on. The franchise fee for KFC is classified according to the type of franchise chosen by the franchisee.

In addition to the startup expenditures, KFC requires a minimum of $750,000 in available cash (may be higher depending upon the ownership level of the franchisee applicant). The requisite is the number of funds a franchisor recommends a franchisee has in cash reserves and be able to obtain quickly in event of an emergency or setbacks when starting a business, which includes standard daily expenses until the franchise unit starts to turn a profit sizable enough that the franchisee to earn a sufficient take-home compensation. Liquid assets would have to be convertible to cash in 10 business days.

Just like any other business, KFC’s sales were affected by the pandemic which has been ongoing for more than two years. Most fast-food restaurants have adapted to the current climate by opening curbside pickups and refocusing efforts on food delivery to offset losses on dine-in purchases as well as diminished consumer traffic. 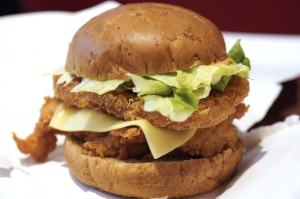 KFC recorded $1.196 billion in average income per store in 2019. This was below the previous year’s total of $1.210. Yum! Brands, Kentucky Fried Chicken’s parent business, rarely provides revenue data for individual brands, instead of reporting company-wide revenues of $5.6 billion in 2019. KFC achieved system-wide sales of around $4.82 billion in the United States, according to the Quick Service Restaurant Magazine’s 2019 QSR 50.

In the mid-1960s, KFC started to open locations in Canada, the United Kingdom, Mexico, and Jamaica, making it one of the first American fast-food franchises to go global. The company saw mixed fortunes domestically in the 1970s and 1980s, as it went through a series of corporate ownership changes with no or little experience in the food service industry.

Sanders licensed his formula to Pete Harman, the owner of one of the city’s major restaurants in South Salt Lake, Utah in 1952. Sanders sold his holdings and moved across the United States to franchise his recipe to restaurant owners when Interstate 75 bypassed Corbin in 1955.

The moniker “Kentucky Fried Chicken” was invented by Don Anderson, a sign painter contracted by Harman. Harman saw the addition of KFC as a means to set his restaurant apart from the competition; a Kentucky product was unique and conjured up images of Southern hospitality.

KFC had 600 outlets by 1963, making it the largest fast-food chain in the United States at the time. KFC revolutionized the fast food industry by popularizing chicken and diversifying the market by challenging the hamburger’s dominance. KFC was sold to a group of investors led by John Y. Brown Jr. and Jack C. Massey for US $2 million in 1964 (about US $17 million in 2020). Sanders was given a lifetime income as well as the responsibility of quality control and trademark for the company. By 1970, the company expanded to 3,000 locations in 48 countries.

How Much Profit Does A KFC Franchisee Make Per Year?

Given KFC’s stature as one of the top restaurants in the world, you may assume that your take-home income would be larger than a typical restaurant franchise. Well, keep your expectations at a modest level.

As mentioned earlier, KFC’s parent company Yum! Brands rarely release revenue data for individual brands. However, industry pundits peg an annual average sales of $942,000 to $1 million each year. This though depends if the franchise is a traditional (stand-alone) or a non-traditional outlet. From the gross annual sales, you may expect a net profit around the figure of $120,000 each year.

KFC offers its own set of unique advantages compared to other franchises. The Yum! Minority Assistance Program helps new minority franchisees purchase a current Yum! Brand location. Once financial aid is awarded, Yum! can finance 25% of the franchised commercial loan up to $12,000,000, and also up to $3,000,000 for each borrower or franchisee.

Creative and Exciting New Menus for The New Generation

In order to attract millennials, the company introduced chicken and waffles, Kentucky Fried Wings, the Cheetos Sandwich, the Mac & Cheese Bowl, and a plant-based offering—KFC Beyond Chicken Nuggets and boneless wings. It’s good to know that menu innovation will continue for the duration of your franchise agreement.

Yum! Brands decided to buy $200 million worth of common shares in Grubhub, one of the country’s most popular meal delivery businesses, in 2018. Grubhub’s online ordering and delivery features continue to be used by its brands, including KFC, to expand the restaurant’s reach and meet customer demand for meal delivery. This is especially vital in today’s order on-demand world.

Related Reading: How Much Does it Cost (w/ Fees) to Open a Texas Roadhouse?

KFC’s brand identity has been revitalized thanks to creative marketing efforts. It offered limited-edition goods in 2019 to honor the company’s history and founder, Colonel Sanders. The Colonel Sanders Cat Climber and the Colonel Sanders Floatie were among the accessories included in the KFC limited apparel range.

Considering their track record of financial success, the KFC franchise is not without its hurdles. Just like any other franchise having the same size as KFC, owning and operating such a franchise does come with its challenges. Here are some of the challenges you may consider evaluating prior to applying for a KFC fast food restaurant.

Franchisees must be willing to invest a significant amount of money to get their firm off the ground. The total cost, including upfront licensing fees and startup costs, can easily reach six or even seven figures. In the case of KFC, you have to shell out between $1 million to $2.7 mil