The vending machine is one of the most convenient ways of grabbing a quick snack. It is also one of the efficient and low-cost methods used by suppliers to deliver goods to end-users from a business perspective. Vending machines will work for you around the clock without ever asking for an increase in wages or vacation.

Despite a growing number of unconventional food and beverage distribution methods, the vending machine market looks promising despite slowing growth. What makes vending machines unique is that it does not just offer snacks and beverages, but you can also sell other consumables such as cigarettes and lottery tickets. Vending machines can be profitable anywhere crowds of people gather like schools, malls, corporate buildings, train stations, or airports.

In this industry report, we present to you how the industry is currently doing and what are the effects of the current pandemic as well as future trends that may shape the industry. 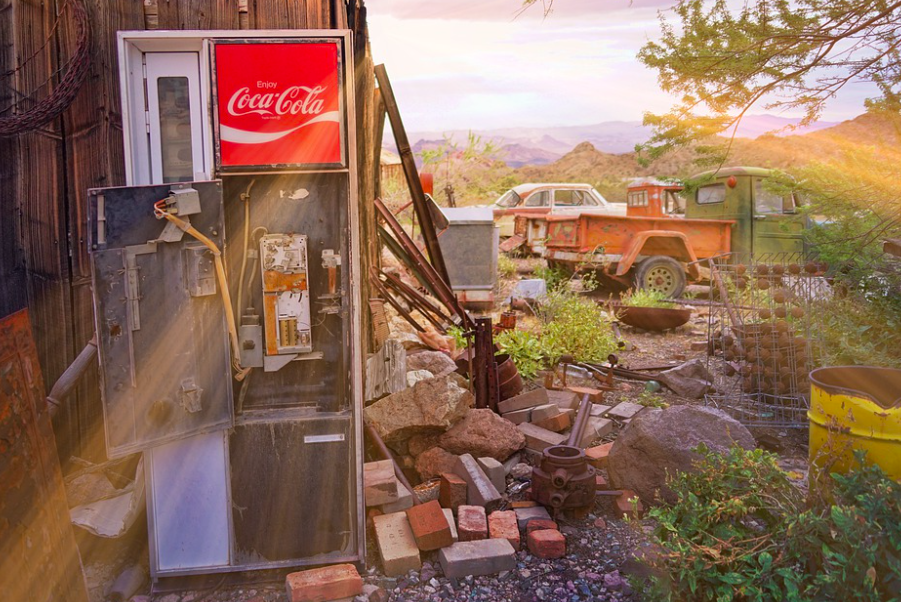 Has growth stalled in the vending machine industry?

The country with the most vending machines in the world is the United States. (Vending Connection)

Vending machines typically earn below $5 a week. Though vending machines placed in a good spot can earn more than $100 a week or as much as hundreds of dollars per day.

Companies such as L’Oréal and Coca-Cola use vending machines for promotional purposes by working with leading manufacturers. Coca-Cola, in particular, used vending machines as an interactive tool for marketing and promotion. (Grand View Research)

The number of vending machine businesses in the U.S. is currently at 18,520. (IBISWorld)

There was a time when the U.S. had an estimated 2.08 million vending machines spread across the country.

Despite offering a cheaper product, a gumball machine located in a busy bus station can earn much more than a vending machine offering caviar due to lower costs maintained by the owner and heavy consumer traffic.

Making up the largest product segment at 31.2% of vending machine sales are beverages such as juices, water, and other cold drinks which include soft drinks.

The typical vending machine business is still cash-based, though around 59% of today’s vending machines accept other payment channels such as credit cards, mobile wallets, and cashless payments. 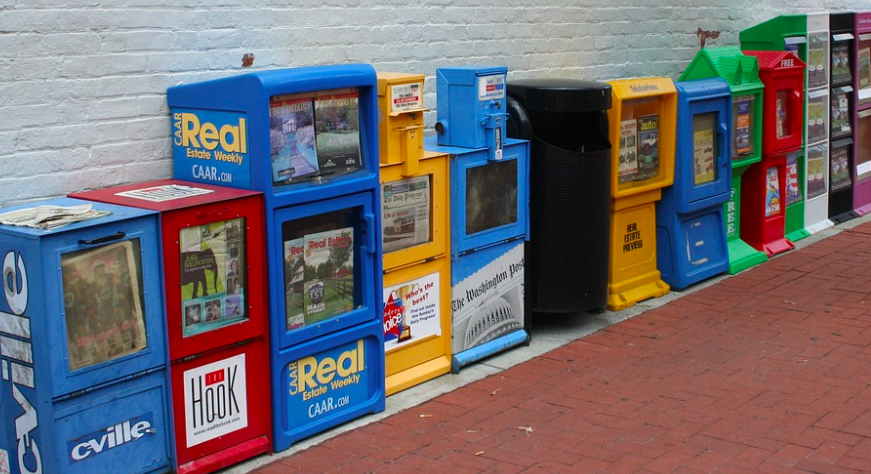 Vending machines have been used for decades to sell newspapers and magazines.

According to Franchise Direct, U.S. vending machines collect $22 billion in bills and coins each year.

The healthy lifestyle trend is directly affecting the vending machine industry. People are turning away from unhealthy drinks and snacks which have a staple among vending machines. (Euromonitor)

In 2015, the National Automatic Merchandising Association (NAMA) reported that there were about 5 million vending machines in the U.S. which earn an average of $20 billion a year.

Aramark Corporation, ZoomSystems, Compass Group PLC, and The Wittern Group are just some of the leading vending machine operators in the U.S. (IBISWorld)

Last year, sales of packaged food continued to dip, as well as a tobacco and hot drinks. (Euromonitor)

Related Reading: How to Grow a Profitable Vending Machine Route

The U.S. vending machine operators have continued to struggle over the years due to emerging food distribution systems. Vending machine revenue is anticipated to decline to a yearly rate of 0.5% to $7.9 billion in several years leading to 2020 (pre-pandemic figures). In fact, a 2.5% decline is expected in 2020 alone. (IBISWorld) 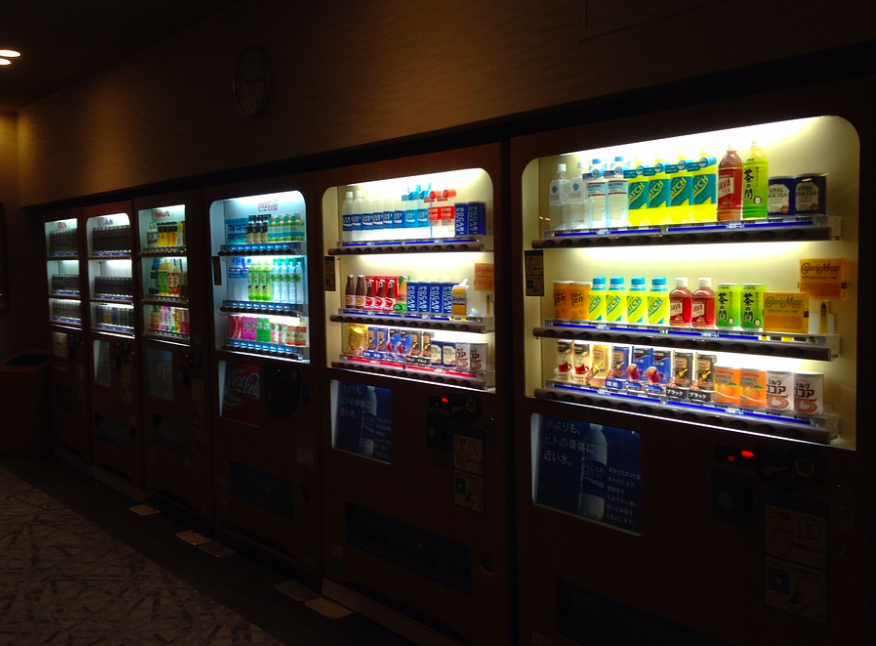 The global vending market is expected to hit $25.6 billion with a CAGR of 2.6% (pre-pandemic figures)(PR Newswire)

In 2018, the global vending machine industry earned more than $23 billion.

In an earlier study, the U.S. vending machine industry was expected to gain a 2% growth while in Europe, Germany was supposed to augment the market size by $983.3 million within 5 to 6 years (pre-pandemic figures). (PR Newswire)

In the past years, vending machine development has been considered to be somewhat stable. For instance in 2016, vending machine global capacity was close to 2600 k units, while actual production was at 2000 k units. (Market Watch)

Key Trends and Predictions in the Vending Machine Industry 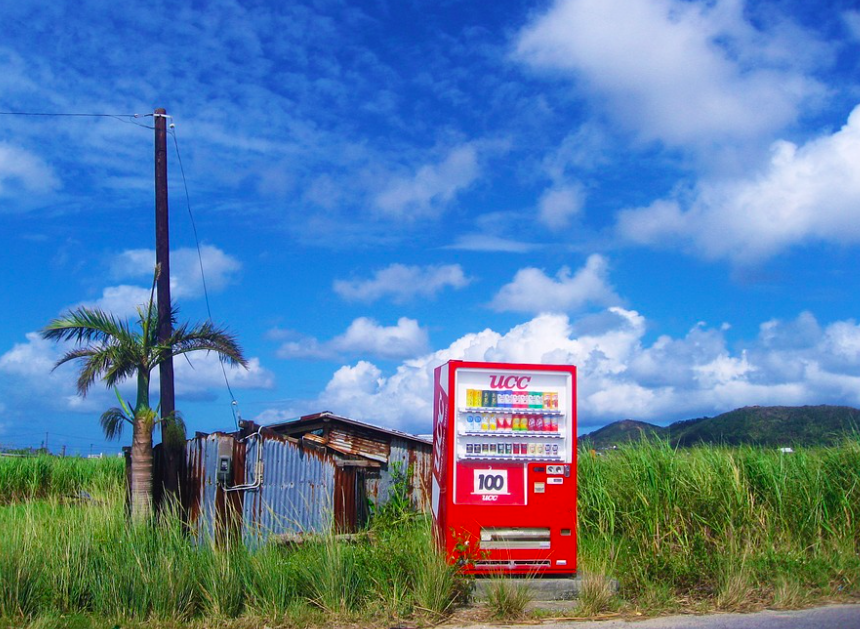 Are blue-skies projected for this industry?

More Secure Payment. Cashless payment technology goes hand in hand with payment security. Data breaches and scams have impeded the convenience of using a debit/credit card. However, vending machine operators are working with certain financial institutions to implement the stringiest security measures to protect both customers and operators. (Tasker)

Healthier Product Choices. The healthy lifestyle trend is shaping what the current snacking trend is becoming. According to a 2019 research by The Vending People, sales of zero-sugar beverages surged by 38.2%. Correspondingly, low-calorie drinks outsold other beverages by 196%, showing that customers are looking for healthier alternatives. (FoodBev)

Sustainability. We generate 381 million tons of plastic waste annually. This number is projected to double by the year 2034. According to Condor Ferries, 50% of these are single-use plastics, which are known to have a destructive impact on the environment.

UK supermarkets like Tesco, Co-Op, and Iceland have launched reverse vending trials as of last year. It has been reported that as of August last year, 1 million plastic bottles were recycled through reverse vending in Iceland stores. This is a promising environmental development for the industry. (FoodBev)

Employee Management Software. Running a vending machine business can be tedious, especially on the maintenance side. When a problem arises you need to find ways to efficiently manage your team in order to maintain profitability. Large vending machine companies now use software to effectively manage their vending machine operations team. This software can assign tasks, plan routes, as well as generating reports, calendar activities, and provide communication programs with technicians. (Tasker)

Vending machines have been through the test of time despite the development of other methods retailers distribute their goods. Recent advancements in the industry are expected to somewhat boost sales, especially during the current health crisis where social distancing is essential. The cashless payment method ensures minimal contact and provides a more personal interaction between the vending machine and the end-user.

The vending machine business has evolved throughout the years and will continue adapting with the times. Some of the recent adaptions including offering healthier options like fresh fruit, freeze dried berries, or juice. However, vending machines can offer more retail items, items that are usually found in retails shops, items that can cater to the end-user it surrounds as have become increasingly popular in airports.

Vending machines can be traced back in 1898 when Tutti Frutti gum machines greeted passengers of New York’s elevated railways. The rest, as they say, is history. If you’re thinking about getting into the vending machine business, learn how to write a business plan for this industry here.