When done right, a successful marketing campaign transforms prospects into lifelong customers. In a perfect world, marketing raises awareness for a product or service that creates a win-win for the company and consumer.

But as we all know, marketing doesn’t always live up to ideals. I found numerous examples where marketers took things too far to get the sale. These examples include providing misleading data, spamming, or outright lying. This is what we call unethical marketing.

What is Unethical Marketing? 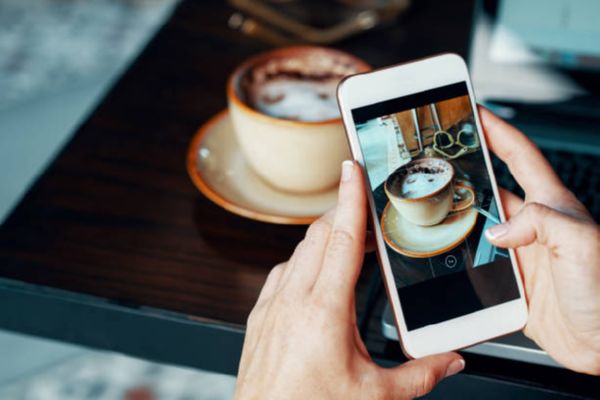 To answer the question, “What is Unethical Marketing?”, we must first ask the opposite – what is ethical marketing? Well, the answer is quite straightforward. Ethical marketing pursues genuine conversations with target customers where it includes topics regarding products or services. Ethnical marketing accurately describes the product or service.

In essence, ethical business practices always important. Company’s can be unethical about customer service or fulfillment too. With that said, if you’re honest with customers, they’ll be loyal to you. However, do the opposite and risk pissing off the very people who pay the bills. In the worst case scenario, you could face stiff fines for breaking the law.

Franchise Review: Is the Total Cost to Open a 7-Eleven Franchise Worth It?

So in its most basic sense, unethical marketing sends the wrong messages to prospects regarding a product or service. This could be through an incorrect fact that says your body spray destroys 99% of stinky sweat. False claims could be even more serious by promising your customers will make $1 million by following a certain business system.

Participating in acts like these lead to legal problems and even a loss in reputation. Ultimately, if you practice unethical marketing rest assured that it will destroy your brand sooner or later.

Why is it Bad? 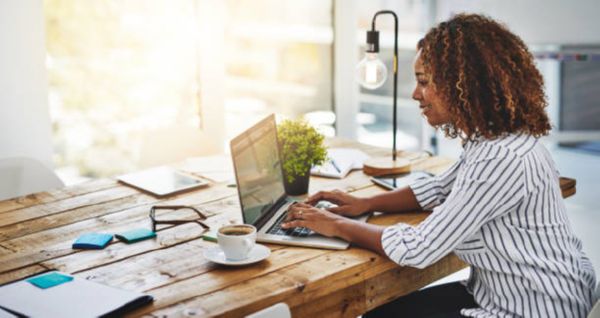 Since we’ve already defined what unethical marketing is, let’s now talk about why it’s so bad or should we say unethical. From the word itself, “unethical”, which means not morally correct; not conforming to a high moral standard. In its most basic sense, all practices perceived as unethical are wrong.

Yes, unethical marketing campaigns do open you up to legal issues too. The Federal Trade Commission or FTC are the ones that regulate the truth when it comes to advertising. Essentially, this government agency expects marketers to create highly accurate statements in their campaigns.

On top of that, they should always provide reputable scientific evidence to prove their claims and marketers are also expected to be transparent about the negative features of their product or service.

By the way, its above board for marketing teams to highlight all the most special features of their product while downplaying its negative features. When it comes to these types of advertising campaigns, the line between ethical and unethical becomes more gray. However, one sure way to find out whether it’s unethical or not is when marketing teams can’t prove their claims. Which one of these is a bad idea?

Okay! We’ve already covered what unethical marketing is and why it’s bad. Now, you might be wondering what those specific practices are and how you can avoid them.

It’s quite easy for companies to fall into a practice that’s perceived as unethical. In fact, the truth is companies at times have good intentions, but instead they deliver an advertisement that’s offensive and then instantly flops when shown to the public.

Take for example that Pepsi commercial featuring Kendall Jenner in 2017. Many groups of people were offended by their ad. However, the soft drink industry giant stated, “Pepsi was trying to project a global message of unity, peace and understanding.” as reported by NBC News. Much like what we mentioned above, it’s more about whether customers perceive your ads to reflect your true message.

Clearly, Pepsi had good intentions with their ad, but it was met by serious condemnation from viewers. Regardless, you can avoid these mistakes. Here are the unethical marketing practices you should avoid.

Before we go into it, you need to remember that ethical marketing doesn’t stereotype or discriminate anyone. This can be hard to do considering how sensitive we are.

When it comes to creating a campaign, you need to consider a lot of factors like sex, religion, politics, gender, nationality, age, and race. It’s the job of marketing teams to not offend anyone in their audience through generalization or flawed stereotypes. This is particularly true among mass marketing.

For modern day marketers, it’s important to steer clear of any message that could hurt a group of people’s feelings. One thing to know is that you should stay away from messages that reinforce racism, inequalities, gender gap, and the like.

Consider how they would react to the messages you’re trying to convey before you release that marketing campaign. If it offends even just one person, you need to start again.

One of the most damaging practices of unethical marketing is sharing of misleading information. Stating that a certain product has a scientific claim when in fact it does not is one example of this. You can also calculate sales numbers or charts in a way that’s not accurate based on the data. The FTC is clear about telling the truth when it comes to advertising a product or a service.

Aside from telling the truth, companies need to back their claims with concrete scientific evidence. These applies even more so for supplements that can affect a person’s health and well-being. If your claims are found to be misleading, you might find yourself in a court hearing and paying a hefty fine. On top of that, you’ll also lose all your credibility as a brand and business.

We also mentioned earlier that marketing teams exhibit the wonderful features of a product, which is completely above board by the way. However, it would cross the line and become unethical when their message is misleading. A good example is when marketers advertise a product that’s supposed to help consumers lose weight when there’s not enough evidence to prove it.

Of course, when you’re trying to sell a product or service, you need to put your best foot forward. It’s only natural to do so. However, leaving out the negatives is just as bad as lying to your customers. You should never withhold information that can put your customers’ health at risk.

This is especially crucial and true for businesses that belong in the health and food industry. Products that have a “made with natural ingredients” are relatively safe to consume. However, this doesn’t mean that side effects won’t show. If there are any potential side effects, you must list clearly on the label. There are specific laws around the ingredients and nutritional content that must be displayed for any food product.

This will help you from facing public outrage after they’ve experienced a side effect caused by your product. Many consumers have allergies to ingredients like peanuts or dairy. By clearly outlining your list of ingredients you’ll help consumers make the right decision based on diet.

Another thing that you should not hide are fees. Hidden fees are not only bad, but are also illegal, depending on the federal or state law. All fees need to be disclosed in advance.

When you bombard consumers with emails, phone calls or advertisements, they will be quite overwhelmed, especially when they didn’t give you consent to do it. Yes, marketers need to contact prospects in order to attract them. However, spamming them will do more harm than good. On top of that, it will only anger and annoy your potential customers. This unethical practice is also monitored by the FTC, which they’ve provided the guidelines in their CAN-SPAM act.

Rather than spamming prospects, try to utilize inbound marketing strategies that can help start a conversation that they’re willing to join. This will help you build your list organically.

One of the most effective ways to reach consumers is by appealing to their emotions. However, this should only be done when it’s in the best interests of your customers. If you’re thinking like an ethical marketer, the goal is to sympathize with their emotions. If not, you’re most likely manipulating emotions.

You see this all the time with charities raising money for hunger or pets that have been abandoned. It’s impossible not to feel sad for a cute dog locked in a cage without proper nutrition. In this example, the marketing is not viewed as unethical because it’s for a noble cause to stir an emotional response in viewers.

Using fear tactics is one of the common unethical marketing practices. Others would include evoking sadness or anger in order to manipulate the customers’ decisions, tricking customers to purchase a product or service or targeting disadvantaged or uneducated people.

If you’re tasked with making an emotional advertisement, ensure that you create a message that appeals and sympathizes with your customers’ emotions. 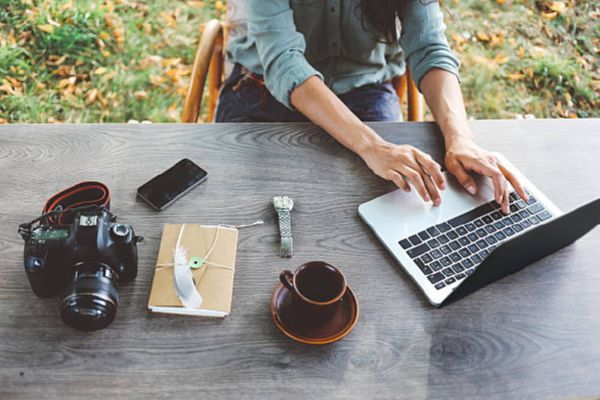 If you’ve ever wondered if there are companies out there that have done unethical marketing campaigns, the answer is a resounding yes! And we’re not just talking about small businesses, countless global brands have fallen into this trap. Here are examples of companies that went astray.

Yes, the car industry giant faced controversy back in 2014 after an investigation by the Environmental Protection Authority or EPA. Hyundai claimed that their cars had superior fuel economy.

However, they manipulated data to their advantage, which led to an inflation of fuel economy by 1 to 6 miles per gallon. On top of that, they’ve also downplayed their cars’ greenhouse gas emissions, which applied to all vehicles sold in 2011 and 2013. All in all, They were fined $100 million for false claims and they forfeited $200 million worth of carbon credits.

Another vehicle manufacturer got involved in what is now known to be Desielgate. The EPA found out in 2015 that Volkswagen has been cheating on their emissions test for the last 7 years. The EPA found that the car company used a “defeat device” – or a kind of software – in their diesel engines. When their cars were being tested, this device changed the performance to improve the results.

The end result from using such a device was that the engines emitted nitrogen oxide pollutants that were up to 40 times above the allowable limit in the U.S. Over 550,000 customers were victims due to these false claims. Plus, the FTC filed a lawsuit against Volkswagen, which resulted in fines up to $15 billion. This included $10 billion to offer buybacks to customers that were tricked. The other $5 billion was used to boost zero-emission cars and as funds to offset excess diesel emissions.