Why Are Food Trucks So Popular? Four Reasons MegaTrend Will Continue.

The beginning of the modern food truck movement is often credited back to 2008 (almost 10 years ago now) and aided by The Great Recession where the U.S. labor market lost over 8.4 million jobs. During this challenging time period a group of ambitious culinary minds decided to turn their employment struggles into an opportunity to chase a larger dream of becoming business owners and serve food on their own terms. It was during this time period you really began to see a larger number of food trucks starting out and diverse menu options.

But what about now? We are nearly 10 years removed from the economic catalyst that brought us a surge of innovative mobile dining options. Have people moved on from food trucks and will their popularity soon decline?

Based on research from a number of organizations including Statista.com, no one should be pumping the brakes on food truck industry growth just yet. In fact, the food truck industry is expected to close in on $1 billion dollars in annual revenues within the United States alone. That’s an increase of over 100 million dollars from only 2015 so on-going growth is expected. The research firm IBISWorld is forecasting a similar trajectory with an expected 7.9% annual growth in the industry.

While industry growth is a consensus through the year 2020, we wanted to take a look at some of the specific factors contributing to this sustained growth. Do you agree with these growth catalysts? Let us know in the comments below.

Attainable By Almost Anyone

Many entrepreneurs get into the food truck business after discovering how much a restaurant location could cost. It’s not uncommon to invest a million dollars up-front in even a modest restaurant to get started. If your vision is to start something more upscale in a desirable location and lots of square footage, $2 million dollars in startup capital could be more realistic. Not surprisingly, this amount of money is difficult for many would-be entrepreneurs to get their hands on.

Fortunately, a food truck won’t cost you anywhere near that number. A top of the line, brand new, fully decked out mobile kitchen will cost less than $250,000 even from the nation’s best manufacturers. While still a significant amount of capital this lower requirement of funds will continue to keep the dream of business ownership within reach for chefs, restaurant professionals, and others looking to make a name for themselves in the industry. 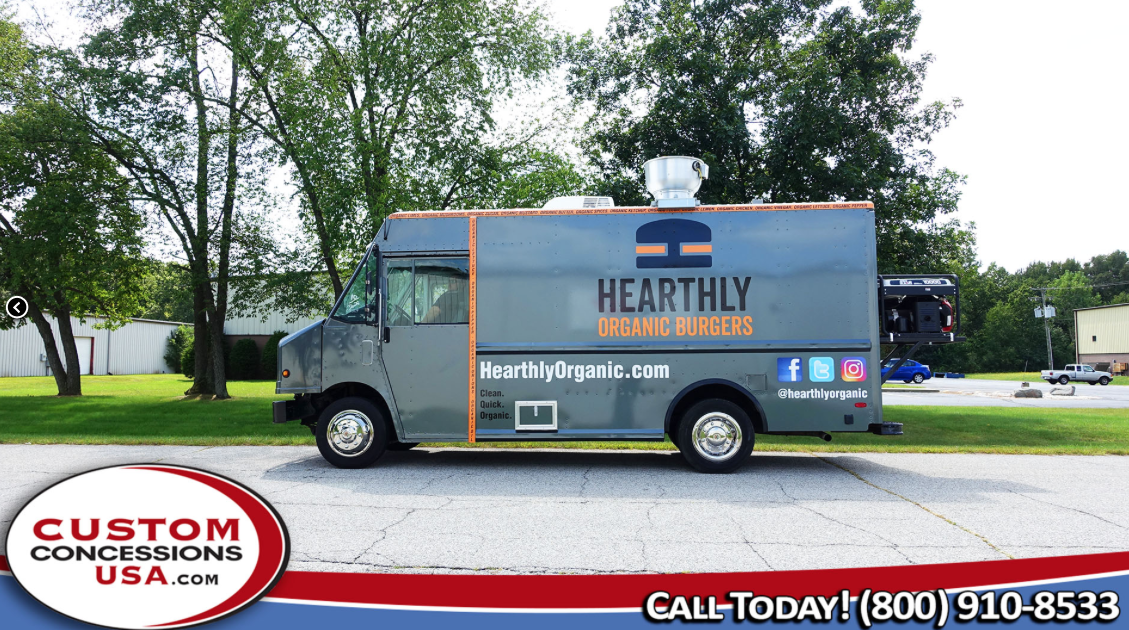 People continue to love and be interested in food trucks a full 10 years after they hit the national spotlight. Today, it’s not uncommon at all to see food truck owners raising investments from top business minds on ABC’s hit-show Shark Tank. Beyond investments, programs like the Food Network’s The Great Food Truck Race is currently in its eighth season and continues to average over 1 million viewers between the ages of 18 – 49 per episode.

The sustained interest for content about food trucks aligns with other popular television programming right now around that often centers around either cooking and entrepreneurship. Food truck content brings together both of these megatrends perfectly.

While food trucks are often touted as new and innovative businesses, the model really isn’t new at all.  Mobile food and concession units have been around for decades regularly serving at places like fairs, music festivals, and sporting events. What’s new since 2008 is that more gourmet or innovative foods have been served from these mobile kitchens.

It’s important to remember that serving food from mobile vehicles is not a new concept at all. This is simply a new spin on a business model that has been proven for decades prior.

This is also a simpler business model for new entrepreneurs to operate than a restaurant. With a restaurant you need to deal with more employees, negotiating lease terms, finding a good location, all of which can determine the success or failure of your business. With a food truck, your overhead monthly costs are lower and you don’t need many employees to operate efficiently. Many food trucks operate efficiently with someone accepting orders through the window and a chef preparing the meals. It doesn’t get much simpler than that from a business operations standpoint.

A Testing Ground for New Flavors

One of the most exciting things about the food truck industry has always been the creativity that comes out of it. The unique menus, the food served from regions of the world that you may never have seen before in a brick-and-mortar restaurant is something that really attracts customers to these mobile establishments.

With a food truck, you have the ability to really focus and perfect a few unique menu items. Some food trucks are able to cut their offerings down to literally only 2 – 3 menu items and continue to be extremely profitable. As long as food trucks continue to push the boundaries of their customers palettes they will continue to be popular.