Much has been said about the donut. We’ve compiled the best sayings right here from celebrities, brands, and every day folks who appreciate a good donut whether it’s glazed, old-fashioned, or something brand new.

Whether you need a creative marketing slogan for a donut shops and funny tagline to include in a PowerPoint presentation, we’ve compiled over 100 sayings about this beloved food item. 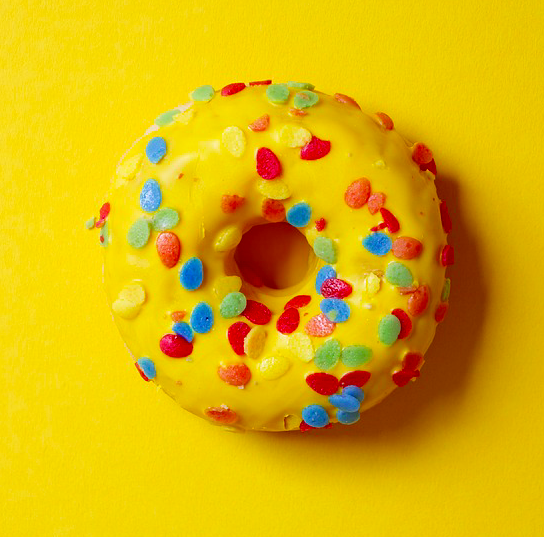 A fun-loving donut with sprinkles. 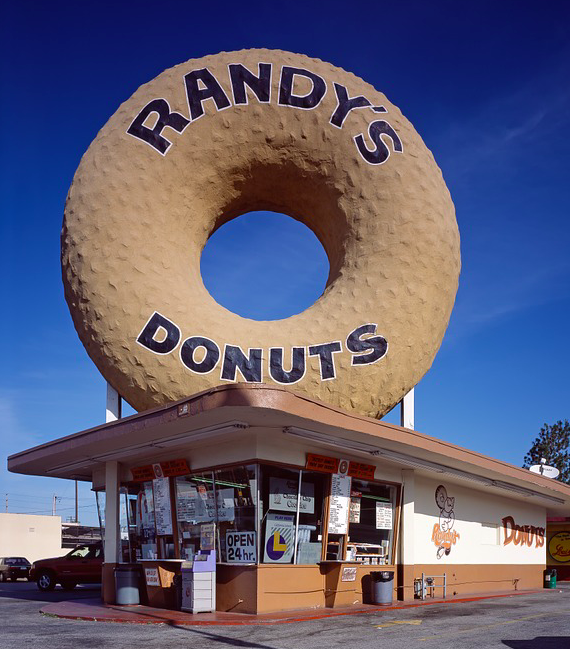 “Donuts. Is there anything they can’t do?” – Matt Groening

“Be sweet and honest always, but for God’s sake don’t eat my doughnuts!” – Emma Bunton

“I owe it all to little chocolate donuts.” – John Belushi

“With a doughnut in each hand, anything is possible.” – Jameela Jamil

“If I had all the money in the world, I’d still make movies. But I’d want them to pay me in donuts.” – Bruce Campbell

“If love eats the donut, does time eat the hole?” – Tom Robbins 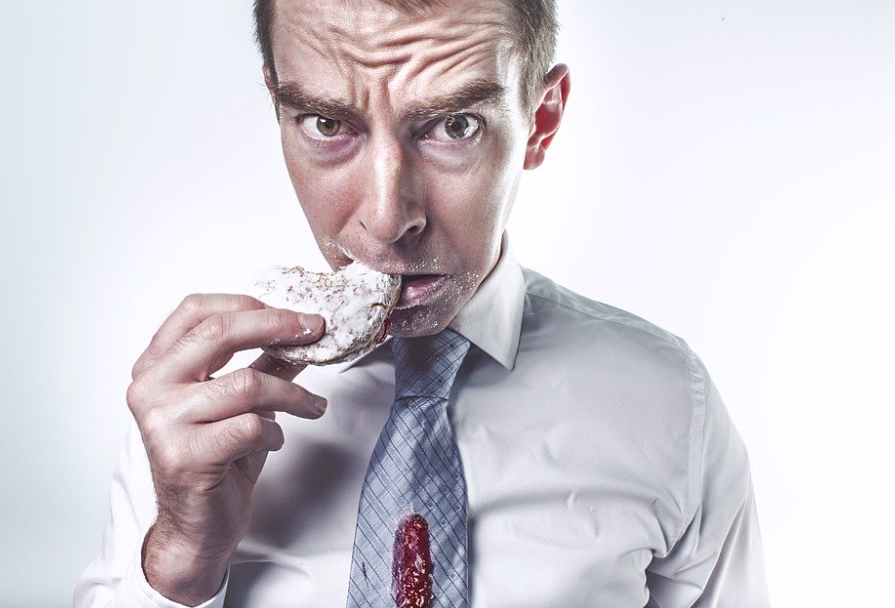 Be extra careful eating jelly donuts at the office.

“As you ramble on through life, brother, whatever be your goal: keep your eyes upon the donut, and not upon the hole.” – Murray Banks

“This is a donut. It is very sweet and very good. But if you’ve never tasted a donut, you wouldn’t really know how sweet and how good a donut is… meditation is like that. Transcendental Meditation gives an experience much sweeter than the sweetness of this donut.” – David Lynch

“I’m not going to work in a place where I can’t eat donuts.” ~ Kristen Ashley

“A new study found that Americans are exercising more than ever but still not losing much weight. Not good in fact, it’s all I could think about on my jog to Dunkin’ Donuts.” – Jimmy Fallon

“Sure, beauty has the power to excite men. But so does a box of donuts.” – Susan Jane Gilman

“America is at war. Go eat a donut.” – Chris Pratt

“I usually just get into a police character by drinking coffee and eating donuts, but those days are over.” – Matt Servitto

“More proof that trusting the Feds to protect our information is like hiring Homer Simpson to guard the donuts.” – Robert X. Cringely 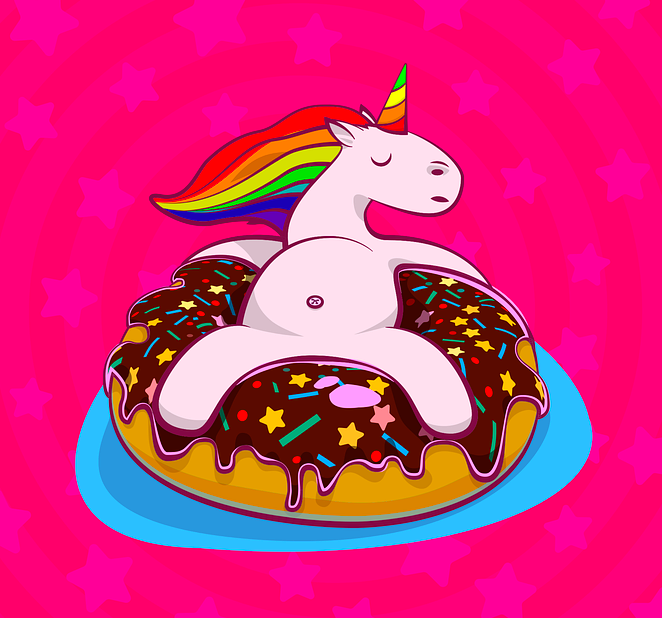 “Much of my youth was spent in the parking lot or inside a Dunkin’ Donuts.” – Eli Roth

“She was carrying two coffees and a donut bag, and right then and there, he fell in love.” -Animal Magnetism” – Jill Shalvis

“I’m an all-things-in-moderation kind of person. I do eat a warm donut occasionally. I especially enjoy a cider donut when I’m apple picking. I don’t think there’s anything wrong with that.” – Rachael Ray

“A flute without holes is not a flute. A donut without a hole is a Danish.” – Chevy Chase

“When shopping at Dunkin’ Donuts, pretend you are the mother of nine. Say things like, ‘Little David likes cream-filled, and Susie wanted jelly.’ That way, no one will be suspicious when you order a dozen donuts with one cup of coffee to go.” – Linda Sunshine

“Anyhow, the hole in the donut is at least digestible.” – H. L. Mencken

Whether you say it donut or doughnut, both spelling variations are acceptable in our book. Those round usually punch-holed pastry best paired with a cup of coffee were introduced when Dutch settlers brought them to New York. These desserts were called olykoek or “oily cake” at the time., They resembled the modern donut as we know it, but didn’t feature the ring shape.

Domestically, National Donut Day is celebrated every first Friday of June each year which follows the Doughnut Day established by the Salvation Army back in 1938. This holiday commemorates the personnel who served doughnuts during World War I. Today, there are approximately 25,000 donut shops spread across the country, serving 10 billion donuts a year.

In a recent survey, it was found out that the average American consumes about 31 donuts a year or 2 – 3 donuts per month. While crazy donut burgers garner a lot of social media attention, the classic flavors are still consumed the most. Chocolate leading the way with 22%, followed by plain with 16%, and the old-fashioned donut at 13% continue to be the preferred flavors to enjoy.