How to Start a Food Truck in Montreal, Canada

If you’re thinking of starting a food truck business in Montreal, this page is for you. Being the largest city in the Canadian province of Quebec, the 2nd largest city in Canada and with an estimated population of about 1.65 million, it’s the perfect place to start a food truck business. You must be aware though that the way they do it in Canada may be different compared to the U.S. It’s a good thing that the owners of Phoenix 1 and DAS were more than happy to share their stories when we asked them for an interview. We’re quite certain that the information they shared can help you start your own food truck operation.

FTE: Can you tell me something about you and your business?

Phoenix 1: There are four partners in the business namely: Aleksey Cameron, Oliver Berkani, Laurence Berkani and Keith Kolder. Our first truck, Phoenix 1, is going into its fourth season. Our second truck, Queen B, will be starting its second season. We’re also launching a third truck this year, le King Bao. It will be a collection of steam buns (ex: pork belly buns). We’ve been active in the Montreal food truck scene since year 1! Operating food trucks in Montreal started to be legal only four years ago. 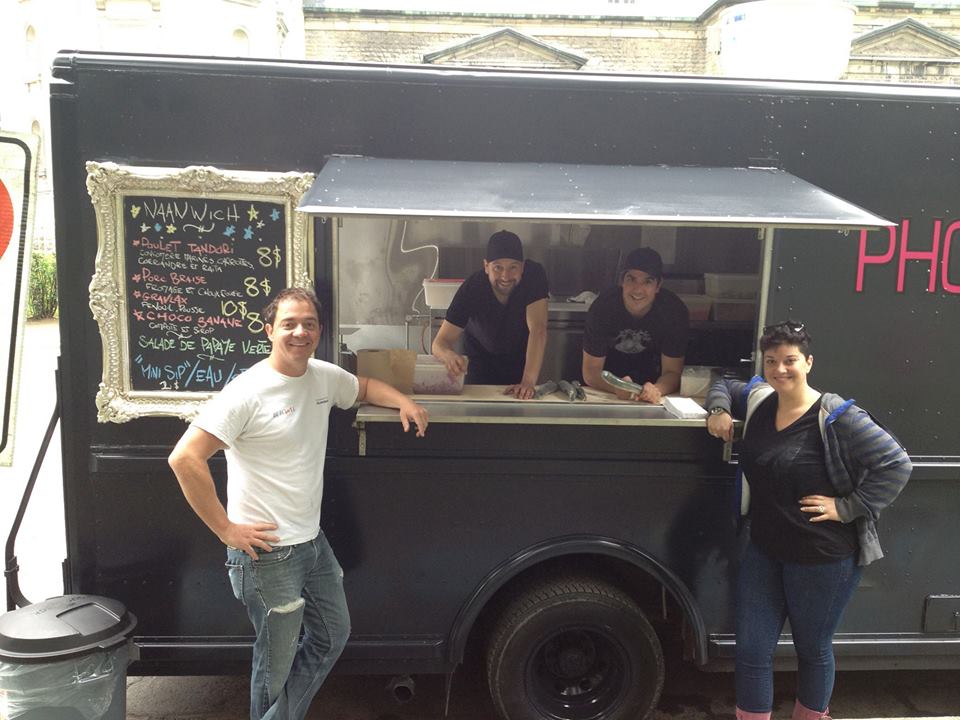 DAS: My name is Annie Clavette. I’m from Montreal, and I owned the company Group DAS Truck which started its operation in 2013. We started our first food truck, the SCHNITZEL Truck, on October of 2013. Yes, we have winter, and yes, we decided to embrace winter with our food trucks. The first year of pilot project in Montreal was in 2013, but we were too late for the project so in 2014, we applied for our license and since then, we’ve been operating. July 2015, we decided to build a second food truck, the BACON Truck. It’s the truck that invented the famous bacon pie stuffed with poutine and bacon. The regulation for 2015 was different. The SCHNITZEL Truck could run for 4 seasons, but the BACON Truck was just doing events and private parties. On October 2015, we decided to start a new food truck, the BURGER Truck. We did apply at the city for this truck. We will start May 2016 in the city. November 2015, we opened a restaurant the HQ of all 3 trucks Le gras dur (the hard fat). On January 2016, we started a trailer called Le P’tit gras (the small fat). This trailer does all kinds of parties and serves pop corn, cotton candy and shaved ice. Only 2 trucks run in Montreal Street, SCHNITZEL Truck and BURGER Truck. 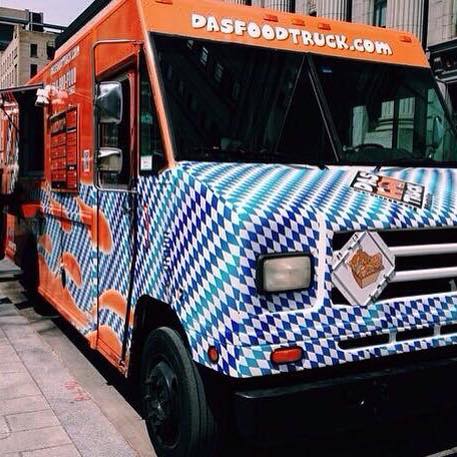 FTE: What sources of information did you tap to put it all together? How did you do it?

Phoenix 1: There was no book or mentor, just trial and error.  We did everything on our own including physically constructing the inside of the truck.

DAS: Wow, this was a challenge, but my husband and I have a lot of experience in the food and restaurant industry. We called the good company to help us, inspectors in fire regulation, companies in gas regulation, the city e-mail and phone. We also called the ARRQ. It’s a group that booked the food truck. They have a lot of information about the experience of others.  But for us, Montreal City has a great project, and it’s the center of power in regulation and inspection so I guess it’s easier.

FTE: Navigating city regulations, including health and fire safety requirements can be quite a challenge. How did you manage?

Phoenix 1: To operate a food truck in Montreal, you need a MAPAQ permit.  By taking the MAPAQ training course, you will be well versed in food safety regulations/health codes. Depending on the type of cooking elements you have, you may also need specialized equipment in case of fire.  You should be able to find all of this information from the MAPAQ website or by contacting food truck operators or builders that specialize in building food trucks.

DAS: For us, Montreal City is very strict about food safety. Every 1 of 10 has to learn all the regulations of food safety and also have to pass a test to get the MAPAQ license and we have that, not more complicated but well trained. The best way is to call a company who can install the system and make sure they have their license.

FTE: We all know that food trucks rely on good parking spaces to generate sales. What’s the parking setup in Montreal, Canada?

Phoenix 1: Every truck receives a monthly schedule from a city-appointed subcontractor.  There are a certain number of spots throughout the city and the trucks are assigned to them on a daily rotation. They are clearly marked so that only food trucks can park there, but from time to time, it does happen that there will be a car in your spot.

DAS: For that part, it’s the most challenging. We have for now 30 parking spaces, but since the beginning, we’ve had many challenges. The parking is not all well visually assigned for food trucks so on many days, we did not operate because the city would not remove a car blocking our space even if they were giving them tickets. Many of the parking spaces are in the desert area. The city can give food trucks to the people but don’t want to offend the restaurants so we are rarely near the action. On 30 parking spaces, maybe 4 or 6 of them are good.  The parking places are attributed to the food truck for a month in advance by a system, and if you don’t like your spot, you can decide to not go. So most food trucks only go out on the good parking spaces.

FTE: There are always unique challenges for food truck operators in every city? What’s yours?

Phoenix 1: The biggest challenge would be weather.  We have harsh winters which make food trucking far less feasible.

DAS: In Montreal as mentioned, we live with cold climate and we have snow. So from December to the end of March and sometimes April, we have snow. The other challenge is that the city should decide if they want to invest in food trucks to give us better parking places near the action.

FTE: What’s the best advice that you can give to our readers who are thinking of following in your footsteps?

Phoenix 1: Think on your feet – you have to be prepared to find a solution to just about any problem that could arise, and you have to do it quickly.

DAS: Before giving a contract to build a food truck to a company, look for good workers with their card of competence on electricity, plumbing, gas and graphic designer. You would pay more but only once you have a cash flow. Big trucks break often and cost money to get fixed which could be a lot. Find a good garage for big trucks that are open 7 days a week even at night. This can help you get it fixed fast to let you get back on the road as soon as possible.

Thank you Aleksey and Annie.

We gathered a few useful links that we found online to help you get started. Check these out.

Laws and Regulations – This link will lead you to the laws and regulations page for street food of the Montreal Government website.

MTL Food Trucks – This website has answers to probably all of your food truck related questions.

DAS Food Truck – This one is the FB page of DAS. Say hello to Annie for us.