Is the Crumbl Cookies Franchise Cost Too Expensive? (My Opinion)

Crumbl Cookies was founded in 2017 by cousins Sawyer Hemsley and Jason McGowan, who opened their maiden outlet in Logan, Utah (during the time Hemsley was still enrolled in college). As stated on the company’s website, the brand now has more than 300 bakeries in 36 states, making it “the fastest-growing cookie enterprise in the country.”

You could be wondering how they did it. The simplest answer is one extraordinary cookie recipe, combined with a brilliant branding and social media promotion strategy.

How much will it cost to open a Crumbl Cookie franchise? Expect the total investment to cost between $229,666 – $574,833 depending on where you plan to open. There’s also a franchise free of $25,000, which is standard for a food franchise.

Want to learn my opinion of this rapidly-growing cookie franchise? I share the pros, cons, and whether or not this concept could be a fad below. You can also take our 8-minute franchise quiz to get matched with a business opportunity that fits your skill set. 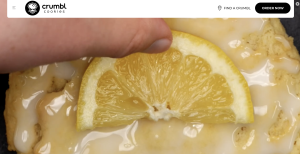 Before getting involved in a Crumbl Cookies, know this isn’t a passive investment. This is a business you’ll need to actively operate, market and grow. If you’re not prepared to be involved in the day-to-day operation of the business, this is not the business for you. Here’s what the financial requirements of this business look like.

Crumbl Cookies is a relatively new franchise having only opened its doors in 2018. The company’s primary goal, according to them is to make delicious cookies in a unique and exciting way. To be honest, the company can be credited with being a pioneer in the field of cookie marketing and presentation. A weekly rotating cuisine, open-concept facilities, and a fantastic pink box are among their key advantages.

The following is a breakdown of the fees required to open a Crumbl Cookies franchise.

When you buy a franchise, you need to know how much money and time will be required to succeed. You’ll need a lot of equipment though such as inventory, ovens, food disposal machines, venting systems, furniture, and a retail space.

How Much Profit Does Crumbl Cookies Franchisees Make Per Year?

Crumbl topped a list of the top 25 chain stores with the fastest growth evaluated by system-wide gross sales in the country, according to the latest study by Nation’s Restaurant Information (NRN). Crumbl’s total gross sales increased by 93 percent to $53.4 million in 2020 compared to the previous year. This is stunning growth.

In 2019, the company’s overall average gross sales per store was $1.3 million with a net income of $284,000 per store. As a prospective franchisee, it’s encouraging to note that this shop concept offers a high per-retailer profit margin. Another encouraging metric is that you could earn a good living by operating a single location. This isn’t possible with many franchise options.

Related Reading: Is a Caribou Coffee Franchise Still Worth the Investment?

Crumbl had a net revenue loss in 2018, which was the first year the company began franchising. The gourmet cookie company, on the other hand, made a comeback in the following year, due largely to increased franchise expansion. It’s worth mentioning Crumbl is a smaller food and beverage franchise, its system-wide revenues aren’t as high as those of other franchise concepts that have been established for decades.

According to the company’s website, they currently have over 300 bakeries (no definite figure) in 36 states. Crumbl Cookies stated in late September 2021 the company opened 254 outlets in over 30 states in just four years. According to Jason McGowan, co-founder, and CEO, there is no set unit goal number. Time will tell how far this concept can go.

In the end, the food processing industry’s net profit margin was only 5.16 percent. The whole market’s net margin was 7.81 percent, up from 7.79 percent the previous quarter. The industry’s severe competitiveness may have resulted in such narrow margins.

Before opening a franchise business, there are a few things to think about. You need to consider additional variables, such as training and long-term firm stability in relation to the financial considerations and sustainability of the business. Given these factors, here’s a SWOT analysis of opening a Crumbl Cookies location so you understand the strength, weakness, opportunity, and threat of the company.

You may have seen Crumbl if you’ve been social media savvy since 2020. The chain has amassed 800,000 fans on TikTok, the latest leading social media network with 80+ million monthly active users, the majority of whom are between the ages of 16 and 24.

Crumbl attracts millions of visitors thanks to a meticulously maintained TikTok page, many of which have become devoted clients. Among Crumbl Cookies’ strongest attributes is its mastery of social media. TikTok and Instagram, for example, are particularly visually driven, and much of the information posted on these channels is related to food photographs and videos.

Creating just 4 flavors every week is a savvy marketing strategy that keeps customers interested in what could be on the menu each and every week. Every cookie is unique, so customers feel compelled to visit the store to experience it before it sells out. Cookie connoisseurs never seem to get tired of tasting different flavors each week.

On a separate note, this concept performs effectively for businesses with an experimental customer base—those who are more eager to try new things than people who walk into a café knowing exactly what they should eat. Crumbl’s target market is younger, as previously stated.

In fact, since the epidemic began, well over 180 units have been released with 8 to 10 additional units being released every week as I write this. If that wasn’t impressive enough, the company hasn’t closed a single site since the franchise model was introduced. It’s safe to say that Crumbl Cookies is a hit thus far. 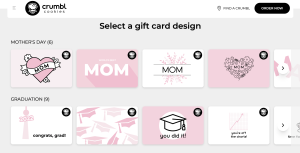 Cookie Advantage, Insomnia Cookies, Le Macaron, Krispy Crème, and Cinnabon are just a few of some well-known businesses that compete with Crumbl Cookies. These are a food and beverage brands that compete directly with baked products.

If you consider the comparatively low capital investment, Crumbl Cookies has to be one of the most financially viable cookies or baked products franchises around. If you invest just under $500k and generate a revenue of more than $200,000,