Soup is said to have existed as early as 20,000 B.C. Our ancestors boiled soup using sealed baskets out of tree barks and animal hides, cooking instruments of the time.

Safe to say, soup has evolved with the over the centuries right alongside mankind. Through the invention of canning and other updated packaging methods allow soups to be sold hot or cold, liquid or dry.

In today’s industry analysis, we evaluate the changing consumption trends that’s disrupting or beloved comfort food (in good ways). Changing consumer tastes and healthier lifestyles are forcing manufacturers to make sweeping updates to their product over the past decade. Some innovations include more nutritious soups that aid in weight loss, boost the immunity, and invigorate the body from everyday stress.

Soup(er) Facts You Should Know About 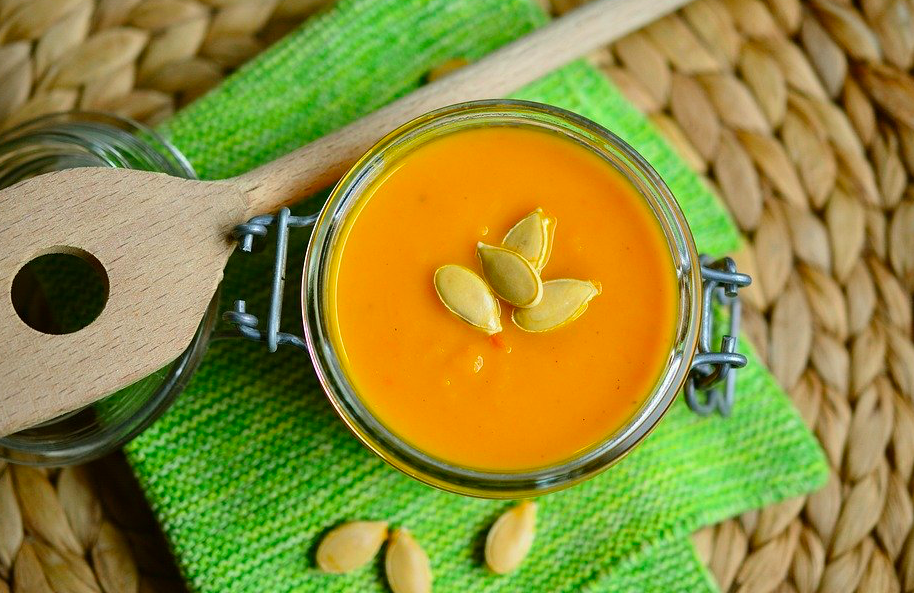 The major types of soup are classified as dry soup, wet soup, bouillon, and broth and stock. (Bandera County Courier)

This year, the average per capita soup consumption remains at 0.6 kg. (Statista)

Owing to its simple preparation, instant soup is seen to continue to dominate the soup market. (Mordor Intelligence)

A top player in the soup market for several years, Campbell Soup Co. has seen its share dwindle to smaller soup manufacturers in recent years. (Euromonitor)

Dried soups are divided into two types: instant and dehydrated, depending on the product. (WMFJ.com)

The popularity of health and wellness products, the growing variety of its products, and the dynamic promotions of key players in the industry are other reasons why the industry is continuing to develop. (Mordor Intelligence)

Walmart is Campbell’s Soup Company’s largest customer taking up 18% of its distribution percentage.

Spending on promotional and other marketing activities have kept key soup manufacturers dominating the market. Concentrating on product innovation and certain branding strategies have also kept these companies with a competitive edge.

Frozen soup, just like any other ready-to-eat soup, contains a lot of nutrients and comes in different kinds of packages. (Weny.com)

4,400: The number of Campbell Soup applications and trademark registrations.

Campbell Soup Company employs about 23,000 people in all its offices around the globe. (Vault)

In an era of tight restrictions and quick access to health and nutritional facts, current soup manufacturers are no longer inclined to bet on their healthy perception to promote their products. (Weny.com)

Dried soups are typically in bouillon cube form, it is a mixture of powdered ingredients such as pepper, dehydrated veggies, and seasoning. (WMFJ.com) 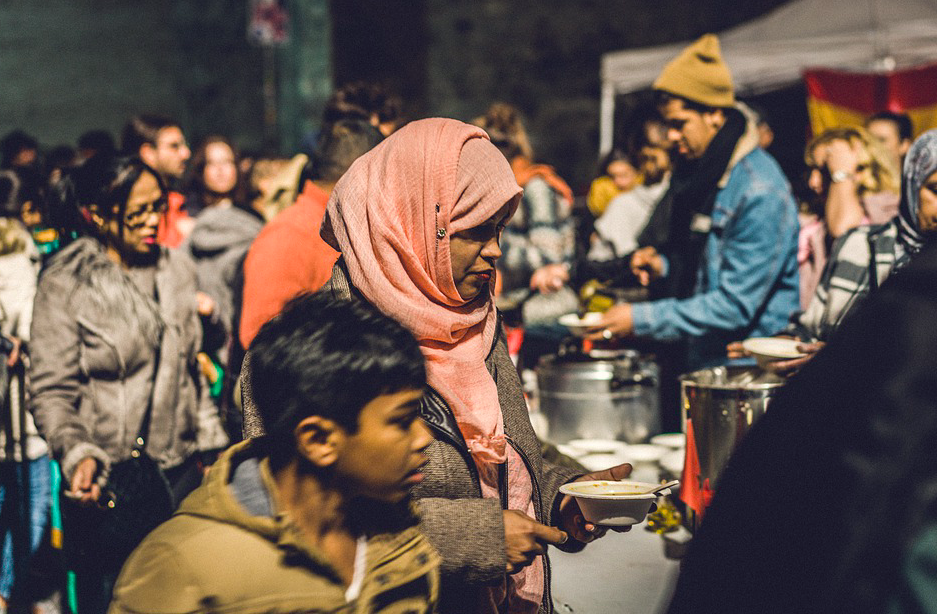 Almost every culture has some form of soup.

In 2020, the soup industry gained over 21 million in earnings. The market is anticipated to increase annually with a CAGR of 2.6%. (Statista)

In the next few years, UTH and canned soup products are expected to increase in demand. Consumption of canned products is especially high in developed countries such as Germany, Canada, the U.K., and the U.S. (Grand View Research)

North American soup demand, which holds a significant share in the global soup market, is projected to surge following the rise in the appeal of nutritional food intake. (Market Reports World)

Belize has risen to rank number 69 in 2016, where they were ranked 124 the year before in soups and broth exports (Nation Master)

The elevated content of corn and salt is said to hinder the growth of dried soup in the market. It has been claimed to increase a person’s level of blood sugar and blood pressure. (Grand View Research)

The 19th-century invention of canning paved the way for the commercialization of soup around the world. (MarketResearch.com)

Germany tops the ranks in 2018 in terms of broths and soups production sold. (Nation Master)

Comprising of assorted exotic flavors and having nutritional value, chilled soups are the choice of young Britons, bringing about its growth in the U.K. soup market. (Express.co.uk)

During the period 2009 to 2019, Ambient soup will remain superior among the four categories of soup studied in the U.K. market. (Market Research Store)

Due to the negative concept of containing preservatives as well as being known as a poor source of nutrients, traditional shelf-stable soup has seen a sharp decline in sales in recent years. (Euromonitor)

In the soup market retail distribution market, Hypermarkets/supermarkets are king with an exceptional 79.3% share. (IndustryARC)

Cream soup with cheese or milk base, as well as soups garnished with cheese or sour cream, dominates the menu offerings in most U.S. restaurants. (Think USA Dairy)

Among its broad soup variety in the U.S., tomato, chicken noodle, and of course, cream of mushroom is the most popular soup varieties of the Campbell Soup Company. (Vault)

North America which includes the U.S. market, is the prominent region compared to the rest of the world in the soup market.

Due to a shift in healthier eating habits brought about by consumer’s increasing inclination to health and wellness, frozen and chilled soup has seen exceptional growth in its category. (Euromonitor)

Holding a big chunk of the global market share, North American demand is expected to surge due to the high demand for nutritional food products. (Mordor Intelligence)

In 2020 figures, the U.S. generated the most revenue which amounts to US$5,357m compared to the rest of the world. (Statista)

Acquisitions are known as common strategies of certain companies to eliminate competition. Lynn, Massachusetts based company, Kettle Cuisine, acquired Harry’s Fresh Foods in April of 2019. The latter is known to offer a wide variety of food products which include gluten-free and vegan soups. The ploy is said to benefit Kettle Cuisine by tapping markets held by Harry’s Fresh Foods. (Globe Newswire)

Trends in the Soup Industry 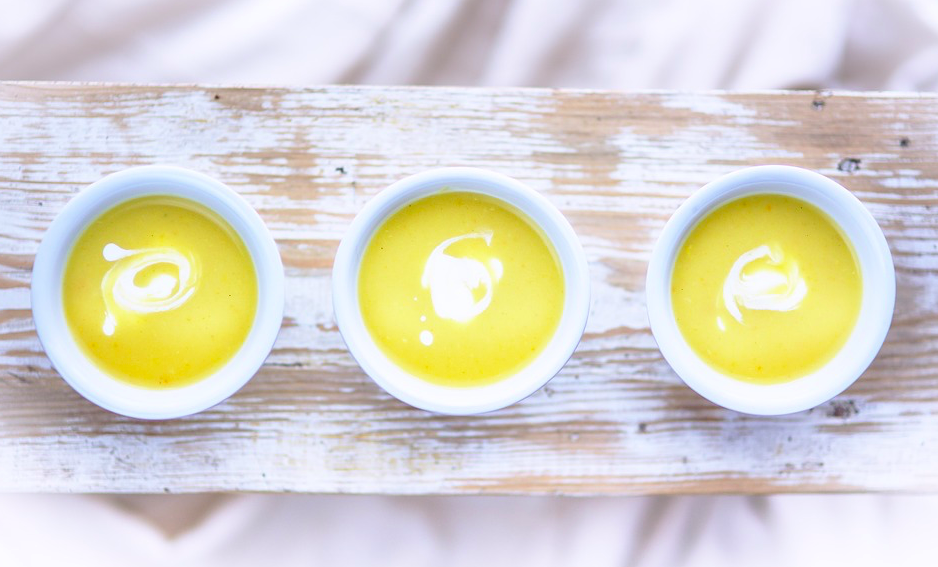 Soup manufacturers are focusing on research and development to sell their healthy product line. Expansion through the acquisition of smaller players is also being used as a strategy to tap previously unexplored markets. (Newsparent.com)

During the forecast period, 2019 – 2024, APAC (Asia Pacific) region is anticipated to gain an increasing growth rate.

The increase in per capita disposable income, the addition of new products and flavors, and the boost in marketing campaigns are some of the drivers spurring the growth of the soup market. (Market Research Future)

Changing eating habits and rising disposable income are some of the drivers of the APAC market growth. By 2025, it is projected to reach sales of USD 3,594.9 million with a CAGR of 4.96%. One of the top contributors in the region, Japan is also one of the leading producers of wet soup. (Globe Newswire)

Soup has long been a staple of our meals. But that doesn’t mean the meal has gone unchanged. The product continues to evolve with changing consumer preferences.