The U.S. meat segment along with the poultry market is close to a trillion industry which accounts for around 5.6% of the U.S. GDP. This industry brings in a total of $113 billion in sales annually. Texas employs the largest workforce of meatpackers, wherein each employee earns an average annual salary of $22,700.

Despite the reported risks involved, the meat packing industry employs close to half a million people in the U.S. alone. In 2017, the average meatpacker earned $14.98 an hour including benefits. The industry can also be considered multiracial as Hispanics lead the workforce, followed by Asians and Blacks.

Let’s now have a closer look at some of the key statistics from this essential industry in the United States and globally.

Meat packaging and processing earn a total of $133 billion a year. (The Market Works)

Meat packing and processing plant employees earned an average of $14.98 an hour including benefits in 2017. (NAMI)

The United States meat industry’s workforce numbered 800,000 employees, 488,500 of which are in the meat packing industry. (The Market Works)

The Texas meat packing enterprise has the largest number of employees, each earning an average of $22,700 a year. according to the U.S. Bureau of Labor Statistics.

Back in 2017, the meat and poultry business processed the following:  (NAMI)

If you’re talking about a yearly average, meatpackers convert: (The Market Works)

The U.S. meat and poultry industry make up for about $1.02 trillion overall economic output, this translates to 5.6% of the country’s GDP according to a 2016 study by John Dunham & Associates. (NAMI)

Back in 2010, the highest hourly average wage was in Minnesota with $13.52 per hour, in contrast, the lowest was in North Carolina with an average of $10.22 per hour. 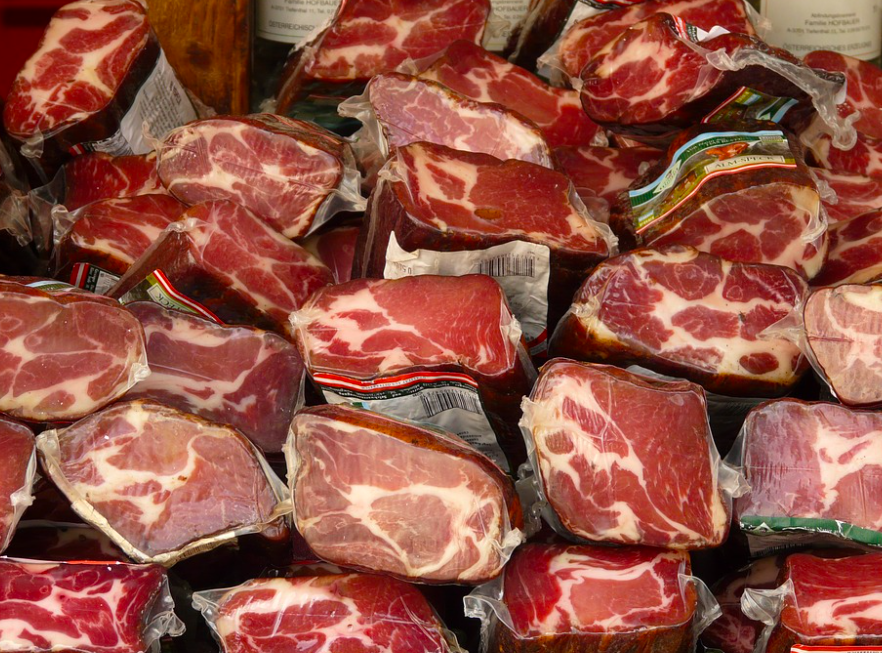 According to a study, amputations occur twice a week on average. In 31 months from 2015 to 2017, there were 270 incidents based on OSHA figures. (The Guardian)

Those included in the “Days Away, Restricted, or Job Transfer” that had the most serious injuries, dropped in rate from 2017 at 4.6 to 3.6 in 2018. This is also the lowest ever recorded rate for such a segment. (National Hog Farmer)

According to research reviewed by the Guardian and the Bureau of Investigative Journalism, US meat plant workers encounter fractured fingers, head trauma, second-degree burns, and amputations among others each week in doing their job. (The Guardian)

U.S. meat plants experience an average of at least 17 serious injuries each month according to the Occupational Safety and Health Administration (OSHA). These incidents involve “Amputations, loss of an eye, or hospitalizations”. (The Guardian) 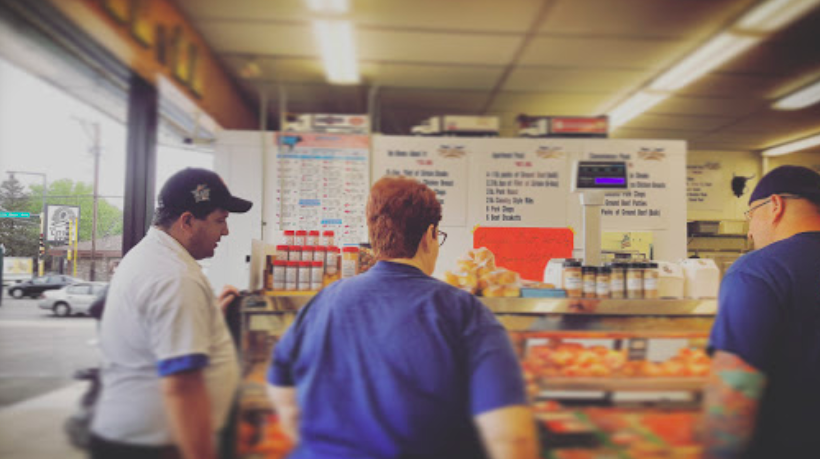 Consumers are becoming more aware of the supply chain post-COVID19.

The U.S. meat packing industry sees a decline in demand this year because of closures in the foodservice industry. (IBISWorld)

Small and mid-size operators in the meat packing industry would certainly be entitled to get assistance from the government. (IBISWorld)

Since the start of the outbreak, around 40 meat slaughtering and processing plants have closed from a single day to about several weeks. (USA Today)

The continued demand for meat, poultry, and beef from meat markets and supermarkets has lessened the impact of the pandemic in the industry. (IBISWorld)

One or more worker has tested positive for Covid-19 in about 170 plants across 29 states. Included in this statistic are workers who have infected others. Around 45 workers have died as a result of these infections. (USA Today)

Meat Packing Trends Before The Pandemic

The beef segment was expected to record accelerated CAGR with about 3.1% during the forecast period of 2019 -2025. This can be attributed to the growing awareness that beef consumption is a rich source of protein. (Grand View Research)

Related Reading: My First Food Production Run with a Manufacturer

One of the major trends influencing the meat packaging industry is the use of eco-friendly packing methods. Due to the growing concern for environmental protection, manufacturers have turned their attention on using such packaging methods to satisfy market demand.

Many supermarkets like EkoPlaza and Poiesz have been using Bio4Pack to pack organic meat. The film, absorption pad, and label are all biodegradable and identical from traditional packaging. (Mordor Intelligence)

The vacuum skin packaging method is also gaining popularity with increased potential for growth during the forecast period (2019 to 2025). Improved product visibility and product presentation by taking the shape of the meat have made it attractive among consumers. (Grand View Research)

The meat packaging industry is now officially classified as essential part of the meat and poultry industry which contributes substantially to the United States economy. While the reduced demand for meat gets a lot of media attention, the meat packing industry isn’t going anywhere in our lifetime. There’s still a strong base of consumers that prefer animal protein over plant-based alternatives.

So don’t despair, the meat packaging industry will weather through the current health crisis and changing dietary preferences.

Patrick Limdico is a Brand Journalist at FoodTruckEmpire.com. Patrick conducts in-depth research behind many of the articles and authors a lot of posts you read on FTE. Off the desk, Pat watches basketball and racing, a tech addict, an avid follower of American T.V. series, and of course, a food fanatic.
<div class="fusion-title fusion-title-size-two sep-double sep-solid"