Who doesn’t love hummus? Back in 2009, only 12% of Americans regularly ate hummus. Fast forward to 2016, the number swelled to 25% of the national population. But can this consumption growth continue into the future for the next decade? In today’s industry report we evaluate the data from this industry to predict if there’s still more growth on the horizon.

Click on the category of interest below to learn more about the hummus industry in the United States and around the world. 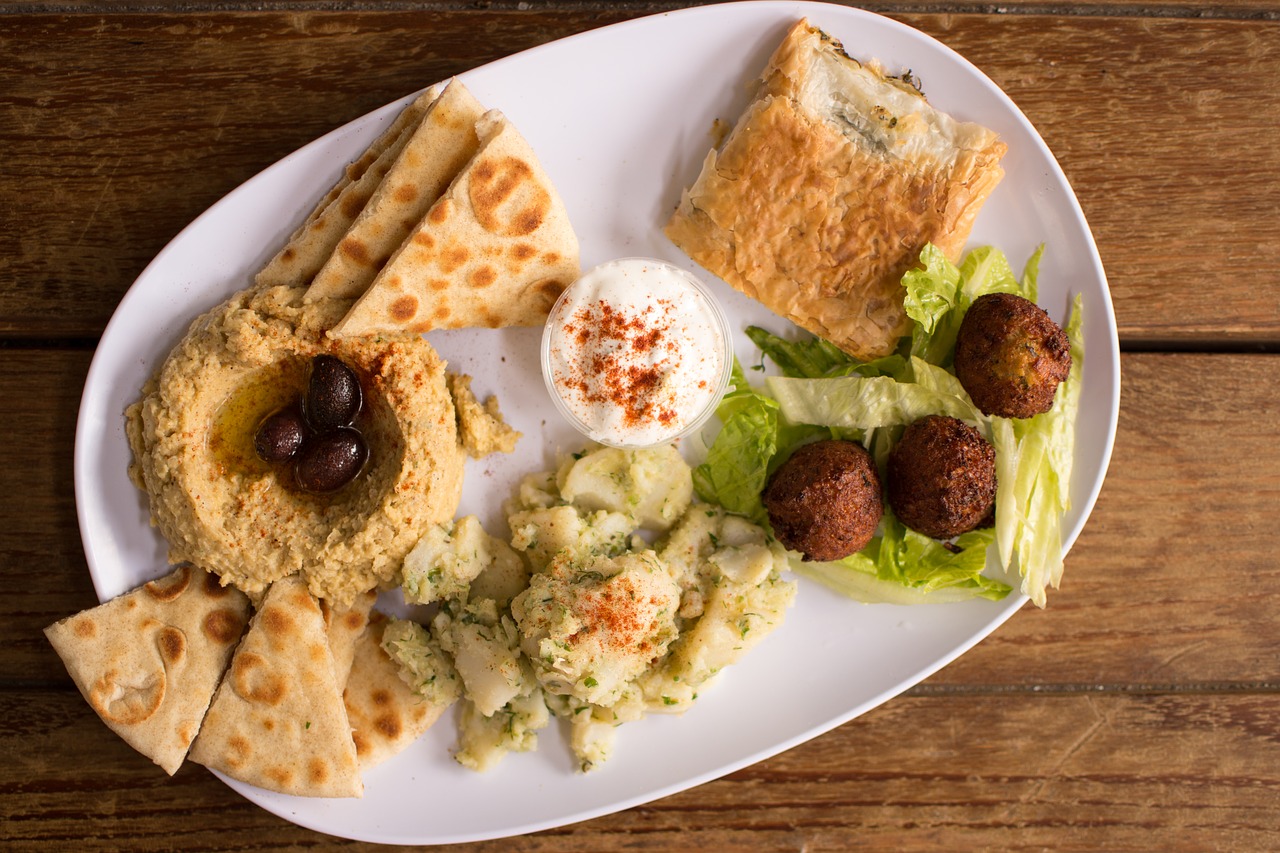 A mezze (appetizer) platter consisting of hummus, pita and falafels.

In a survey made in 2016, 14% of Americans did not consider hummus to be healthy. (Statista)

The annual growth rate of hummus is pegged at 31.1%. (Tastewise.io)

In 2016, over 80 million people worldwide, or about a quarter of the entire U.S. population, still have no idea what hummus is. (IFT.org)

Key global players in the hummus market include and in no particular order: (Market Watch)

The European market has emerged to be a market driver in the hummus market in the coming years. (Market Watch)

A healthy serving of hummus is between 2 to 4 tablespoons in a day, with a normal diet considered on the side. (BBC Good Food)

The popularity of hummus in recipes is at 0.28%. (Tastewise)

Recently gaining popularity in the U.S., around 26% of American households purchase hummus. (IFT.org)

One tablespoon or around 30g of hummus contains 8g of unsaturated fats. Hummus is also naturally rich in good fat due to its olive oil and sesame seed component. (BBC Good Food)

The market adoption of hummus among restaurants is at 9.72%. (Tastewise)

Chickpea production ranks 3rd after beans having an annual production of more than 11.5 million tons. Much of its production comes from India. (tandfonline.com)

The U.S. produced about 69 million Cwt of chickpeas on approximately 6.2 million agreed of land. (AgMRC)

More than 2.3 million tons of chickpeas enter the world market yearly, supplementing the needs of countries that are unable to meet demand through local production. (tandfonline)

Sabra, a popular brand of hummus, accounted for a whopping 62% of all hummus sold in American groceries. (Today)

Monthly Google inquiries for hummus have more than tripled since January of 2011. There’s more interest than ever before for this food. (The Atlantic)

According to a survey, Americans spent 4 times of their money on grocery store hummus in 2018 than they did 10 years ago. (NPR)

Despite the figures, roughly 32% of Americans are eating hummus. (Forward)

Every year, an average American consumes about 1.85 pounds of hummus.

One out of four American households consumes hummus on a regular basis.

Chickpea is considered as one of the five to ten ingredients that every person agrees to put into their food. (The Atlantic) 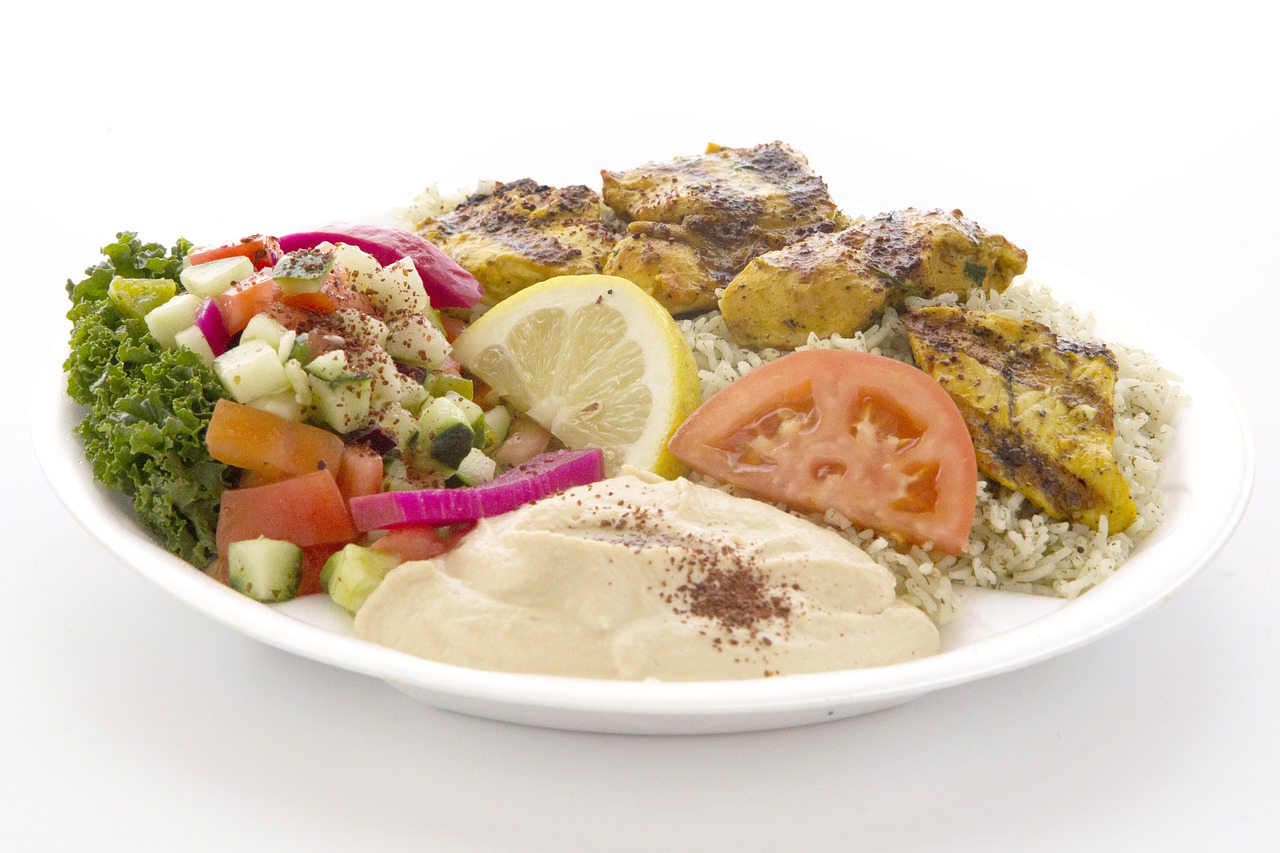 A chicken kebab and hummus platter that is found on some halal restaurants.

The $11.2 million refrigerated plant-based do category is growing at a pace of 91%, according to data from Chicago-based firm SPINS. (Winsight)

Chickpeas, one of the main ingredients of hummus, was attested by Whole Foods Market vouched to its potential by including it in their top 10 promising food trend of 2021. (Food Business News)

In 2017, hummus became the biggest category in food dips (excluding guacamole), as it equated to 45.8% of the total food dip sales that year.

Plant-based dressings such as hummus are in the uptrend. This particular category produced $9 million in sales, an increase of 90% for the year ending April 2019. (Winsight)

The growth of the hummus category was due to the increasing popularity of chickpeas among American consumers. (Food Business News)

In the past year, plant-based food retail sales in the U.S. rose 11%, pushing the total plant-based market value to $4.5 billion. (Winsight)

In 2019, the number of U.S. product launches with chickpeas as the primary ingredient increased to 74%, compared to the previous year. (Food Business News)

The land area dedicated to chickpea has been rising in the past few years, currently at 14.56 million hectares. (tandfonline) 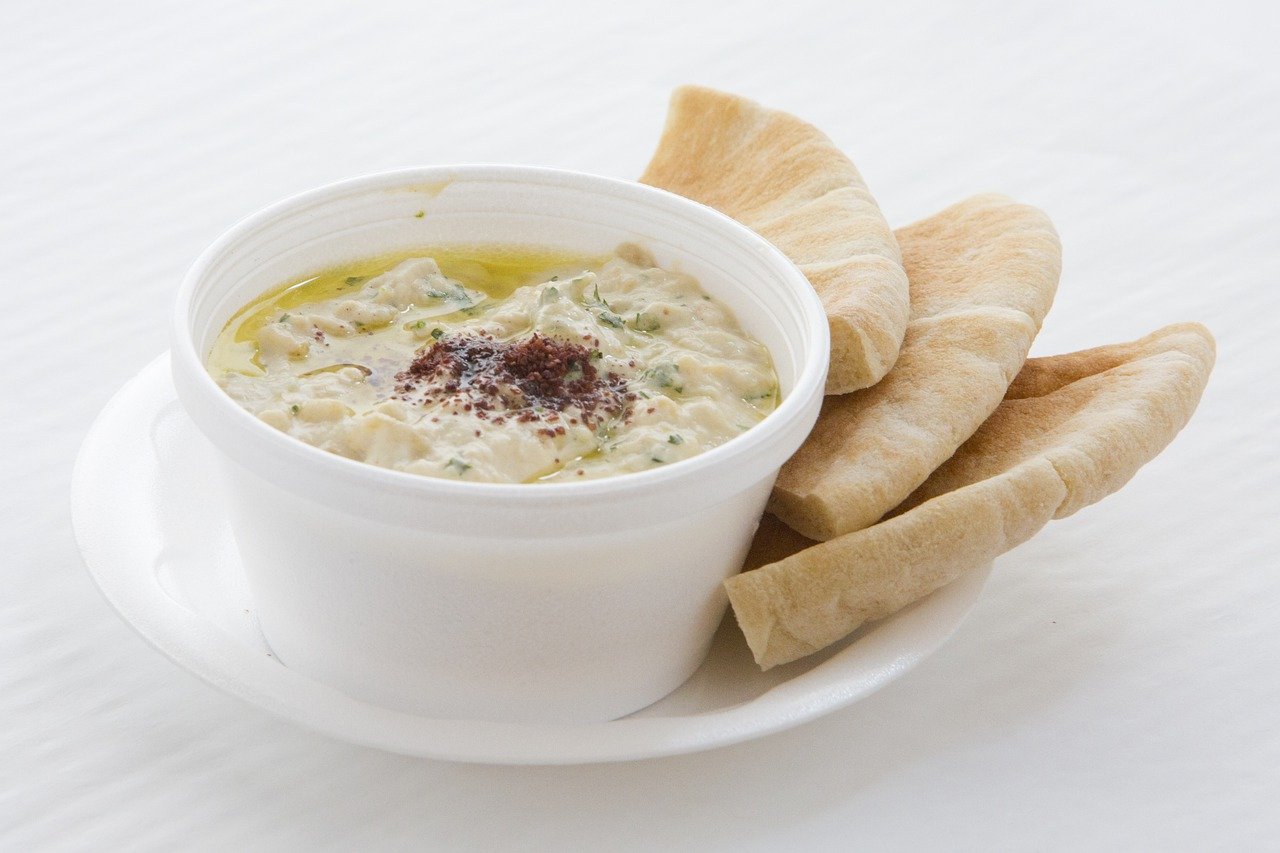 Pita is great with hummus.

Hummus started conflicts. Chef and restaurateur Yotam Ottolenghi told that creating the best hummus has been a source of conflict among Jews. Jewish men, in particular, have argued about who has created the most fantastic hummus. The debate over who makes the best hummus continues! (Food Republic)

Hummus is a global dish. Believe it or not, it’s not just the Jews who claim this wonderful dish. The Palestinians, Geeks, Egyptian Arabs, as well as other Mediterranean and Middle Eastern countries, lay assertion to this dish as their own. In fact, hummus has been eaten in this part of the world for hundreds of years. It’s believed that this dish was first imported from chickpea-growing countries from Greece to certain Areas countries.

Recipes though have little variation. Hummus is commonly made from chickpeas, garlic, sesame paste, and lemon juice. The only variation congress from how much tahini, sesame paste, or cumin is added. (Food Republic)

Packed with nutrition. Hummus consists of magnesium, zinc, iron, some Omega-3 fats, calcium, along with most of the B Vitamins. (BBC Good Food)

Not just for pita. Hummus is also great as vegetable dips, sandwich spread, as well as baked on fish. Its lemon component help cut fats and goes well with seafood. (Food Republic)

Hummus as an aphrodisiac. Believe it or not, hummus can make you go mmm… Its chickpea component packs a lot of proteins and feel-good vitamins. (Food Republic)

Hummus’s main ingredient is chickpeas, which contains a considerable amount of protein, fiber, manganese, and vitamin b6 among other nutrients. However, the nutritional content of hummus depends on the amount of water, tahini, and chickpeas used in each recipe. This is not only a food item that’s high in nutritional content, but can come in many creative flavors like garlic, spicy, black bean or peanut butter.

Originating from the Middle East, hummus is often served as a snack or prepared as an appetizer. In Middle Eastern cuisine, hummus serves as a dip for flatbreads such as pita. State side, the dip is often used for crackers, carrots, and all sorts of vegetables.