The goat milk market is a billion dollar industry thriving as one of the top nutritional drinks in the beverage industry. In fact, global goat milk production increased by around 60% from 1990s up to 2017. Goat’s milk production is scattered globally from developing countries such as the Middle East, Africa, and Asia to developed economies of Europe, Oceania, and North America.

One reason more consumers are discovering goat milk is due to the nutritional benefits compared to cow’s milk. Goat’s milk is a better source of protein, has more potassium, calcium, and a generous amounts of vitamins A and B6 than cow’s milk.

Goat’s milk is found to be naturally lower in dietary cholesterol making it a good alternative for people watching their cholesterol and fat intake. It is also said to contain lower levels of the protein, Alpha-S1-Casein which is directly attributed to lactose intolerance of some people.

Based on the data, we believe the goat milk industry isn’t done growing yet. As consumers tastes and drink preferences continue to evolve, we don’t think this natural beverage has reached its peak yet. Learn more about this up-and-coming industry below. 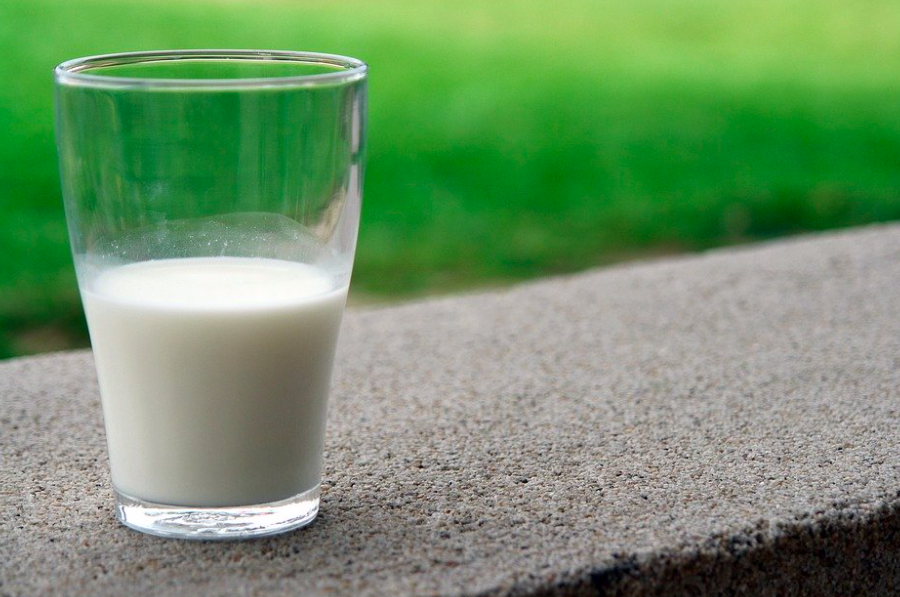 A refreshing glass of goat milk.

Around 60% of the world’s goat population can be found in Asia, with India, Bangladesh, China, and Pakistan having the most number of goats in their country. (NCBI)

First herded around 9,000 years ago, there are currently 210 breeds and 450 million goats around the world. (AgHires)

Despite being known to have an abundant source of protein, having close to 6 grams per 200 ml of serving, goat’s milk has scaled down levels of Alpha-S1-Casein. (St. Helen’s Farm UK)

Unlike cow’s which produce up to 4 gallons of milk per day, goats produce only a gallon of milk a day. (AgHires)

Goat’s milk and goat’s cheese are continuing on a steady rise as consumers become aware of such nutritional properties like lower choloesterol and higher protein content. (AgMRC)

A goat’s typical body temperature ranges from 102 and 104 degrees. (AgHires) 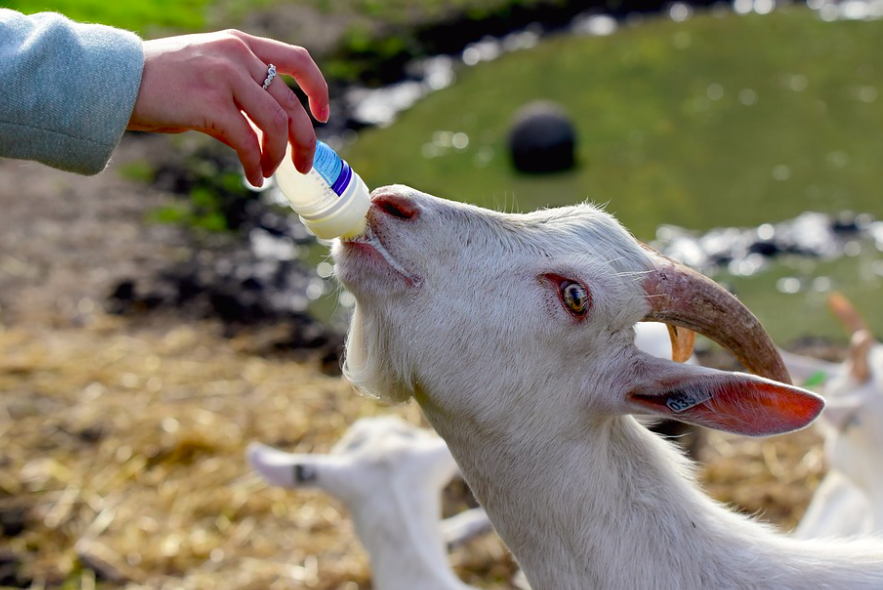 White goat drinking out of a bottle.

Alpha-S1-Casein levels in goat’s milk is 89% less than that of cow’s milk. (Wake The Wolves)

Goat’s milk only has 20% of folic acid as to cow’s milk. (ScienceDirect)

A single (200ml) serving of goat’s milk gives 14% Nutrient Reference Value (NRV) of Vitamin B5 (pantothenic acid) which aids the body in the fatigue reduction and production of energy. (St. Helen’s Farm UK)

Goat’s milk provides sufficient amount of niacin and Vitamin A as well as providing generous amounts of riboflavin, thiamin, and pantothenate which are good for infants. (ScienceDirect)

In comparison, goat’s milk has less amounts of lactose (milk sugar) than cow’s milk, making it effortles for our stomachs to break it down. (Wake The Wolves)

Goat’s milk flavor is said to be more pale, strong, and animal-like than that of cow’s milk which is milky and ordinary. (ScienceDirect)

Goat’s milk is frequently consumed by lactose intolerant individuals. A2 casein found in goat’s milk is easier to digest while fat globules are miniscule and is easily absorbed by 94% of babies. (PR Newswire) 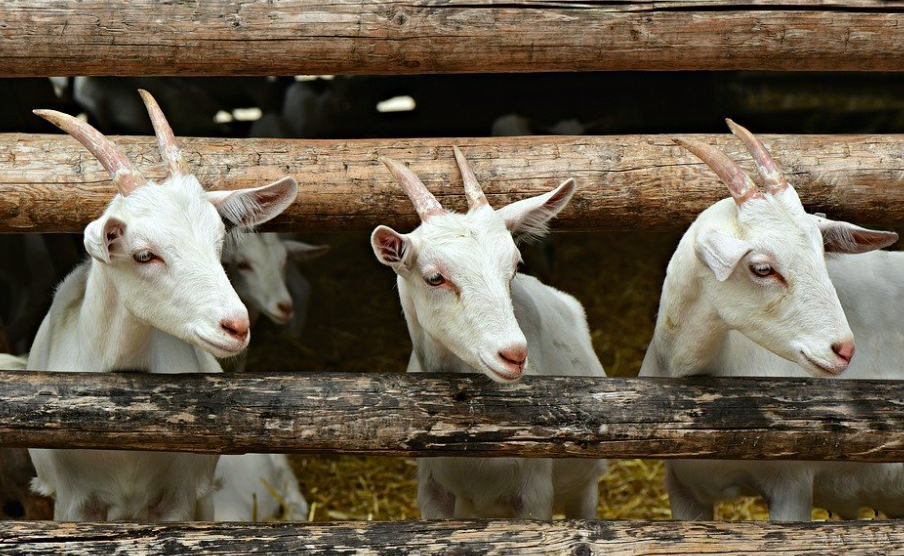 The top 5 goat milk markets in terms of production volume are:  (Tridge)

The fastest growing distribution channel in global goat’s milk market is the online segment, maintaining growth with a CAGR of 15% through 2024. Improved online connectivity among emerging markets have made this possible, making consumers look to the web to purchase goat dairy. (PR Newswire)

Dairy goats can be seen in every state in the country. As of January 2017, USDA reported that there are approximately 373,000 milk goats in the country, a figure which remained unchanged compared to the previous year. (AgMRC)

The Asia Pacific region continues to spearhead growth with a CAGR of more than 10% through 2024. The strong retail and manufacturing industries within the region is opening opportunities for vendors working in the market. (PR Newswire)

It’s a little weird to be make industry predictions for a drink that’s been around for literally thousands of years. But goats milk has continued to adapt to consumers tastes even today. What’s even more interesting is there still plenty of people that have never even tasted goats milk before.

Here are catalysts, we believe support industry growth over the next decade:

As consumer preferences change, it seems inventible we will be enjoying more goats milk in the United States over the next decade. We lift our glasses to this ever-changing industry! 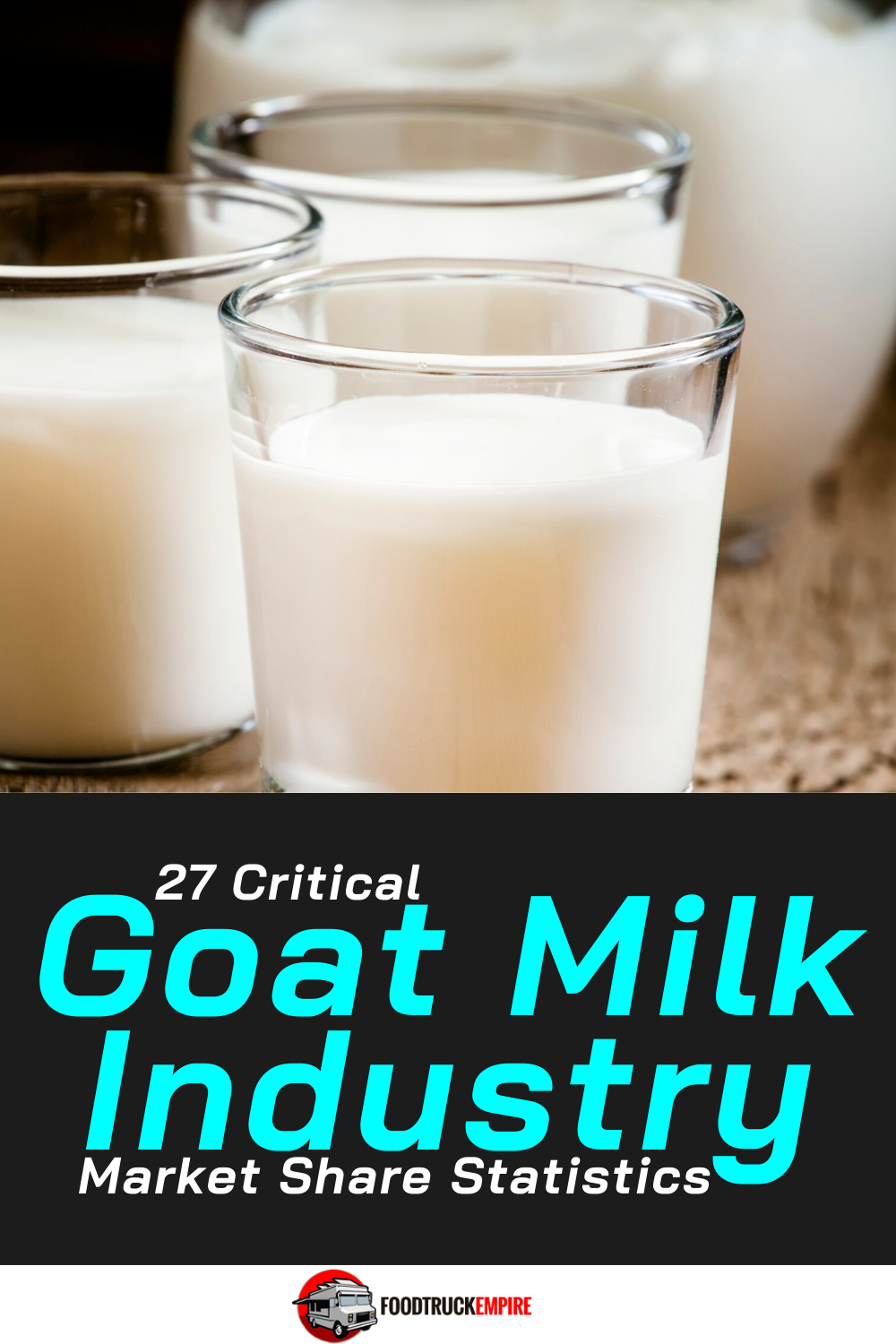