19 Facts about the Creamsicle You Never Imagined Were True

Part of the original Popsicle Brand, the Creamsicle is one of four related products, which includes the Fudgsicle and the Yosicle. These treats contain fudge and yogurt respectively. The original Popsicle has been around since 1905, but didn’t get a rebrand until 1922. The Creamsicle was born in the late 1930s, along with the Fudgsicle, originally named the Fudgicle.

The Creamsicle remains a favorite for its creamy consistency and delicious flavor today. Nearly 100 years old, here are some amazing facts about the famous Creamsicle that are hard to believe. But they are true! Stick around until the end of the article and we’ll test your knowledge of the timeless frozen dessert.

What is a Creamsicle? 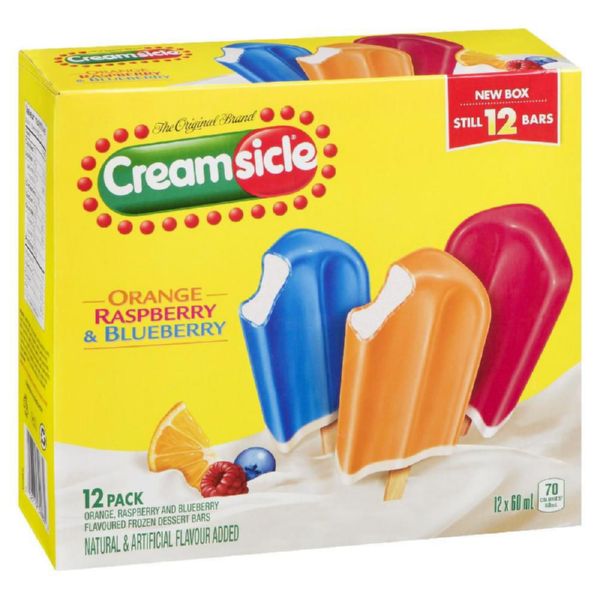 1. A combination of frozen orange juice encasing a center made from lush vanilla ice cream, the Creamsicle is one of America’s most cherished summer memories for almost 100 years.

2. Originally only available in orange, the Creamsicle later expanded to include orange, raspberry, blueberry, and a variety of other popular flavors. A sugar-free option was even added much to the dismay of many suburban youth.

What ingredients are in a Creamsicle? 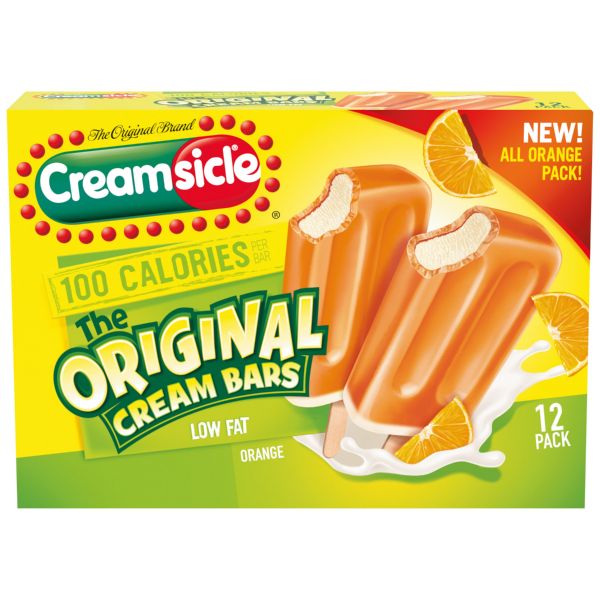 3. The ingredients in the Creamsicle are very simple. A lolly made of vanilla ice cream is first frozen around a stick. After the lolly is coated in semi-frozen juice of different flavors. Then the product remains frozen until it’s unwrapped and enjoyed.

When was it invented? 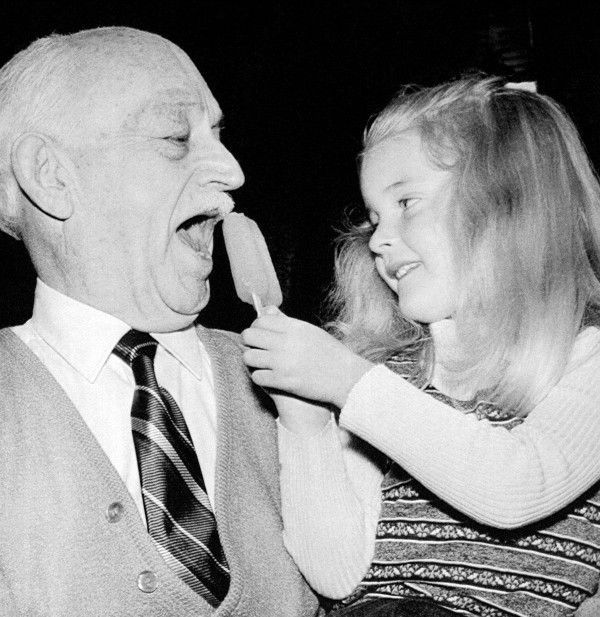 4. The original “Eppsicle” was invented in 1905 by Francis William “Frank” Epperson, from Oakland California, when he was just 11 years old. The accidental founder of the “ice lolly”, Epperson began selling them as “Popsicles” commercially in 1922.

5. The Creamsicle came along later, after Epperson sold the rights to the Popsicle brand to the Joe Lowe Company in 1925. The product was described as a new variety of Popsicle with an ice cream center. More than 15 years later, the company introduced their new Creamsicle brand to the world.

What is a Dreamsicle? 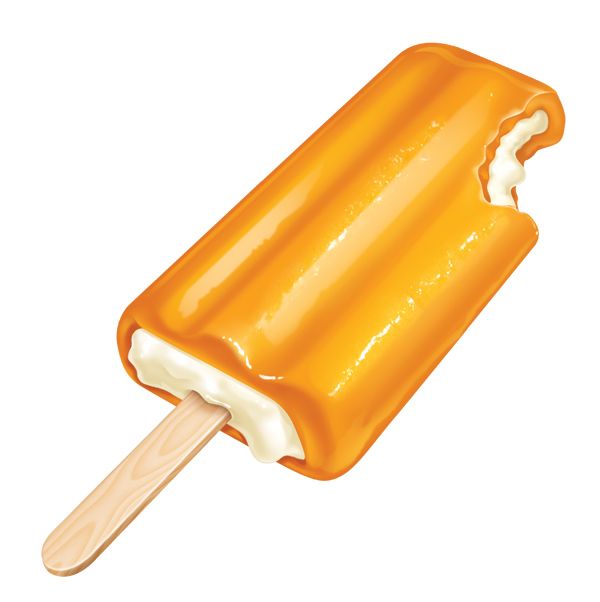 Life is but a Dreamsicle.

6. The Dreamsicle is another brand that came along after the debut of the Creamsicle. The product was similar in form and design with the same frozen juice coating the outside of the soft center. The name was glaringly similar as well.

What’s the difference between Dreamsicle and Creamsicle?

8. Once an opposing brand to the Creamsicle, the Dreamsicle has long since disappeared from our ice cream coolers. The dessert never reached the heights of the Creamsicle.

9. The “Dreamsicle” trademark is now owned by Tish & Snooky’s Manic Panic of New York City, but is not actually an ice lolly anymore. Now, Dreamsicle is a creamy, pastel orange hair dye with warm undertones in their Creamtones Perfect Pastels collection. Who knew?

How many Creamsicle flavors are there? 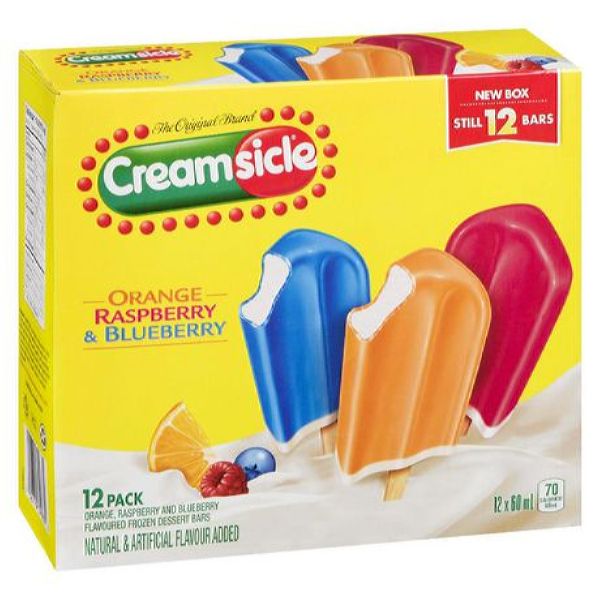 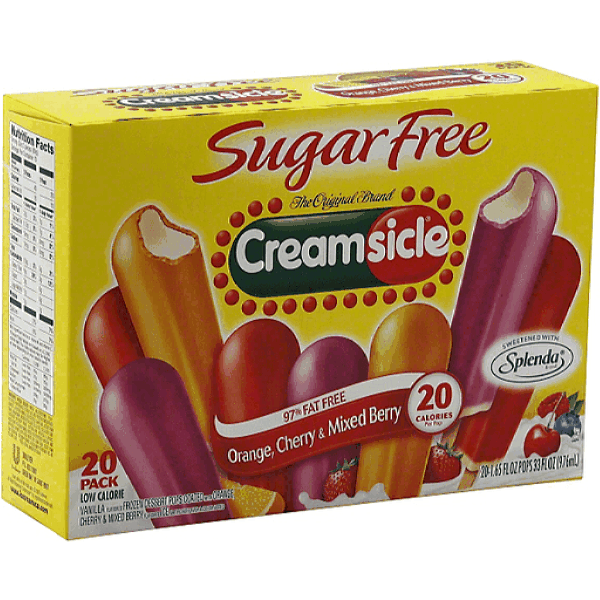 10. Creamsicle flavors today include Orange, Raspberry, and Blueberry, which can be bought together in boxes of 12 or individually in ice cream coolers all over America.

11. Past flavors have included lime, grape, cherry, wild berries, and mixed berries. While not as popular, these pops are still available in select stores nationwide during the summer.

12. The Creamsicle also includes new varieties, including the “100-calorie” bars, low-fat pops, No Added Sugar Bars, and sugar-free pops. There speculation that an organic option could also be released in the near future.

13. With only 100 calories per serving, the Creamsicle is a delicious dessert you can eat after dinner without that guilty feeling. Compare this to dessert alternatives like an average size brownie that comes in at 132 calories. This is a lower calorie option than many other desserts.

Historical facts about the Creamsicle.

Where it all began.

14. The Creamsicle was not an invention of Epperson, but of the Joe Lowe Company, who first had the idea of coating an ice cream with the Popsicle flavors and putting it on a stick.

15. The Creamsicle trademark was bought out by Good Humor-Breyers in 1989, who also held the rights to the Popsicle and Fudgsicle, originally sold as the “Fudgicle”.

16. Good Humor-Breyers was bought out by British-Dutch consumer goods giant Unilever, who issued notices to a number of consumer outlets and websites in 2010 to stop using the “Popsicle” trademark in their business, recommending they use a more generic term, such as “ice pops”.

When is Creamsicle day? 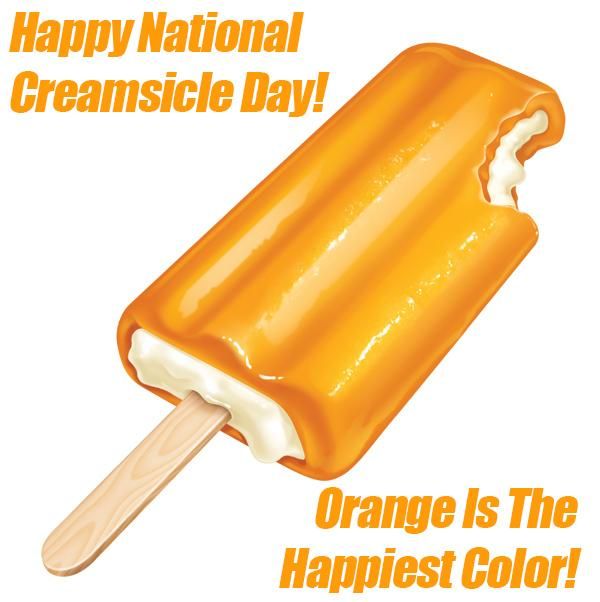 17. National Creamsicle Day is held annually in the United States on August 14. It makes for a great excuse to eat the ice cream Creamsicle and enjoy this traditional summer treat. 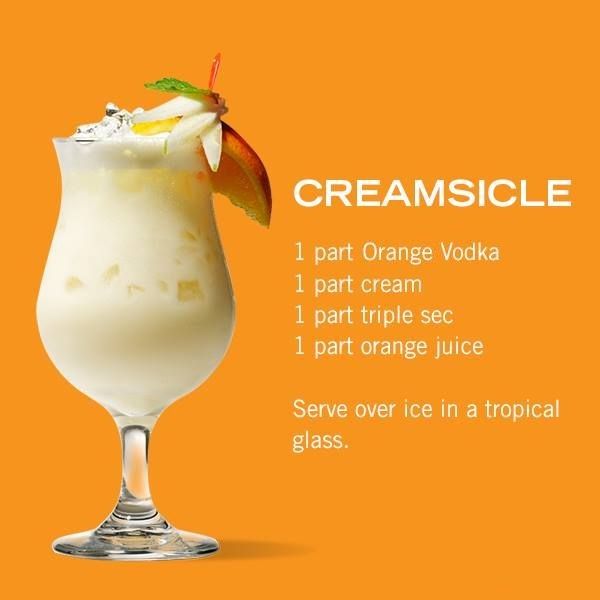 18. Creamsicle has not only been a popular treat for kids for 100 years but have also been popular as an adult drink flavor too. There are a variety of alcoholic beverages that contain the same flavor profile as the Creamsicle. Bottoms up!

19. The Creamsicle is also now a popular cocktail in many bars across the country. Made from a double shot of vodka, with cream, orange liquor, and orange juice or syrup, this sweet creamy cocktail is served either on its own or with orange soda and ice cream.

How many of Creamsicle facts did you know? If you got more than 10 we applaud your knowledge of frozen desserts. You have without a doubt enjoyed at least a half-dozen of these treats. If you got a score of 15 or more you receive our the ultimate praise and can proudly consider yourself a frozen treat king or queen.