115+ Budgeting Quotes That Help You Save More Each Week

The process of developing a spending plan is known as budgeting. A budget refers to this plan for spending money. Developing this budget plan enables you to estimate your financial situation in advance and decide if and how you will have adequate funds to accomplish your goals. You could use this planning approach to set priorities on your spending and concentrate your funds on the things that are most important to you. This could include paying off a mortgage, business debt, save for education or sometimes simply pay the weekly grocery bill.

An expressed budget includes suggestions for how to allocate resources to cover planned expenditures. A budget can show a surplus, which reserve resources could be saved. To inspire your household to save more money each week, check out the list of quotes below. 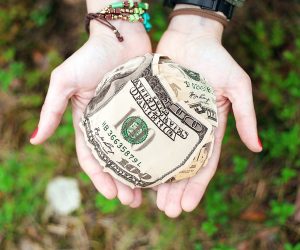 Do you have money leftover at the end of the week after budgeting?

“A cardinal rule in budgeting and saving is to pay yourself first. Once your paycheck hits your account, wisdom has it that you should move some amount to savings even before you pay the bills.” – John Rampton

“Watch the costs and the profits will take care of themselves.” – Andrew Carnegie

“The practice of thrift is not outdated. We must discipline ourselves to live within our incomes even if it means going without or making do. The wise person can distinguish…between basic needs and extravagant wants. Some find budgeting extremely painful, but I promise you, it is never fatal.” – Marvin J. Ashton

“A budget tells us what we can’t afford, but it doesn’t keep us from buying it.” – William Feather

“I grew up in a world before people had credit cards. There were no magic cards – it was all about budgeting.” – Anthea Turner

“What you don’t do, if you’re an adult, is decide that you’re going to budget things through a sequester. What does that word have to do with budgeting? It’s like if you have a family budget and go, ‘We really don’t know what to take out economically from the budget, so we’re going to whack out protein for this week.'” – Lewis Black

“Husbands, recognize your wife’s intelligence and her ability to counsel with you as a real partner regarding family plans, family activities, and family budgeting. Don’t be stingy with your time or with your means. Give her the opportunity to grow intellectually, emotionally, and socially as well as spiritually.” – Ezra Taft Benson

“Smart financial planning – such as budgeting, saving for emergencies, and preparing for retirement – can help households enjoy better lives while weathering financial shocks. Financial education can play a key role in getting to these outcomes.” – Ben Bernanke

“My parents started with very little and were the only ones in their families to graduate from college. As parents, they focused on education, but did not stop at academics – they made sure that we knew music, saw art and theater and traveled – even though it meant budgeting like crazy.” – Jennifer Garner

“After six years of working on low-budget independent films of the too-weird-to-watch variety, being asked by DreamWorks to come and play with the big boys, it was like finding a unicorn in your sock drawer.” – Sienna Guillory

“To make a low-budget independent is not easy work.” – W. Earl Brown

“Never measure the height of a mountain until you have reached the top. Then you will see how low it was.” – Dag Hammarskjold

“I’m used to very low-budget situations. In ‘The Exploding Girl,’ we were literally changing in Starbucks because we didn’t have trailers.” – Zoe Kazan

“Keep a cool head and maintain a low profile. Never take the lead – but aim to do something big.” – Deng Xiaoping

“I hope to always be doing some low budget things.” – Rider Strong

“Never cut a tree down in the wintertime. Never make a negative decision in the low time. Never make your most important decisions when you are in your worst moods. Wait. Be patient. The storm will pass. Spring will come.” – Robert H. Schuller

Life’s so unpredictable. You never know when the next high or low will strike you. The trick is just to flow with the tide.” – Zeenat Aman

“That’s why you call it a budget. You set it and you don’t budge.” – Jennifer Morrison

“I’ll tell you what’s funny about it [NSA wiretapping]: They tell us we gotta cut the budget; we have to have a budget rollback. We’re going to cut the budget on air traffic control, and every once in a while your plane is going to be delayed for three hours. But we do have the money laying around to hire people to read your emails and listen to your phone conversations. That just doesn’t make any friggin’ sense at all.” – Michael Shannon

“Besides great climates and lovely beaches, California and Greece share a fondness for dysfunctional politics and feckless budgeting.” – James Surowiecki

“A budget takes the fun out of money.” – Mason Cooley

“The financial report makes it very clear that if we got into honest budgeting today, that in fact, we would find ourselves with a much larger deficit than we have today.” – Jim Costa

“Starship Troopers was great. It was great fun to work on something with blue screens and big-budget special effects. Denise Richards was nice to look at too, of course.” – Neil Patrick Harris

“I’m living so far beyond my income that we may almost be said to be living apart.” – E. E. Cummings

“You should always live within your income, even if you have to borrow to do so.” – Josh Billings

“Spare no expense to save money on this one.” – Samuel Goldwyn

“Anyone who lives within their means suffers from a lack of imagination.” – Oscar Wilde

“I was from a tough neighborhood, and we didn’t have a lot of money, but my dad worked hard, and my mom is good at budgeting things. That made me appreciate things.” – Imelda May

“I remember I had to go and ask my mom for groceries sometimes because I wasn’t the best person with budgeting. I had to learn the hard way, but you live and learn. It builds character and strength.” – Katie Cassidy

“The national debt is totally unlike a family budget for about a gazillion reasons, not the least of which being that families cannot raise money by fiat or deflate the size of their debt unilaterally and that family members die instead of existing infinitely.” – Matt Taibbi

“Those who analogize the federal budget to a family’s budget must know nothing about either.” – Robert Reich

“What the American family does not want is to pay an increasing fraction of their budget, their precious dollars, for energy costs.” – Steven Chu

“According to the Tax Foundation, taxes now consume more than 38% of the average family’s budget. That is more than is spent on food, clothing, housing, and transportation combined. Compare this to the plight of medieval serfs. They only had to give the lord of the manor one-third of their output – and they were considered slaves. So what does that make us?” – Daniel J. Mitchell

“The average family exists only on paper and its average budget is a fiction, invented by statisticians for the convenience of statisticians.” – Sylvia Porter

“How important are money management and finances in marriage and family affairs? Tremendously. The American Bar Association recently indicated that 89 percent of all divorces could be traced to quarrels and accusations over money. Another study estimated that 75 percent of all divorces result from clashes over finances. Some professional counselors indicated that four out of every five families wrestle with serious money problems.” – Jeffrey R. Holland

“Any sensible family has a budget that lays out how much will be spent for household and other purposes. Without such planning, things would quickly go awry.” – Walter Ulbricht

“It’s tough for me to get rid of clothes. I grew up in a household with a limited budget and we really had to make our nice clothes last, and so now I’ll get free pairs of shoes and this, that and the other, and I’ll be like, ‘Oh great!’; even though it stresses me out that I don’t have enough room to put them, I can’t throw them away.” – Will Ferrell

“In far too many families with young children, both parents are working, when, if they really took an honest look at the budget, they might find they don’t both need to. … What happened in America so that mothers and fathers who leave their children in the care of someone else – or worse yet, home alone after school between three and six in the afternoon – find themselves more affirmed by society? Here, we can thank the influence of radical feminism.” – Rick Santorum 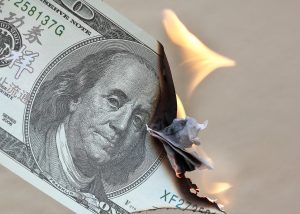 “It is critical that kids start to learn the value of money, short-term and long-term saving and budgeting at an early age.” – Alexa Von Tobel

“All workers, whether they are employed in the private or public sector, should avoid living ‘paycheck to paycheck.’ Studies show that every household wastes 10% or more of its salary or income on unnecessary expenditures or by not taking the time to shop for better prices. It’s all a matter of proper budgeting.” – Mark Skousen

“Money in the bank is like toothpaste in the tube. Easy to take out, hard to put back.” – Earl Wilson

“If saving money is wrong, I don’t want to be right!” – William Shatner

Related Reading: 159+ Quotes about Smiling and Moving on From Hardships with Grace

“The single biggest difference between financial success and financial failure is how well you manage your money. It’s simple: to master money, you must manage money.” – T. Harv Eker

“If you would be wealthy, think of saving as well as getting.” – Benjamin Franklin

“Personally, I tend to worry about what I save, not what I spend.” – Paul Clitheroe

“I save money when I’m working so that I never have to take a role simply to pay the bills.” – Gary Sinise

“I have advocated for rolling back regulations, simplifying the tax code and moving to zero-based budgeting – policies that will support small businesses and raise up the middle class.” – Carly Fiorina

“The only way to reduce our national debt is to grow the economy and cut spending. We have no idea how our money is being spent. As president, I will move all agencies to zero-based budgeting so that every agency has to justify every dollar that they spend.” – Carly Fiorina

“The idea here is for communities to decide how they meet these criteria for becoming sustainable economically, ecologically, and socially. Through a community decision-making process. And exactly how that would be configured, you know, remains to be established. The process of community budgeting, participatory budgeting, is one model that’s been suggested.” – Jill Stein

“If you look at countries that are comparable, like Switzerland or Germany, for example, they have mixed systems. They don’t have just a single-payer system, but they have very clear controls over budgeting and accountability.” – Hillary Clinton

“The administration has a disturbing pattern of behavior when it comes to budgeting not only for the ongoing operations in Iraq and Afghanistan but also for military requirements not directly related to these conflicts.” – Russ Feingold

“I had learned many years ago in private business never to take responsibility without adequate authority; and the new Secretary of Defense, as budgets were sharply cut, quickly found that out.” – Stuart Symington

“The real goal should be reduced government spending, rather than balanced budgets achieved by ever rising tax rates to cover ever rising spending.” – Thomas Sowell

“We must have no carelessness in our dealings with public property or the expenditure of public money. Such a condition is characteristic either of an undeveloped people or of a decadent civilization. America is neither.” – Calvin Coolidge