How to Start a Food Truck in Dubai like Moti Roti

Tahir Shah is the owner of Moti Roti Pakastani Soul Kitchen, a popular food truck in Dubai. Tahir was one of the first food trucks to open in Dubai and the food business got its start as a kiosk in an office space. 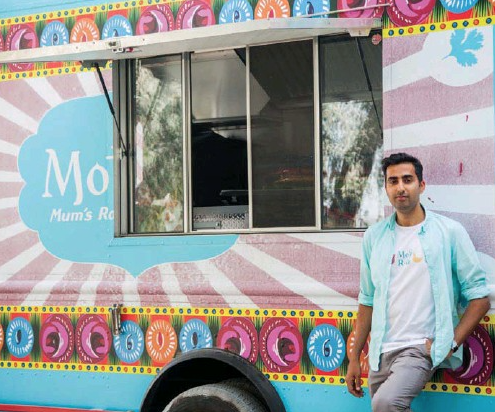 In today’s featured interview Tahir shares his experiences starting and operating a food truck in the city. He also shares the challenges and joys of operating a food truck, why his business added delivery to their model, and his thoughts on why you shouldn’t start a restaurant just because you like to watch celebrity chefs on television. If you happen to live in or visit Dubai, be sure to check out Moti Roti for yourself. It’s worth the trip!

FTE: How did you get the idea to start Moti Roti? Why did you decide to specialize in Pakistani food?

Tahir: There were many reasons, the idea formed because, in the Dubai office scene back in those days, we had very few and limited options for quick, quality lunch; it was either Subway or your local supermarket with sub-par sandwiches. I loved how Chipotle had changed up the perception of Mexican food and I felt that no-one had done anything like this for curries, i.e make it fast-casual, healthy and premium.

Further to this, I wanted people to be able to distinguish real Pakistani Punjabi food where roti is like our ‘tortilla’, as it is far removed to what one is accustomed to in a standard Indian restaurant.

Lastly, i thought it would be great to have something promoting Pakistan positively; food bridges all cultural divides!

FTE: Why did you decide to start Moti Roti in the city of Dubai?

Tahir: I had moved to Dubai in 2006 with Nokia (I had been with Nokia in UK since 1999). In 2012, I was offered a redundancy, and it was at that time i was toying in my mind with the idea of a Chipotle style Pakistani concept. As it happens, after trialing the idea at some community markets, I managed to hustle a kiosk space in the very supermarket downstairs from the Nokia office from which we had been at the mercy of those terrible lunch options! And it all started from there.

FTE: Why do you think your truck in particular has been so popular and successful?
Tahir: We were amongst the first food trucks in Dubai at that time, and I daresay the first Pakistani food truck in the world. We had hard-won a small but earnest cult following from the weekend artisan “Ripe Market” with our popup before starting the truck. However I must admit the competition is intensely fierce now, there are so many trucks in Dubai and with limited opportunities between us for selling. Also a lot of well funded big players in the market have come in with cool and sexy looking trucks, and hip menus. Amongst gourmet burgers, briskets, and burritos Pakistani food becomes a very niche and less sought option. 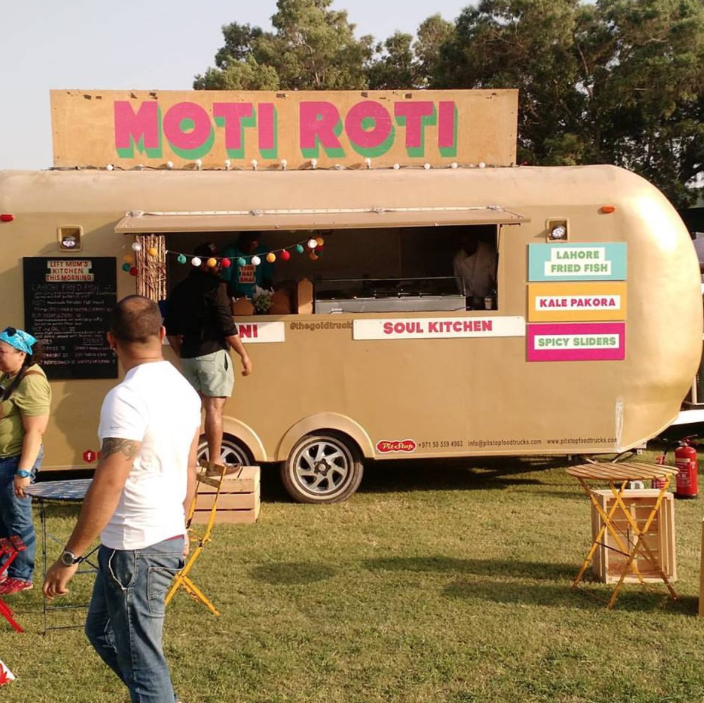 FTE: What is it like operating a food truck in Dubai?

Tahir: I’ll cut straight to the chase. It’s not very profitable if the truck is the sole source of business. This is because Dubai is a very new city and hasn’t evolved yet to the point where food authorities are comfortable demarcating regular zones or places of selling. We all have to rely on events and festivals, which grant us temporary permits to sell. This is only exacerbated with so many event organisers now vying for a lucrative piece of the events scene but a finite event-going public. Add to that demand for trucks are slow during the summer as everyone is indoors to escape the scorching Dubai heat.

For this reason, to bolster the food truck business, we run home delivery from our central kitchen as ordering-in is huge in Dubai.

FTE: Is it difficult starting a food truck in Dubai? Any special rules?

Tahir: There are innumerable difficulties, not least because of a city still in its mobile food infancy, and because the classic truck model from other cities does not translate here. Being a touristic city, the primary ideal of the food authorities is high standard of hygiene, and therefore they only allow a truck to operate if the food is cooked and prepped at an already graded central kitchen or restaurant. This means one must invest in a kitchen to be able to have a truck which in turn blunts the truck’s very purpose; i.e to startup a food idea with limited means. You can outsource to a kitchen supplier but this has a higher operating cost, and therefore you must be an entrepreneur willing to go the distance and prove that you have a great product for the local market.

Having said that, I went through this, running Moti Roti through a very tough couple of years, and in the end I partnered with Foodie Brands in the UAE who are a central kitchen/caterer startup and they likewise believed in the concept of Moti Roti being the forerunner of modern Pakistani/Indian street food.

In response to the difficulties, a handful of us truckers plus the founder of Street Nights in Dubai collaborated to form a supergroup called TruckersDXB (pls check the hashtag truckersdxb), and made a deal with a golf course venue in Dubai to host a a trucker event every weekend. It has turned into a real Dubai community event attracting young crowd and families alike, with live music, chilled outdoor vibe, a bar, shisha and games. I’m very proud be a part of that.

FTE: Do you have any tips for people that want to start their own food truck?

Tahir: Do it if you have a true and obsessive love of a particular food and you want to share that obsession with others. You should not start a food truck because you watched Chef and it looks glamourous.

I would also add that you have to not make decisions out of fear because you didn’t hit your targets (as with most businesses in their first couple of years profitability takes time) – don’t be afraid to experiment with your business model, take time to find the right people who will be a long-term part of your business. People are everything in business. Invest in the right ones who have the right attitude and they will get the business through the growing pains.

Tahir: What i want to share is something intrinsic. Abandoning a way of life to pursue an idea, you must ask yourself why you are doing it. If it is for monetary gain or because you eyed an easy opportunity, maybe you’ll do well initially but that may not last. Most entrepreneurs are people in search of a sense of purpose, a mission, derived from self-belief. This is the engine that makes us ok with things going wrong, with bad decisions, with selling our car and moving to a cheap apartment. It’s what makes us unfazed by naysayers. It’s an uncompromising, immoveable self belief because in your mind you see a goal crystal clear and you can do nothing but move towards it.