How to Start a Food Truck in Boston, MA 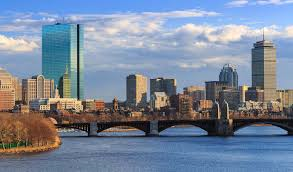 fter opening up regulations in 2011, the food truck movement in Boston has been welcomed to much acclaim. Many are happy with the extra vibrancy it’s brought, not to mention all the delicious food, as the trend has grown and swelled in the city of old. Even despite the damp weather of autumn and snowed-in winters (I hear many a truck is taking the week off as I write this), the warmer parts see these persistently creative entrepreneurs out in droves.

With all this growth, however, comes a jostling for positions and spots, just as it always has. Though courts and events provide relief, the city has found a unique little solution towards the quandary. After having designated 22 different parking locations given to food trucks, Boston then assigns 821 time slots (after dividing each spot into Breakfast, Lunch, and Dinner times) to all the current trucks in operation (81 at the time of writing this) through a lottery drawing. Those with priority/better chances of getting good spots, known as 1st tier, are determined by their scores in health compliance and other inspections beforehand. Thus the system encourages proper, healthy practices if one wants a chance to get surviveable spots. Of course, there are other spots outside of this, and some other groups that do their own lottery in the area of choice.

Thus we’ve already gotten to the point where one needs to carefully consider and plan their trek into the city. If you want to survive, you’ll have to emulate some of the surviving trucks down here, perhaps even contact some for advice. Much like we’ve started today, after sitting down with Jonathan at Moyzilla to go over his city’s events and setups. Let’s see what he has to say.

Question: Why don’t you start by telling us about you, your truck, and how you got started in Boston?

Jon: My name is Jonathan Moy, owner of Moyzilla Food truck. Moyzilla started as a series of crazy daydreams while sitting in my cubicle. Since graduating from Hofstra University in 2008, I had worked as an Analyst for a large financial services company. Given the economy, I went a few years feeling fortunate enough to be employed. The state of being content was overwhelmed by the increasing desire to share my true love of “New-Asian” Street Food with the city. In the summer of 2013 we took a big step and tested our concept at several festivals in the Boston area. The reception was amazing and the experience was unlike anything I had imagined. I was convinced that I had to bring Moyzilla to life, but how? A traditional restaurant would be impossible, financially. But…a food truck! Better yet, win a food truck! We applied and come painfully close to being a part of season 4 of Food Network’s “Great Food Truck Race,” (our embarrassing casting video, including a Moyzilla Harlem Shake Dance, can still be found on YouTube…I will most definitely regret admitting this, I digress). Being rejected motivated me and reinforced my desire to get Moyzilla off the ground. A year later, with tremendous support from family and friends my dream has become a reality. Moyzilla rolled out in April 2014.

Q: What are the main things you think new owners should be aware about your city? Particular regulations, groups, traffic considerations, etc?

Jon: The food-truck program in Boston has grown exponentially since its debut 4 short years ago. The program started with a handful of trucks and has grown rapidly to 80+ trucks this year. Potential owners need to be aware of this. The program is structured. Food trucks are granted spots via a lottery process. The program and available spaces hasn’t grown at the same rate – whether new or veteran, trucks need to be creative and find alternative spots outside of Boston’s public system.

Jon: The best part of owning a truck in Boston is the customers. We’ve been lucky enough to gain social media traction and establish a flattering number of regulars. Bostonians are loyal and passionate; they’re willing to come out in the snow and freezing temperatures the winters here in Boston bring.

Q: Where do the trucks usually end up parking, what are the central business areas for you? Do we have to worry about parking permits?

Jon: Food trucks in Boston have designated spots assigned by lottery. In our first year of business we’ve mainly stuck to areas in the Back Bay and along the Rose Kennedy Greenway, a private strip of land on the east coast of Boston.

Q: So then, how did you end up learning to navigate the streets in your first couple years? Are there any other resources besides the ones mentioned so far that you would suggest others look into?

Jon: Before we started Moyzilla, I worked in an office within Boston. My lunch breaks consisted of checking out the different food truck locations and taking notes. I think the best way to to get familiar with the streets is to get out and explore.

Q: How are events set up in Boston? Have you had any particularly memorable moments at one of them?

Jon: Most events are set-up by private third parties. One of the most popular events is the SoWa Open Market – it takes place every Sunday from May-October. Our first time at SoWa was such a rush. We had no idea what to expect. It was a little intimidating, we were the new guys on the block and we were amongst 15-20 of Boston’s most well known food trucks. It was a blast!

Q: Boston’s somewhat known for its damp, chilly weather when not in summer, I imagine the Winter can take typical street parking strategies out of commission. How have you and other local trucks delt with operating during this down season?

Jon: We stay open year around, mostly to keep our employees working through the year. Operating a truck in Boston during the winter takes dedication and patience. From frozen water tanks to shoveling out from 5 foot snow banks to clear your spot, things can be a bit trying. But of course, we truck on!

OTHER LINKS AND READING MATERIAL

Boston Truck Blog – Reviews to see along with some local news

Food Truck Festival Schedule – upcoming schedule for the whole year, great to plan out for some upcoming events that may not have locked down all their trucks!

City of Boston Links – page with links of all trucks for consumers, as well as Guides, Resources, and some important Documents for new owners to start looking at

We of course hope this post could help introduce new owners to the area of Boston for their food trucking adventures, and thank the Moyzilla Truck for sitting down with us to chat. Good luck getting through the rather insane snowy winter out there; might not be a bad idea to wait until summer to start your own operation!

About the Author: Andrew

A graduate in Bachelors of the International Culinary School at the Art Institutes, Andrew Steifer has spent his days obsessing over everything food and drink. While working towards his Wine Certification, he started writing his own Food Truck Blog focused on reviewing all the mobile vendors of Minnesota.Being the first person to stubbornly pursue a blog like this for their newly budding street food scene, it's safe to say Andrew's love of food trucks is almost dangerous, at least to his wallet. He's been writing since 2013, drinking since 2010, and consuming every delicious morsel he can find every chance he gets.