OPA! On The Go Greek Food Truck for Sale in Deer Park, NY 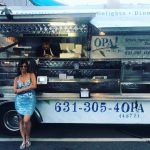 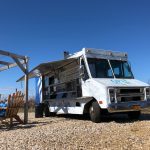 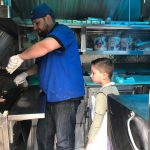 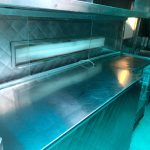 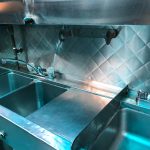 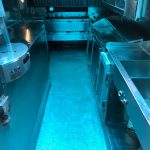 Condition: Used – (Rebuilt From the Inside)

Our Food truck, Opa! on the go was the only Greek Food Truck operating on the East End of Long Island, NY (i.e “The Hamptons”). The truck has been extensively updated with new brakes, automotive electrical system, plumbing including a new hot water heater, and an external tank filing hardware. It also has been fitted with a new V8 engine with less than 1000 miles on it. Although the “box” is old, the truck is in good shape and is totally roadworthy. The kitchen was geared around a large grill with exhaust fan and a gyro machine. Additionally, there is a small fryer and a large coffee system (which we did not use and planned to remove) with external spigots for easy customer access. There is a generous cutting and prep area, as well as cold storage for vegetables and sauces used to make our gyros, etc. The truck opens to the outside with two large doors which reveal a number of product shelves and access to other storage (napkins, cutlery, sodas) for the customers. A “hot holding” cabinet is also accessible from both within the truck with doors, and to the outside customer facing side. A triple door refrigeration/cooling cabinet is cooled by a recently recharged cooling condenser. There are a series of “skylights” which provide ample sunshine and ventilation. Two large windows allow easy order taking and food delivery.

We are offering the truck with a Honda 2000 generator as well as a Clover Point-Of-Sale system included. The POS system including a “Clover Station” (main terminal) and a Clover Mini which faces outward for easy access for CC acceptance. Both units contain thermal printers (Station is external printer, Mini is internal printer). Also included is a 23” touchscreen LCD “Kitchen monitor” which connects to the POS system and provides order information directly to the cook.

The external condition of the truck is good (obviously needs to be re-wrapped with your branding) although one of the doors “struts/shock absorbers” will need to be replaced. In addition, the skylights are in need of some patching due to some rough winter weather. The drivers compartment is very basic and a new drivers seat would be a good investment. We have factored these repairs in to our asking price and are selling the truck “as is”.

The truck was licensed in New York City, as well as Nassau County and Suffolk County on Long Island (NY). All of these permits have expired.

Opa! was known for our gyros, souvlaki, and other greek specialties like our “Athenian Cheese Steak” although burgers, grilled cheese, fries, and hot dogs were popular as well. We were featured in a number of local media programs and participated in all the major food truck “rallies” and established a very positive reputation for our catering along the Hamptons party circuit. We are opening a brick and mortar restaurant and it’s time to say goodbye to our loyal Opa! truck.

Asking price is $44,995 and the truck is currently being stored in Deer Park, NY (Nassau County, Long Island).

If you liked this story, sign up for our newsletter that includes our most popular interviews sent straight to your inbox. 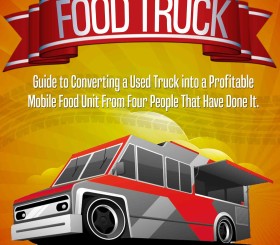